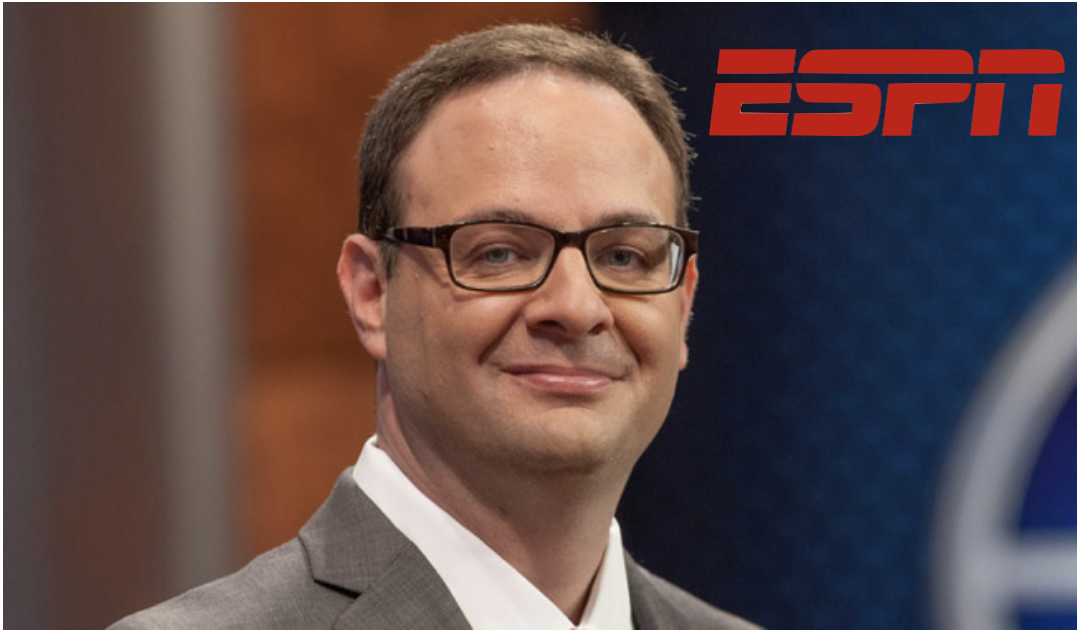 Last week, ESPN cut some of its reporters and on-air personnel. But the sports programmer is also hiring: It has finalized a deal to hire Adrian Wojnarowski, Yahoo’s star NBA reporter.

Wojnarowski is the highest-profile reporter covering pro basketball and is a one-man scoop machine, best known for tracking player trades and signings; he is famed for dispensing his scoops in real time on Twitter. Bringing him aboard means ESPN is hiring its most prominent and fierce competitor. Wojnarowski’s hire is also happening at the same time that ESPN is letting some of its other basketball talent go. Last week, longtime ESPN NBA reporters Marc Stein and Chad Ford said they were part of the company’s mass layoffs. H/T Recode

WOJ BOMB! Except this one wasn’t actually reported by him, but were counting it anyways. What a way to start off the new work week for ESPN, who had just about the worst work week you could have last week. Despite massive layoffs of some very well know and accomplished on-air talent, ESPN is still able to go out and poach the shit out of the biggest thorn in their side. They say every rose has its thorn and Adrian Wojnarowski was always that to ESPN. No amount of Chris Broussard or Mark Stein could ever touch Woj. Clearly, ESPN saw this as they fired Stein last week. Woj is the best breaking news reporter in sports and it’s not even remotely close. Like a bigger difference than Gretzky over anyone else in the NHL. So clearly a fact that it’s almost embarrassing to even have to say it.

Many people’s issues concerning the ESPN layoffs was that they favored loud talking heads over their accomplished and polished reporters and journalists. An argument that seemed to hold merit, until now. Woj is exactly what ESPN needs and pretty much shuts up all arguments when you go out and steal the best, most famous and most well-connected sports reporter on the planet. It goes to show just how powerful still ESPN is. Despite losing thousands of subscribers daily, ESPN still has no one close to them in the world of sports news and coverage. Yes, there are a bunch of little guys together affecting the market share, but these layoffs were just a shift and the first move in a way to reposition the business.

ESPN will be just fine. Yahoo will continue to take L’s as they are being taken over by Verizon this year pretty much just for their use of data.Just because ESPN is losing TV subscribers it doesn’t mean they’re losing eyeballs. They still have all the eyeballs, they’re just coming to them in different ways and at different times. It’s a common misconception that money is the currency, but it’s not. Eyeballs are currency, without them you’re worthless, with them, the sky is the limit.

Yes ESPN fired a number of accomplished journalists, but they’re hiring the Michael Jordan of reporting. Woj will completely revolutionize ESPN”s growing NBA coverage in a way we’ve ever seen. If Woj can do what he did at heading Yahoo “flushing down the toilet” Sports, imagine what he’ll be able to do with the power, resources, and gall of the World Wide Leader.