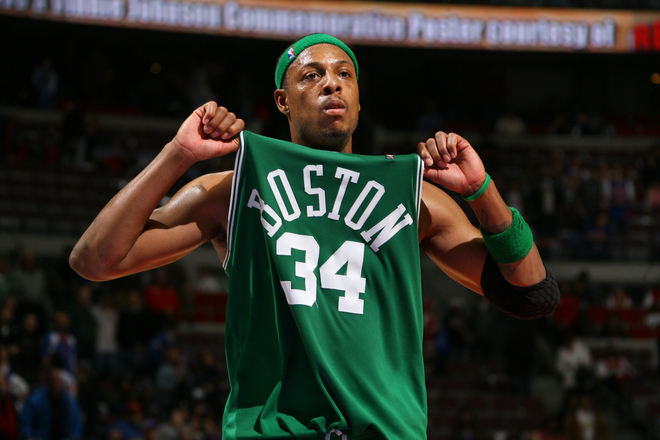 To me, these types of things will never get old. As long as so the person deserves that type of reverence. *Cough* Brandon Jennings *Cough* Paul Pierce absolutely deserves this type of reverence. For me and my generation, Paul Pierce is the closest thing to Derek Jeter Boston has ever had. The only one who’s been with his city and represented it with anywhere close to the same level of passion, class, and success. Though Pierce doesn’t rank up with total championships, he was the best player on his team for the majority of his career. Including the Garnett and Ray Allen years.

Pierce will go down as a Boston legend and rightfully so. He optimized the city and their fans. He played with such a unique and effective style. focusing on hard work and fundamentals. Despite looking like the slowest guy on the court at all times, he was deceptively quick. They always say “Ball don’t lie.” Maybe that’s why they called Paul Pierce “The Truth.”