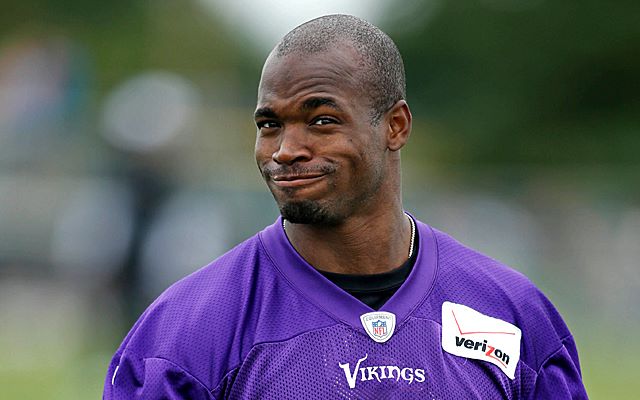 Its not often you get players to name out specific teams they would like to play for BEFORE they are even released from their current team. Yea the Vikings don’t really have Sunday “plans” anymore these days but the Super Bowl is still two plus weeks away.

Given the situation though, the writing is pretty much on the wall for Peterson’s release, unless he can come to some sort of major pay-cut agreement with Minnesota, something I don’t see happening. Peterson, at 31 years old (96 in Running back years)is coming off a major knee injury last year in a season where he fell short of impressive prior to the injury.

As for the three teams he named, Houston, good one, yes they have an elite defense and are a QB away from being a Super Bowl contender, but Brock aint leaving anytime soon and with the size of his cap hit, they wont be able to afford another serviceable replacement.

Tampa, a great young up and coming team with some talent on defense and a real deal young QB about to enter his third season. Only issue is their pretty set at running back, their money could be better spent elsewhere. Doug Martin, though not always healthy, is always a top back when on the field. His backup Charles Sims has been a perfect fill in when Martin is out.

That leaves the Giants. A team with a defense who signed almost in entirety. Hankins and JPP are free agents, they might lose one but the Giants have also shown they’ve got some depth at edge rusher when JPP was hurt this year. The Giants running game was a mess this past year. It was an ever revolving door of backs until they were finally able to find some rhythm with Paul Perkins near the end of the year. Perkins isn’t an every down back though, and maybe an aging Peterson is just the type of do it all back to compliment the soon to be second year UCLA product.  They will have some cap space to spend if they decide to go down this route, but the Giants need offensive line help and they know it. Knowing the history of the Giants and Jerry Reese, they’ll pass on Peterson and use the cap on o line and defensive depth. Draft a running back with the 1st or 2nd overall pick.

There are a lot of routes both the Giants plans and Peterson’s could take, but until today, there wasn’t a thought of them ever having a a chance to intersect.