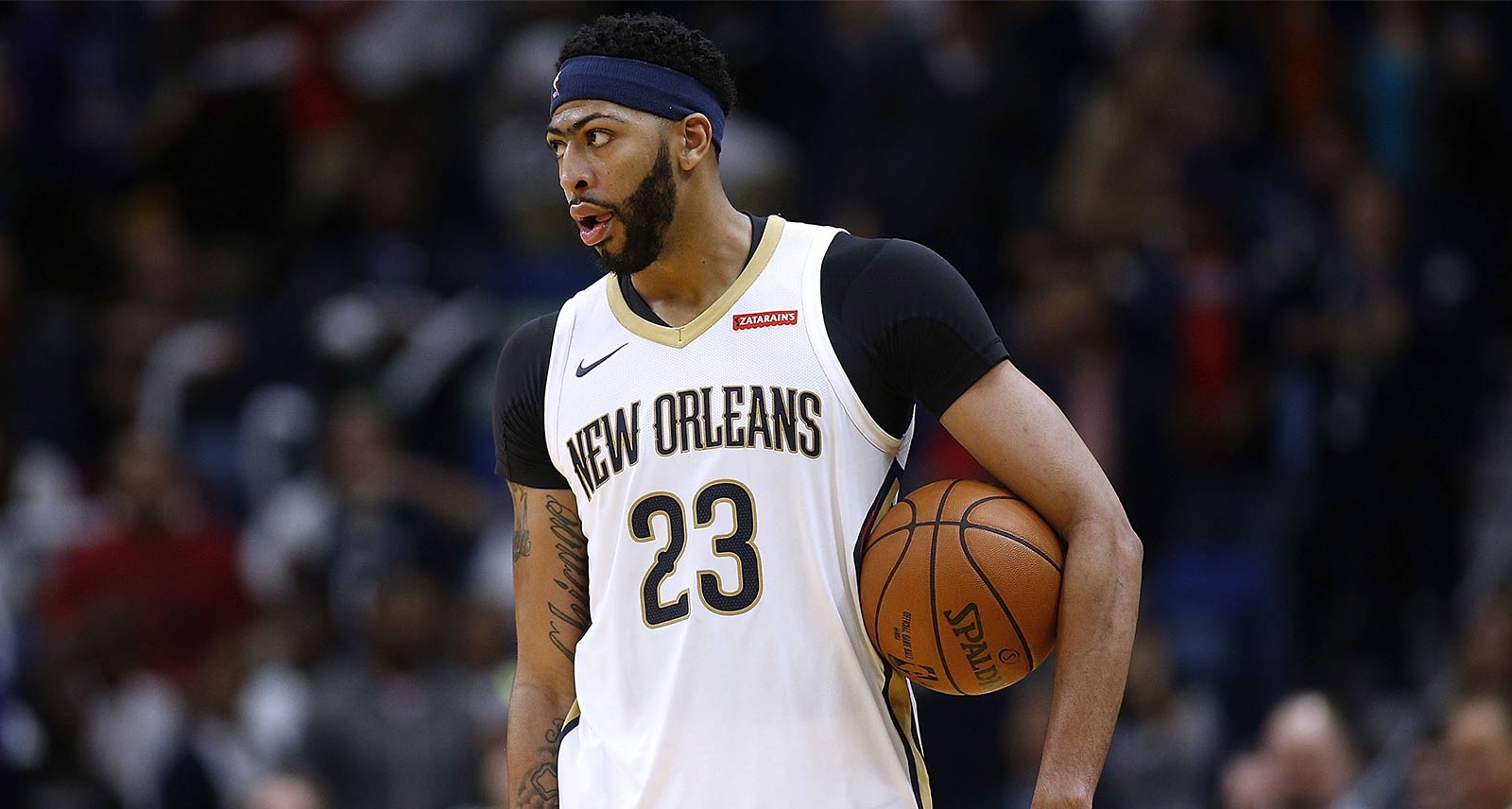 Man oh man, the more time that goes by the more I believe Anthony Davis could actually win the MVP.

After an absolutely unbelievable February where he averaged 35 points and 11 rebounds per game, which I went into more detail about in a post a couple weeks ago, the madness continues.

On Sunday, which was also his 25th birthday, Davis recorded his first career triple-double with points, rebounds…and…wait for it…BLOCKS. Yes you read that right, the Brow went out and got 25 points, 11 rebounds, and 10, count ’em 10 blocks.

This man is on another level at this point. These are NBA 2K numbers. 10 blocks?!?! Just absurd.

Here are all 10 of his blocks from yesterday’s game.

This is reminiscent of his days at Kentucky when he was the ultimate rim protector and averaged 4.7 blocks per game. Granted that was in college and on a stacked Wildcat team that went on to win the National Championship.

Unfortunately this came in a disappointing 116-99 loss to a Jazz team that is currently sitting in a 3-way tie for the final playoff spot in the West.

It is clear that the West is leaps and bounds ahead of the East as far as competetiveness with the 3-10 seed being separated by only 3.5 games, this playoff picture is bound to get shaken up in the final stretch of games.

The Pelicans and Utah are now both 8-2 in their last 10 games and could both easily miss the playoffs if they cannot keep the winning up. As of now New Orleans sits in 4th place, two games behind the red hot Trailblazers, who are 9-1 in their last 10 games and riding on the back of Damian Lillard who leads in almost every offensive category since the start of the new calendar year.

But back to Davis, the man is on fire and won’t slow down. He continues to dominate every team he plays against. Since January 1st he has scored less than 20 points in only 7 out of the 29 Pelicans games which he has played in.

Since the new year he is averaging 29.8 PPG in games he has played in and has been an invaluable asset to the Pelicans. He has recorded 7, 40+ point games and 12, 30+ point games. Absolute insanity.

Now, in order for him to beat out Harden, who some will say has been robbed of the MVP in years past, by Russell Westbrook, who notched an NBA record 42 triple-doubles in a single season and Steph Curry who had a 50-40-90 season and led his team to a season with the most wins in NBA history, he will need to take the 3 seed from Portland.

At this point, there is really no way for anyone to catch Golden State or Houston, but with the intense competition for the 3-8 seeds in the West, getting the #3 spot would prove that Davis is the most valuable player in the league and set the Pelicans up for a potentially deep playoff run.

Obviously, AD would not be putting up the numbers he is right now if Boogie didn’t tear his achilles, but it also wouldn’t be fair to not mention that without AD this team would have fallen out of the top 10 in the West faster than Gordon Hayward went out for the season.

Like I said in my previous post about Davis, I am fully on the AD Express and really think he has a legitimate shot at this years MVP, but just like every other year, we will just have to wait and see.