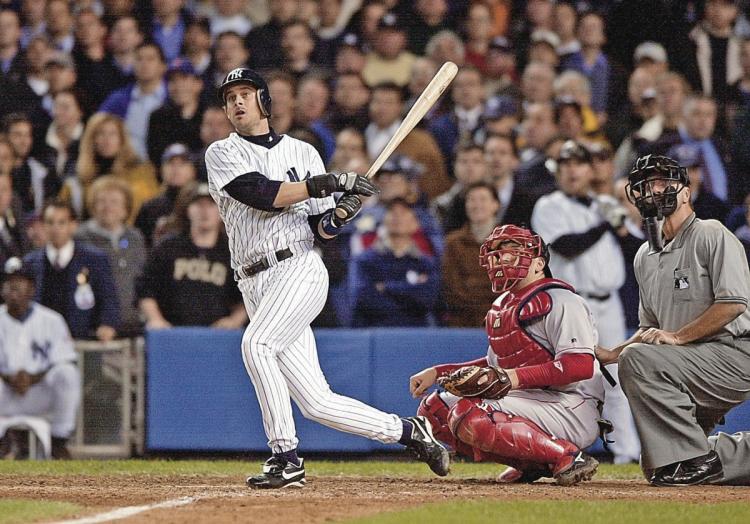 Wednesday at 12 pm the New York Yankees will announce their 28th manager in the history of the organization, Aaron Boone. Best known to Yankee fans from the home run in the 2003 ALCS game 7 that sent the Yanks to the World Series over the hated Boston Red Sox.

Boone beat out Hensly Meulens, Rob Thompson, Chris Woodworth, Carlos Beltran, and one of his last managers in the big league, Eric Wedge (Cleveland Indians 06-07). This at first seems like a shocking move since he had no coaching experience at any level.  However, this is not that outlandish for the Bombers. Eight managers have been hired in the past with no experience in the history of the team. Most recently Lou Piniella in 1986. Some other notable names are Yogi Berra, Bill Dicky, and Bucky Dent.

Its almost expected that Aaron will do a better job than who were just mentioned. None of the eight won a Series in their tenure as manager. Boonie’s highly regarded communication skills and his way apply analytics were key to his hiring. Regarded by many as a kid a heart, he’s a huge fan of fantasy football and someone who isn’t shy to do impression of teammates.

These aren’t normal traits for your stereotypical manager for this historic team. Torre and Girardi were known for running an intense locker room. This seems like a big changeup for the organization. This leads some fans to wonder if this is too of a high-profile job for him? New York is one of the toughest media markets in sports and has eaten up players and managers alike for decades. But just like in 2003 Aaron Boone is out to prove no situation is too big for him. Being around professional baseball his whole life he knows to be patient and pick his spots. He comes from three generations of professional ballplayers, and all of them have even reached an all-star game.

Grandfather, Ray Boone, played from 1948-1960 making to one World Series in his tenure (Cleveland Indians 2948, they’re last championship). While his father Bob played from 1972-1990 and winning a championship with the Philadelphia Phillies in 1980. Just eight years old at that point, Aaron Boone thought winning would be he family destiny. Unfortunately, Aaron was unable to do that in his playing career. Now he is trying to rewrite his own destiny and become a champion another way.

It is common knowledge to the baseball world that the fresh look, not so baby bombers are on to something. Gary Sanchez, Luis Severino, Greg Bird, and Aaron Judge are becoming the new core-four. Boone has won the lottery by landing this job and he’s going to cash in. The Yankees aren’t in the hurry up and wait business. Let’s hope this Joe Torre disciple is more successful than the last.