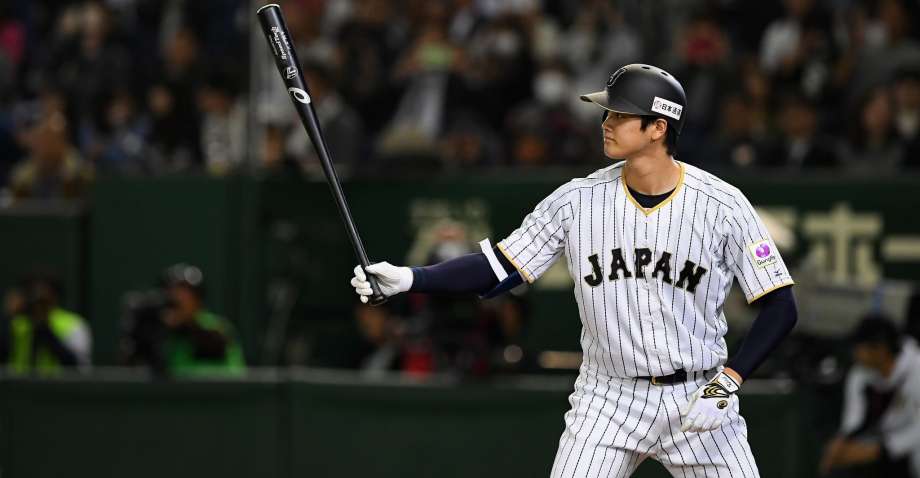 When Shohei Ohtani told us all last week that he was going to sign with a midwest or west team in a small market, pretty much all he was saying is “I don’t wanna win, I’m scared of the bright lights, but I still wanna be the main guy.” And that’s the extent of everything he’ll accomplish in the majors if he does indeed to go down that path. With 7 teams believed to be still in the hunt, one team is already acting like Shohei Ohtani is signed sealed delivered. Who is that team? The Seattle Mariners.

One baseball person whose opinion I respect told me earlier this week that he'll be "shocked'' if Shohei Ohtani doesn't wind up in Seattle. He wasn't basing it on any inside knowledge. But Jerry Dipoto is certainly acting like a guy who won't take "no'' for an answer.

This is more than just a rumor though. This isn’t Crasnick just hearing what some assistant GM in the back tunnels of a stadium or training center. The Mariners are in fact taking actual steps to show there is some possible truth behind this report. In other words, this theory might hold water. The Mariners made a trade Thursday that indicates just that.

Yes, the Mariners traded for Dee Gordon, a nice player who actually won a batting title two years ago. In the grand scheme of signing Ohtani though, Gordon is irrelevant. The important thing to note is this deal gives the Mariners an additional roughly $1 million in international signing money. Which now gives them one of the highest international caps of the remaining teams (more money to give to Ohtani). If Ohtani does in fact sign with Seattle it will be the end of the most baffling and illogical process ever. Honestly, it’s made me devalue him. He sounds like a mental midget. Someone scared of the bright lights and the big stage. Someone who values personal admiration over championships.

Sure he’ll go to Seattle and probably have a decent career. Maybe hit .300. Maybe win 17-18 games in a year if they pitch him. He’ll be comfortable in his small market, with an organization who knows how to treat Japanese players. Ichiro came there and is one of the best and most beloved players in team history. The fans will buy his jerseys and cheer for him every time he touches the field. You know why? Because that’s all they’ll have to look forward to. When Ohtani steps to the plate or hits the hill every 5 days. He’ll be the modern-day Ichiro. He’ll get all the love and admiration from the small market west coast team he desires. There’s one thing Ichiro never got though and as long as Ohtani is playing in Seattle he’ll never get it either, a World Series title.

Not because he doesn’t have the talent or ability to because he’s scared to play for a team that has a chance to do so. That alone should let the teams know that are missing out on him that they probably aren’t missing out on the generational player they’ve been fantasizing about.