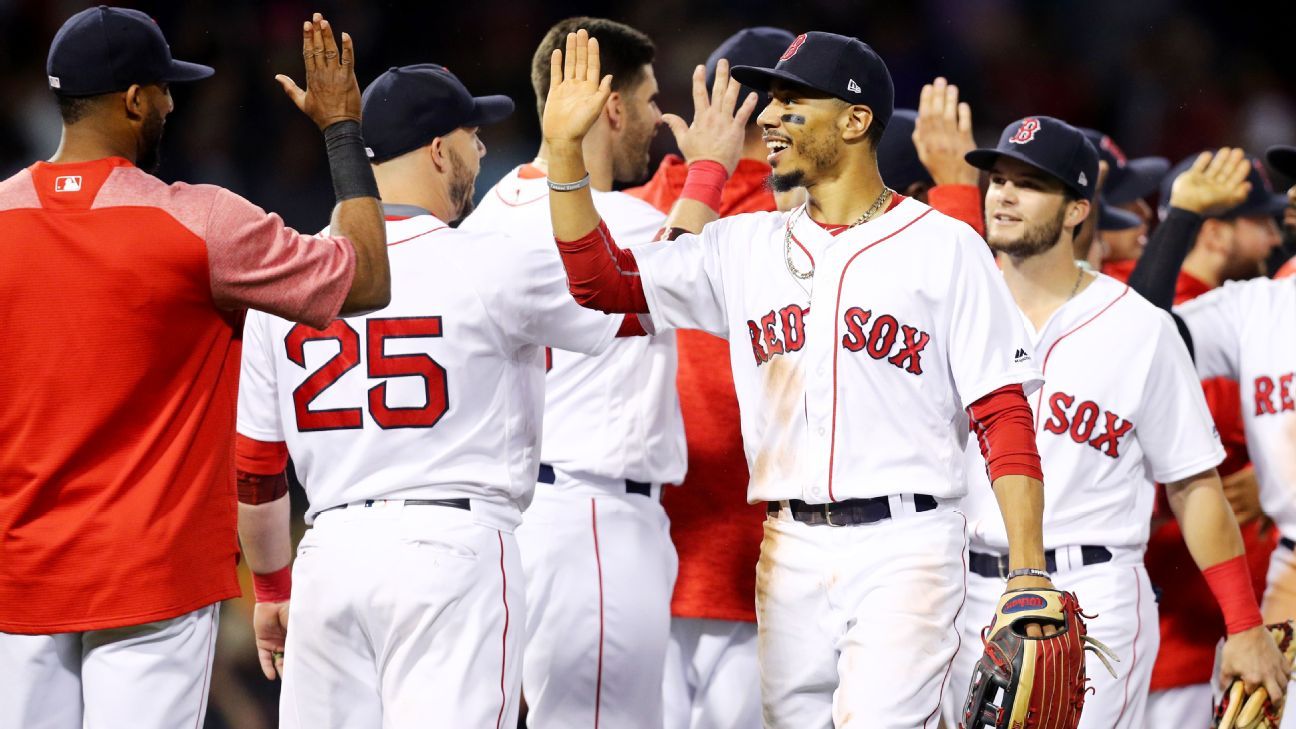 I’ll be honest, before this season started, I expected very big things from this Red Sox team, winning 100+ regular season games was not one of them.

The acquisition of one of the best power hitters in the game, J.D. Martinez was a move that the front office felt needed to be made in order to fill the Big Papi-sized hole in the heart of the Sox lineup.

Turns out it was probably one of the best decisions this organization has made in my lifetime, as they are on pace to break the franchise record of wins, which is currently 105, set by the 1912 Red Sox.

When they signed J.D., they didn’t just get a great hitter, they got the best hitter in baseball this season.

Martinez has exceeded every expectation I had coming into the season leading the league in not only home runs but also RBI’s for the majority of the season.

Every single plate appearance has been must-watch baseball,  but his dominance is not the only thing he brought to this team. J.D. has become a leader in the clubhouse acting as basically another hitting coach, helping players like MVP favorite, Mookie Betts work on his swing path, resulting in Mookie leading the entire league in batting average at .340.

Other players like Jackey Bradley Jr., who struggled hard for the first three months of the season, with a batting average below .200 is now hovering around .240 since working with the star slugger.

His outstanding play and veteran leadership has helped shape the team into an absolute force this regular season. At one point in August they had over a .700 winning percentage. Absolutely insane.

Since then they hit a bit of a slump, but still have an amazing winning percentage of .685 as of today.

In the preseason I predicted that the Sox would finish 2nd in the AL East with 96 wins to the Yankees with over 100 wins.

The Yankees coming into this season looked like a clear World Series favorite.  After adding reigning NL MVP, Giancarlo Stanton to the already stacked lineup that included Aaron Judge and Didi Gregorios, combined with their rookie future superstars, Miguel Andujar, and Gleybar Torres, and dominant pitchers like Luis Severino and Aroldis Chapman, it was an easy prediction to make.

Thankfully I have never been good at predicting win totals as the Sox eclipsed my prediction with about 26 games to go.

As of right now, the Sox are on pace for 110 wins, for those of you that are bad at math, that’s 14 more than I had originally predicted. Talk about killing it.

Although this regular season has been one for the books and probably the most entertaining baseball season of my lifetime, once the calendar hits October, everyone’s record is 0-0. Not one of those 110 wins will matter and it’s all about the first one to 11 wins.

Saying I have been blessed as a Red Sox fan would be an understatement. In just 14 short years I have seen my guys win 3 championships, something the Sox went 86 years without. Generations of people lived and died without seeing those lovable losers take home the big one.

That’s not to say I haven’t had my fair share of heartbreak as a Red Sox fan, we all remember 2003, and that joker who coaches the Yankees going deep to walk-off and send the Sox packing. And who could forget the historical September collapse under Terry Francona in 2011? How about last-place finishes in 2012 and 2014?

You can’t take anything for granted as a baseball fan, you could win 150 games, if you don’t show up in October, none of it matters.

With that being said, I am going to take the next 16 games and enjoy watching this team do what it does, win baseball games and make history.