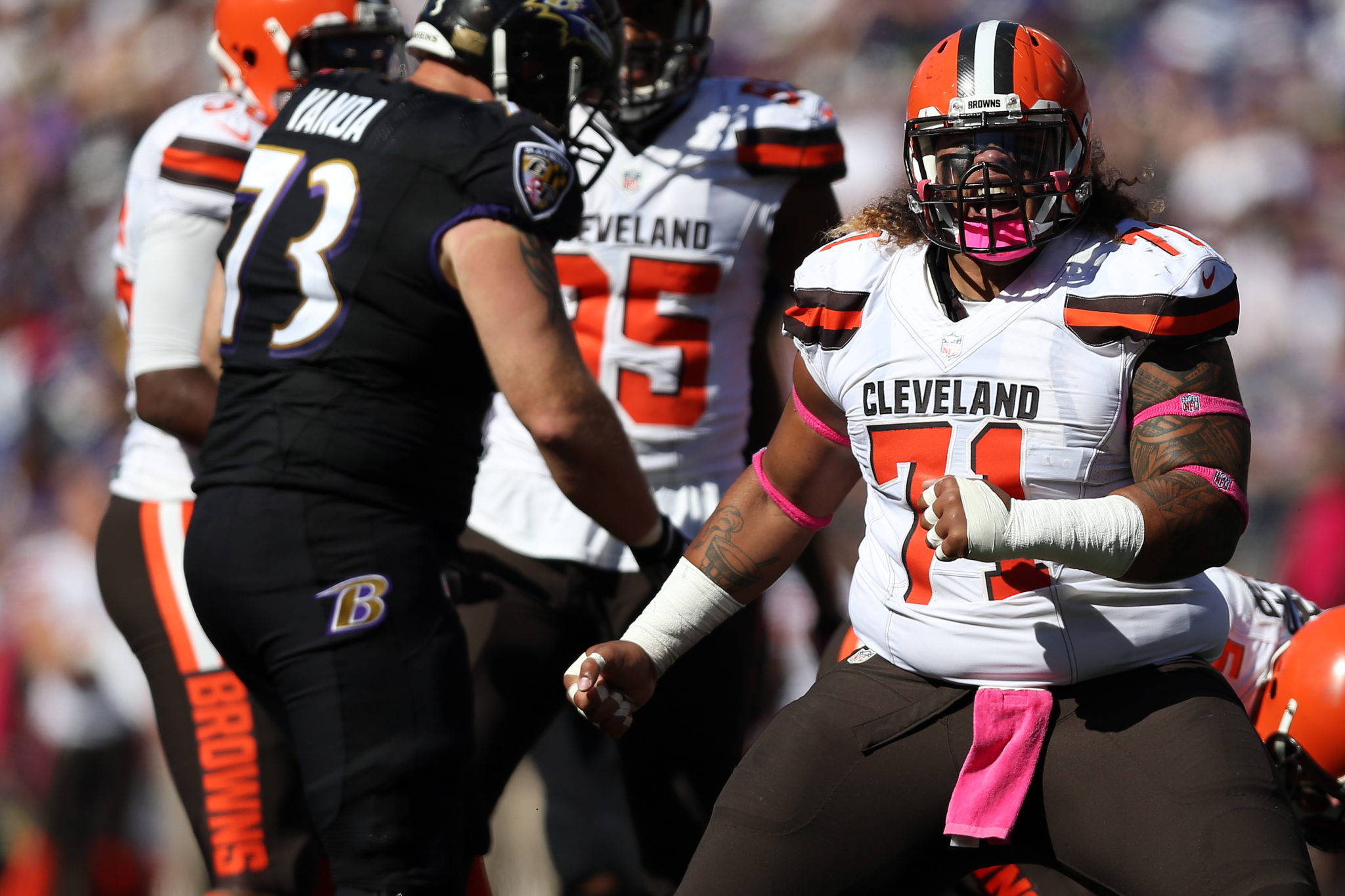 What is happening in the Browns front office today?

It’s like all of a sudden after years of being a laughing stock and incredibly mismanaged team, the Browns decided to take some notes from the Scarecrow and ask the all-powerful Oz for a Brain.

After going 1-31 in the last two seasons, the Browns decided to stick with head coach Hue Jackson and build around him. Not the best coach, but most likely the best coach this dumpster fire of a team could get, so why not keep him and let him have a 3rd go at it?

Today, something clicked in John Dorsey’s head and he decided “Hey! I’m going to do something productive today and make sure when I inevitably screw up the 1st and 4th overall picks I don’t lose my job!”

Jarvis also finished tied for fourth in the league for receiving touchdowns with 9, a career high.

Now picture Landry and Josh Gordon on the same offense. In 2013, Gordon’s last full season he hauled in a massive 1,646 receiving yards and 9 TD’s. Since then he has only played 10 games and is expected to play a full slate in 2018, barring any more stupid decisions that will lead to missing another full season due to suspension.

Now I know what you’re thinking, man if only the Browns had a quarterback other than Deshone Kizer.

Well, guess what? After the Browns traded for Jarvis, they went out and got Bills Quarterback, Tyrod Taylor for a 3rd round draft pick.

While Tyrod isn’t the most impressive QB out there, he isn’t terrible. I mean after all, he did get the Bills to their first playoff birth since 1999. With the lackluster talent the Bills had offensively this season, Taylor managed to throw for 2,799 yards, 14 TD’s and only 4 interceptions over 15 games. He also added 427 rushing yards and 4 rushing touchdowns, proving to be a threat on the ground as well.

With Landry and Flash Gordon running routes for him, Tyrod has a good chance at having one of the best statistical years of his career. With 45  starts under his belt, he has had a chance to get some great NFL experience and put himself in a position to succeed given the opportunity.

Then, just when we thought it was over, Dealin’ Dorsey went out and got a solid cornerback in Demarious Randall for the Browns 2017 QB, Deshone Kizer. In his 3 seasons in Green Bay, Randall has 10 interceptions, two of which were TD’s, and 124 tackles. Extremely reliable numbers year in and year out.

This move will also give Kizer a chance to grow and learn from one of the greatest quarterbacks to ever play, a role which could make him a legit starting QB someday not too far away.

With not much of a loss with trading Kizer and replacing him with in my opinion a better QB, Tyrod Taylor, the Browns have made some big steps towards not being the bottom of the barrel.

The Believe-land Browns still have the 1st and 4th overall picks in this year’s draft. With Tyrod being a great bridge quarterback, there’s a decent chance the Browns stick it out with him and don’t draft a QB in the 1st round.

On this week’s”The Extra Point” podcast I predicted that the Browns would take Penn State running back, Saquon Barkley. The 6 foot tall, 233-pound back, who finished his junior year at PSU with 1,271 yards and 18 TD’s. Not to mention some of the best measurables from the combine we have ever seen.

With a 41” vertical jump, 4.40 second 40-yard, and 28 reps on the 225-pound bench press, he proved not only is he a talented football player, but a freak athlete. Now, after these trades today, I am fully believing they will take Barkley #1 and add to their growing offensive potential.

The 4th overall pick could still very well be a QB. On Sunday’s episode, I also predicted that the Browns would take USC quarterback, Sam Darnold. Now, I’m not so sure.

I think the right move here would be to balance out the offensive moves with some defense and take Alabama Defensive Back, Minkah Fitzpatrick with #4.

The two-time All-American who had 110 tackles, 9 INT’s, and 5 sacks in his 3 years playing for the Crimson Tide would add to a secondary that looks like it is one move away from being able to make a significant impact.

Not to mention he is a winner, having won the SEC twice along with two CFP National Championship. Adding more players like this will bring an environment of players who are driven and have a natural desire to win.

Today was a shocker for most people, the Browns have long been a team you expect to make horrible decisions and lose a ton of games. It appears that the Browns are tired of their losing ways and are definitely making strides towards being a respectable franchise in a league where winning is everything.