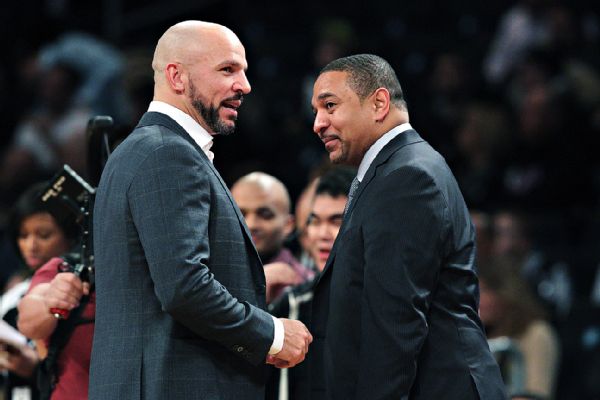 Just when you think the NBA hot stove has been too quiet lately the Milwaukee Bucks said hold my beer. The Bucks unexpectedly fired their head coach and general manger Jason Kidd during his fourth year with the team. The firing comes as a surprise to most as the Bucks are still in the playoff picture in the east sitting as the 8th seed currently.

However, the Bucks had high very hopes going into the year led by rising superstar Giannis Antetokunmpo. Especially in an eastern conference which seems to be losing star power by the year. A team led by the Greek Freak shouldn’t be on the fringe of playoff contention. In fact, the Bucks were hoping to compete for a top-four seed this upcoming season but injuries to players like Jabari Parker and poor defense has curbed those efforts. Kidd, the longtime Net, finishes his second coaching gig with a 139-153 record over four seasons, respectable but far from impressive. Which leads us to the question why now? Especially when the Bucks have a game tonight.

I think he was fired in large part because of his failure to meet expectations, but still, there’s gotta be more than that right? He has done some good in his tenure which should be recognized. Like how he let Giannis continue to play his natural position of point guard. Many thought he was too big to play the point and thought he should play to his size as a forward, but Kidd let him play his game and it’s clearly worked out great for Giannis. He’s also been pivotal in the development of young sophomore guard Malcolm Brogdon and traded for the dynamic Eric Bledsoe as GM. Other than the typical rifts most coaches have with management I think the real reason they let him go is that they have something bigger brewing in their future plans. And that my friends is Mark Jackson.

Yes- I am telling you right now that Mark Jackson will be the next coach of the Milwaukee Bucks to start the 2018 season, lock it in! I don’t think they saw the team reaching elite status anytime soon under Kidd with a lack of defensive toughness. And who is the best defensive coach on the market? Mark fucking Jackson. The same Mark Jackson who got the short end of the stick in Golden State who paved the way for Kerr and the Warriors. How much would that fucking suck to put in all the work and develop players like Draymond Green, Klay Thompson, and Steph Curry just to be fired unfairly and unjustly? Well, guess what, Jackson has been out a few seasons now and I think he’s ready to make his comeback to the NBA with a chip on his shoulder.

Why the Bucks though? Well for starters the Greek Freak is a talent that any coach would dream of and one the game has literally not seen before. At 6’11 he can get to the bucket in one to two dribbles and displays tremendous strength, quickness and vision. To go with Giannis is a rising young nucleus of Brogdon, Parker, Maker and Middleton to go with the explosive Eric Bledsoe. There’s also no real dominant team in the east, the Celtics are good but not great, the Raptors are the Raptors and who knows if LeBron will be in the east next year. My guess is he goes to Philly, LA, or San Antonio. The people of Milwaukee will LOVE a tough defensive minded coach like Jackson.

Now is it just me or do you just relish the opportunity of listening to Mark Jackson alongside Jeff Van Gundy? Their constant bickering, arguments and Jackson going “MAMA THERE GOES THAT MAN” or “CAN I HAVE THIS DANCE” just gives you goosebumps. Mark Jackson is like what John Gruden was to the NFL and Monday Night Football. You’ll never find someone with more passion and love for their sport then Gruden and Jackson. Two competitors who just love the game and are a joy to listen to with their vast knowledge. It was only a matter of time before we lost Gruden to an NFL team. Sadly we too will also lose Jackson the broadcaster but the Milwaukee Bucks will, in turn, get a fantastic coach who will be ready to take on a possibly LeBron-less Eastern Conference next year. Stay woke.