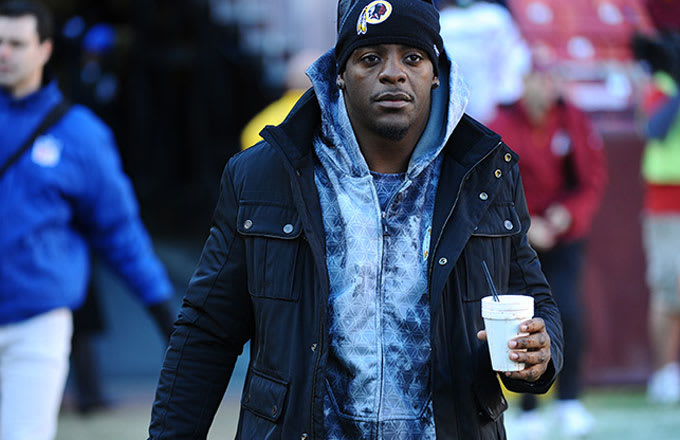 Here is a clip of them talking about the pre-game shots. I would watch the whole interview though. It's 45 minutes but it flies by pic.twitter.com/BxIiXGLyr0

A lot of people are gonna hear this, sit back and talk about how irresponsible this is. Say how disrespectful to the job it is. How immature of a thought process this is, but honestly, fuck those people, this is awesome any way you cut it. While I’ll admit there is a fine line where this could become all of those things I listed above, but this isn’t crossing that line, not even close.

Clearly, this had no bad effect on their games as all of those guys were having great seasons and careers at the time. Honestly, they were arguably the Redskins three best players. Football is a game of toughness and grit. Is there any time you feel better than after a drink or two? Right when you start to feel the slightest bit of buzz. You get a little boost of energy and happiness. A weight is lifted off your shoulders. It’s all the positives of alcohol coming on before any of the negatives arrive. It’s a glorious state of the human mind and body. It’s the fine line when alcohol actually becomes a performance enhancer, not the other way around.

This was more than that to these guys though. It was their thing, their tradition. It brought them to their happy place and got them in the right state of mind before every game. Every player has different reasons and superstitions and ways to prepare for games. This was theirs. When Sean Taylor tragically was taken from them, from all of us, way, way too soon, it was a way for them to cope. A way for them to continue to honor Sean Taylor, despite him no longer being there to take shots with them. Fuck Ron Zorn for ruining that. Bum ass coach that I didn’t even remember existed until Clinton Portis wasted a breath on him.

He broke an awesome bond and ruined a great tradition. He’ll have to live with that on his conscious for the rest of his life. Two friends honoring one of the greatest safeties in NFL history by literally pouring one out for their fallen homie. A tradition like no other and Ron Zorn says fuck that? Nah, fuck you, Ron Zorn.