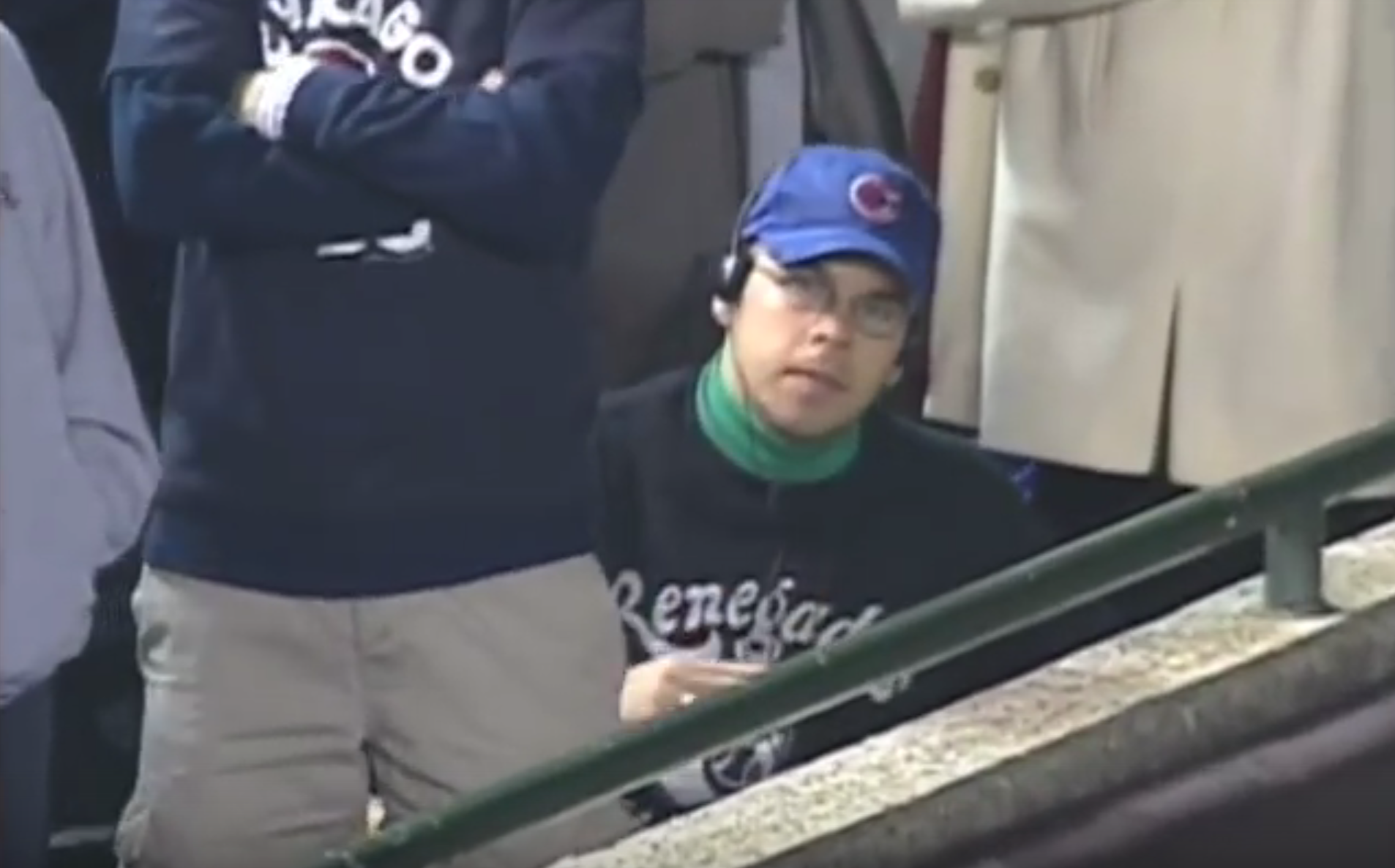 Steve Bartman has received an official Chicago Cubs 2016 World Series Championship ring as a special gift from the Ricketts family and the Cubs organization. Arguably the team’s most infamous fan, Bartman is remembered for tipping a foul ball that left fielder Moises Alou unsuccessfully tried to catch in Game 6 of the 2003 National League Championship Series. Now, 14 years later, Cubs owner Tom Ricketts thought it was high time to extend an olive branch.

Bartman received the ring before noon Monday in Ricketts’ office. Cubs President of Baseball Operations Theo Epstein and President of Operations Crane Kenney were also present. Ricketts then showed Bartman around Wrigley a bit, so he could see what was new since he’d last been to the park. The Cubs released a single photo of Bartman’s ring.

“On behalf of the entire Chicago Cubs organization, we are honored to present a 2016 World Series Championship Ring to Mr. Steve Bartman,” the Cubs told WGN in a statement. “We hope this provides closure on an unfortunate chapter of the story that has perpetuated throughout our quest to win a long-awaited World Series. While no gesture can fully lift the public burden he has endured for more than a decade, we felt it was important Steve knows he has been and continues to be fully embraced by this organization. After all, he has sacrificed, we are proud to recognize Steve Bartman with this gift today.”

Stevie! How ya doing! Now I know this whole saga has been an absolute nightmare for you. Something you probably want to forget in every way imaginable. You were the most wrongfully treated person in the history of sports. You’ll never get back that time, and I can’t imagine any way you could find it in your heart to forgive Chicagoans. Although, judging by your statement, you have. I’m here to tell you, that’s the wrong move, Stevie.

A wise man by the name of Roy McAvoy once said, “When a defining comes along, you define the moment, or the moment defines you.” That night in 2003 was a defining moment. But lucky for Steve Bartman, so is today. The Cubs are back against a wall, they’re vulnerable. They know they’ve fucked up not giving you the support and advocacy you deserved the last 13-14 years. They know they have once chance to pay you back and make things right and they can’t fuck it up.

That’s why Steve Bartman must add insult to injury, just as the Cubs did to him back in 2003 and ever since. Bartman has to parlay this into a book deal, a movie script or possibly a TV show. He could get paid for appearances, guest host talks shows, and sports radio. Start your own website or YouTube channel. Pretty much anything under the sun. He needs to snatch this chance at fame…the good kind of fame. Celebrity status is so big these days and Bartman could have it instantly.

The Cubs are in a position to be forced to support Bartman in every endeavor he chooses to pursue, but it has to start now. Sure the $70k ring is a nice touch, but it’s not enough. Not for what they did to Bartman. Chicago owes him more than that. A lot more.

I know it sounds like a lot Steve, I know this whole ordeal makes you not want to be in the spotlight and that is totally understandable. All I’m saying is, you were once infamous, you deserve the chance to be famous.