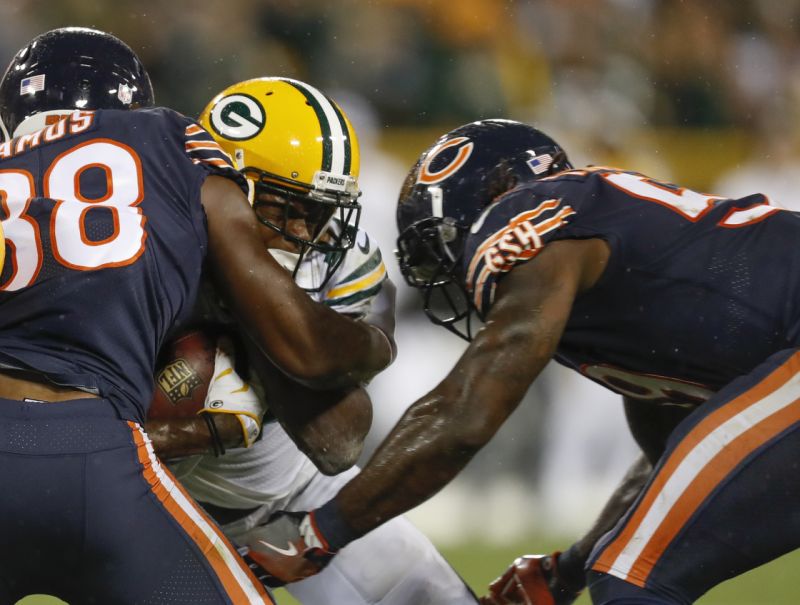 Just a flat our brutal hit. I’m not sure I’ve ever seen a football helmet bend like that. This is about as bad as a hit can look. Though after hearing Trevathan’s comments after the game, I think there’s a legitimate chance Trevathan didn’t have the intent to injure him. For the most part, I air on the side of “you know what you’re getting yourself into paying football” crowd, but there’s also an imaginary line in my head. If that imaginary line is crossed, the intent no longer matters. This hit crossed that line.

Leave it to the NFL to stay consistent in being inconsistent on every call they make regarding discipline. That brutal hit happens and Trevathan isn’t even ejected? Ummmm….what? Vontaze Burfict gets within five feet of a guys helmet at that speed and you can pencil him in for a 4 game suspension. Intent or not, this hit deserves a suspension. At least two games. One for not being ejected tonight and another one for the hit. But who knows. Greg Hardy beat his girlfriend nearly to death, he got suspended two games and a new contract. Tom Brady had some guy take the air out of some football’s, suspended 4 games and a trial. The NFL: Where we make it up as we go along!

Kevin Durant Comes Clean About His Fake Twitter Accounts, But Why?
Is Derek Carr Superman If He Returns From A Broken Back In Two Weeks?
To Top