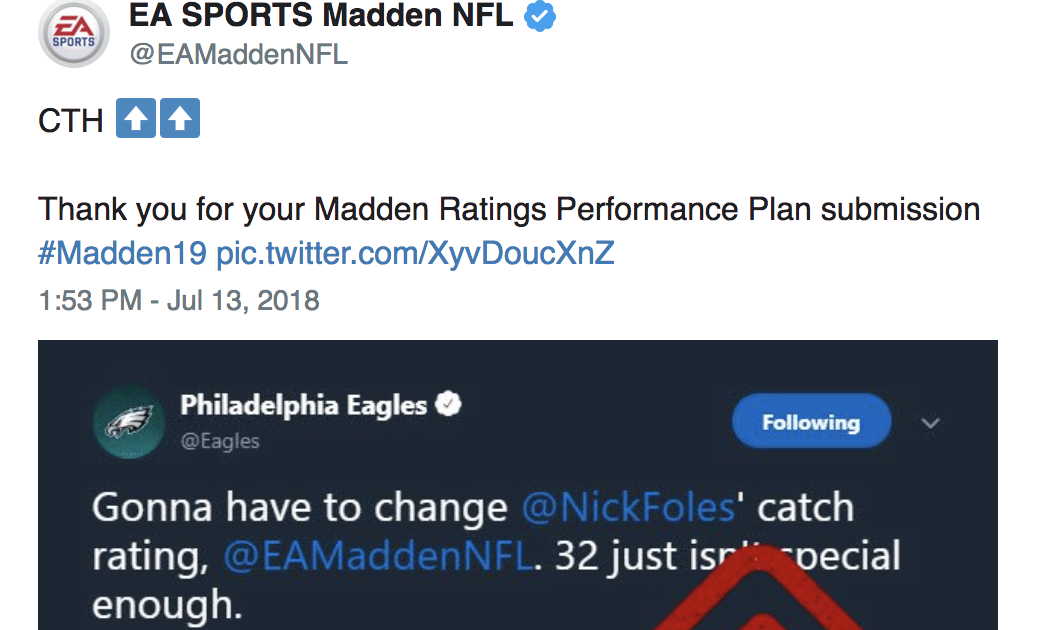 Here we are at that weird time of year where we are all starting to think about the NFL again, but training camp and other actual real things aren’t quite happening yet. So we are stuck paying attention to what is happening in the football world and that my friends are the annual displeasure from players about their new Madden ratings. Almost every player has a problem with his madden rating on some level. Wide Receivers always think they’re too slow, running backs not elusive enough, linebackers don’t have a high enough tackle rating. You name it, the complaint has been made. EA sports notoriously likes to tout that they will take all rating change requests into consideration, but most of the time the end result is them telling the player to essentially kick rocks and prove is wrong on the field.

Well, for the first time in my memory, the people over at EA Sports have listened and correctly changed a Madden rating before the release of the game. We all saw the Super Bowl. We all saw Tom Brady drop his pass and we all saw Nick Foles catch the Philly Special touchdown. One caught the ball, the other didn’t. Madden decided that warranted Tom Brady to have a higher catch rating than Nick Foles and people were confused.

Can someone please explain why Tom Brady has a better Catch rating in Madden than Nick Foles? pic.twitter.com/HKYSdbgrRg

Butterfingers Brady was done getting the benefit of the doubt. He may have the handsome face, the beautiful wife, 5 Super Bowls and MVP awards, but he’s not walking away with the higher catch rating on top of all of that. Especially when he doesn’t deserve it.

Tom Brady really had a higher catch rating in Madden 19 than Nick Foles.

See what led to Foles' rating being changed.https://t.co/gYdTWEynwN

Good on Philly for standing ground and getting this one changed. Also good on EA for putting their hand up on this one and admitting the mistake. Now, all we need is for the Giants to file an inquiry on why Saquon Barkley isn’t a 99 before ever taking a snap in the NFL. You know, while we’re out here righting wrongs and all.