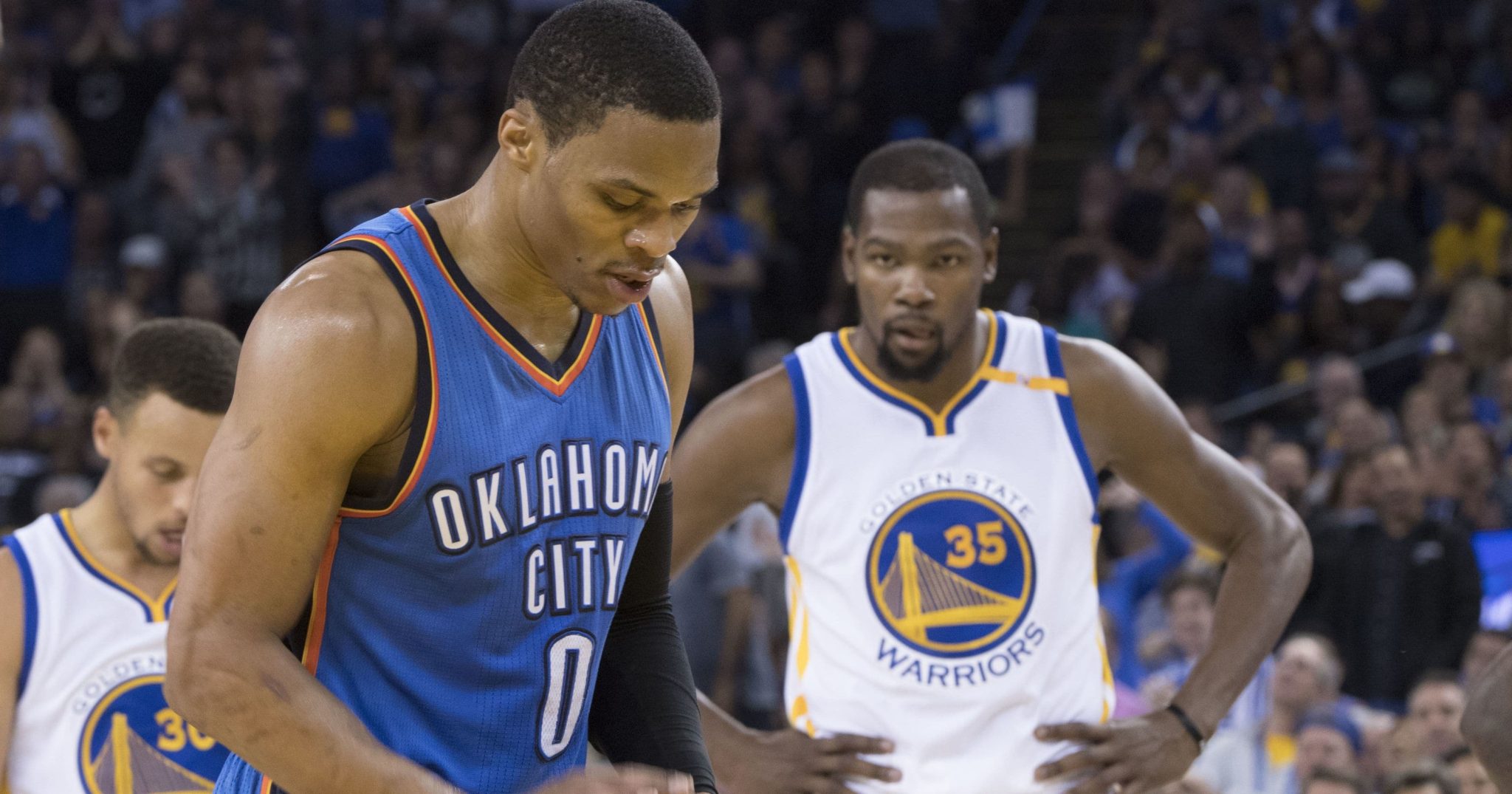 It's been an awkward All-Star weekend for KD. 😬 pic.twitter.com/cxhmiqrQup

The NBA has to be fucking with us at this point right? Like this has become such a big narrative this season that Adam Silver is just behind the scenes pulling the strings to have this issue attacked from all angles until its resolved. Reporters repeatedly ask about it, other players and coaches are commenting on it and neither of them can just put it to rest. Russell has definitely been the less mature one about it, but hey who can blame him? his basketball husband left him for a younger, hotter, better at sharing the ball girlfriend. There’s no way this is going to stop until there’s a Chris Brown – Soulja Boi level promoted fight.

Judging by their interactions with one another, it doesn’t exactly look like they’ll be any smoothing things over anytime soon.

Kevin Durant, Russell Westbrook continue to avoid one another. pic.twitter.com/bfeDwsRLRZ

KD and Russ, the gift that keeps on giving, it’s also one we don’t necessarily want to receive any more.

P.S. If Steve Kerr plays the four Warriors alongside Westbrook at any point during the All-Star game, he’ll be my new all-time favorite NBA head coach.