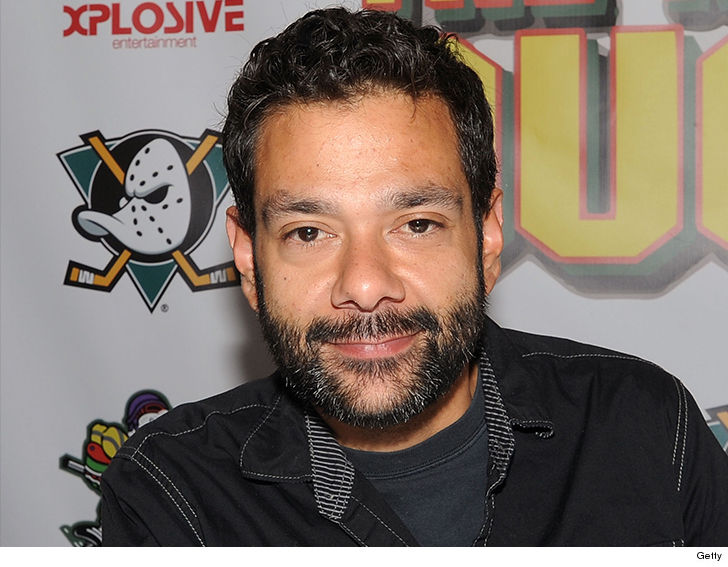 Shaun Weiss — the guy who played “Mighty Ducks” goalie Goldberg — is getting major penalty box time in real life for petty theft. Law enforcement sources tell TMZ … Shaun was at a Fry’s Electronics earlier this month and stole $151 in merchandise. Two days after his arrest, he pled no contest to petty theft and was sentenced to 150 days in L.A. County Jail. We’re told he got a stiff sentence because this was second petty theft bust. His manager, Don Gibble, tells TMZ, “[Shaun] hopes jail will help him, and maybe while he is in jail he will write something.” Not a diary, but a script or jokes. Shaun’s been known to do a little stand-up. H/T – TMZ

GOLDBERGGGGGG! Oh, how the “Mighty” has fallen. This one is a tough pill to swallow. First, has anyone seen Goldberg in like 20 years? Literally, think the last time I saw his face he was shitting his pants on the ice in the last seconds of D3. He’s unrecognizable. Yes, I understand its been 15-20 years, but he doesn’t even look like the same person. The above picture looks like a damn mugshot itself and that’s supposed to be a good picture. Imagine what the actual mugshot looks like.

I never know what hurts more when you see your childhood stars and memories getting arrested. There’s the OJ route where they do something so serious and unimaginable you can’t wrap your head around it. The second route is the Goldberg route where you get caught stealing a few extra HDMI cables. Both so stupid and so sad on every level. Just not sure which one is more pathetic. Here’s to hoping Goldberg does his time with all the pastries he wants. Maybe start a prison hockey league. He better hope he gets an all white prison or Russ Tyler is housed up with him. I gotta say though, the Goldberg stand up possibility has me intrigued.