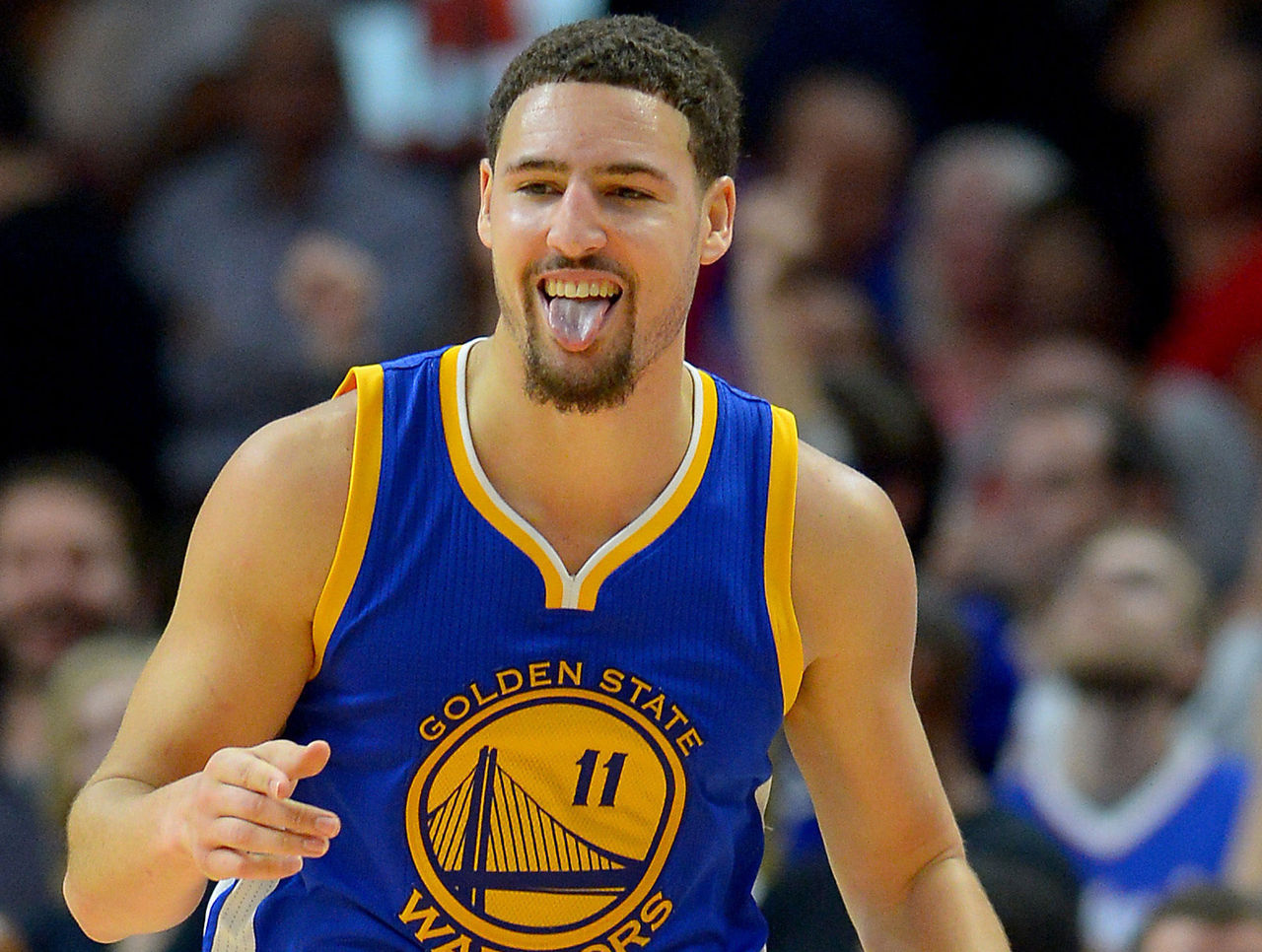 It seems like the Golden State Warriors are starting to hit their stride after their fifth consecutive victory against the Toronto Raptors Wednesday evening.

During the streak, shooting guard Klay Thompson has snapped out of a serious funk where he was playing so poorly that trade rumors were beginning to surface across cyberspace.

During Wednesday night’s postgame interview, it’s safe to say Thompson is feeling very comfortable with his current squad. Via 12UP

Talking to Klay after tonight's game and he just took this beer out of nowhere..lol. Pretty sure he got the meaning of Beijing Yemen.#goldenstatewarriors #klaythompson #torontoraptors #coorslight @thedevingray

So when I first saw this video I didn’t really think anything of it, but then I started to think and I don’t know if I’ve ever (outside of a championship) seen booze openly consumed in the locker room or during any post game media coverage/interview. Sure you’ve heard great locker room stories from guys who played back in the day, I would say the majority of them come from baseball, but nothing like this recently and in an NBA locker room? Feel like most NBA guys are “club guys”, so most of their drinking related storires revolve around a club of some sort, which kind of brings me to my point/question.

I’ve always wondered when and where NBA guys pregame. “Pregame” like us normal plebes, with alcohol, not “pregame” like putting up some extra free throws before the 7pm tip. NBA players obviously RAGE more than your average fellow, so after a huge win and a night out of the town is to be expected where do they turn after the game? By the time the game is over its already like 10pm, then you have at least another hour of meetings getting changed/showered and a helping of media obligations. When you’re finally done and able to leave the stadium, you’re looking at 11-11:30, when in most cities bars are closed by 2. Doesn’t leave much time to get a proper buzz going before you head out for a night of debauchery.

Then again on the flip side, when you’re in the NBA who needs the booze to talk to women or have a good time by throwing away all your inhibitions to the wind (doing something incredibly stupid you’re incredibly regretful for in the morning). You walk into the club and every girl’s panties are already around their ankles in a puddle. Your bottle service and table are popped and at the ready, I’ve been lucky enough to see this first hand, no big deal. After all aren’t those the only reasons we go out? When everything you need to get drunk, laid and have a good time with your crew is handed to you on a platter, I can imagine your mindset on going out might be a little different.

P.s. Love the move by Klay amid preposterous trade rumors. Just planting his flag and daring someone to suggest he should be traded over this.

P.s.s. If you’re knocking Klay for drinking a Coors light, shut up loser, go drink your 9% alcohol craft beer and sit home alone. Everyone knows you pound light beers when you go out, the night is a marathon not a hearty dinner and beer pairing at the local brewery.