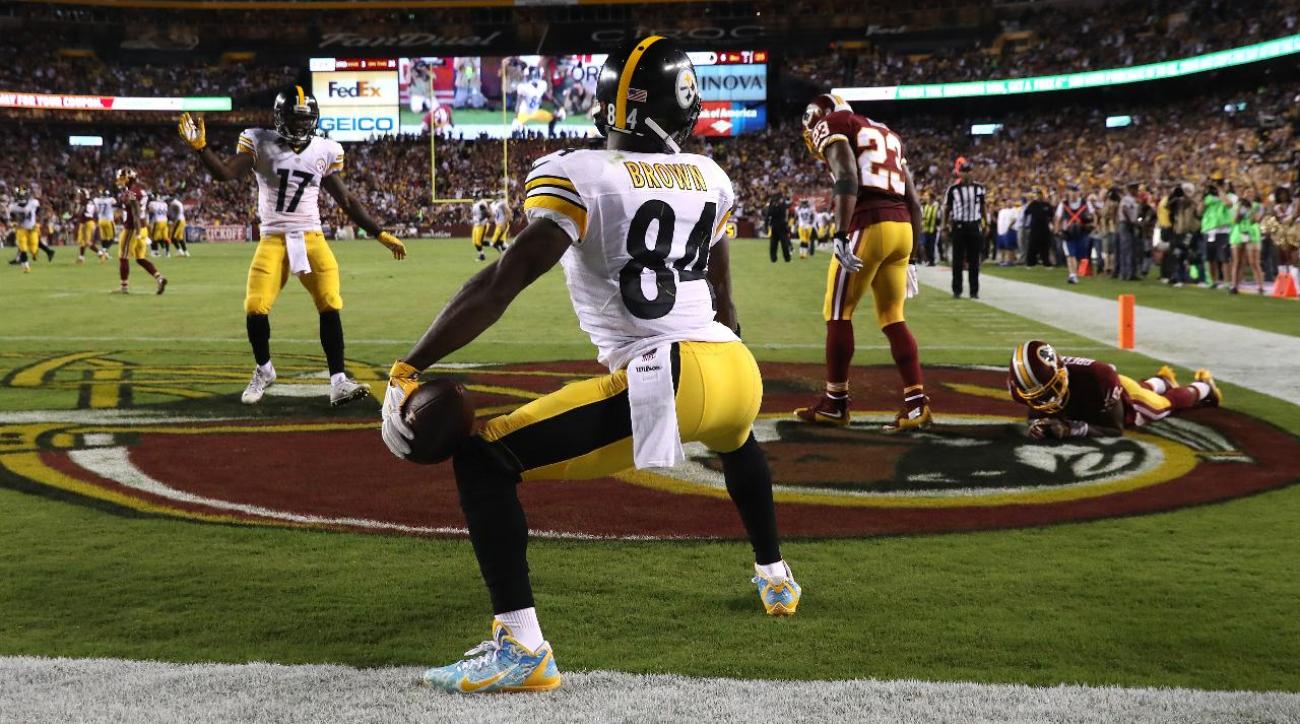 The No Fun League appears to be chiseling away at its long-held, draconian stance on touchdown celebrations.

NFL commissioner Roger Goodell informed NFL owners who are meeting on Tuesday at the J.W. Marriott for their annual league meeting that many long-disallowed celebrations after touchdowns — such as snow angels, using the ball as a prop and group celebrations — will now be allowed again. The league had tried to reduce these from the games over the past several seasons but found out that they were penalizing players for frivolous activities.

Speaking with a small group of media, Goodell said the league has spent the past few months meeting with players, fans and coaches about the issue and decided it was time to relax their stance on celebrations, opening up more personality to the game again. “We heard fans and players on this,” Goodell said. Of course, there will still be excessive celebration penalties for instances of excessive violence (e.g. throat slashes, mimicking a weapon) or sexuality, or for cases where players are taunting opponents or the opposing sideline.

“The players felt strongly about the integrity of the game,” Goodell said. “They wanted no part of that either.” So still no twerking. Sorry for all the wannabe Hingle McCringleberries out there. That third pump will get ya. Celebrations can occur in a 40-second window — from the time the referee signals touchdown, the play clock starts and any celebrations allowed can occur on the field between then and the extra-point try. Everything else with the rule remains the same.

And we’re talking about an excessive celebration penalty that was called 33 times (with 12 taunting calls) in the 2016 season, according to competition committee chairman Rich McKay. So perspective is needed here: that’s less than two per week. But with this story, we have an NFL rarity: a change that appears to be one that’s almost roundly rejoiced by all parties. H/T Yahoo Sports

What a turn of events. A complete 180. Shocking in every respect. The NFL finally got something right and even more so it was something they themselves messed up in the first place. By “they” I’m referring to the NFL under Roger Goodell. This rule change to eliminate TD celebrations was one of the items on the long list of changes Roger Goodell made in the early part of his tenure. It was one of, if not the most influential move which garnered the league’s new nickname, The No Fun League.

The name was completely warranted. There wasn’t a solitary logical reason the celebrations were banned in the first place. The fans loved it, the players loved it, pretty much everyone loved it. It’s odd it was banned because it only expanded the popularity and awareness of the game and the league. Thus increasing profit and revenue. I say it’s odd because of all the bad decisions Roger Goodell has made, the one thing that’s always kept him in power is the ability to maximize profit. Which he’s done. Though how much was of his doing is arguable.

All in all you cant be happier here. The fans get “pretty much” everything we want. There won’t be any TO Sharpie signings or Joe Horn cell phone calls, but now that there are universally accepted rules, I’m hoping for some synchronized snow angels, or choreographed dances, some real creativity. I need the Monmouth basketball bench and that Sweedish Soccer team combined times a million, on a weekly basis. Think of it like the Vine of celebrations. Where the limitation of rules and time actually promote more creativity and success. We’ve brought back NFL celebrations, now bring back Vine!