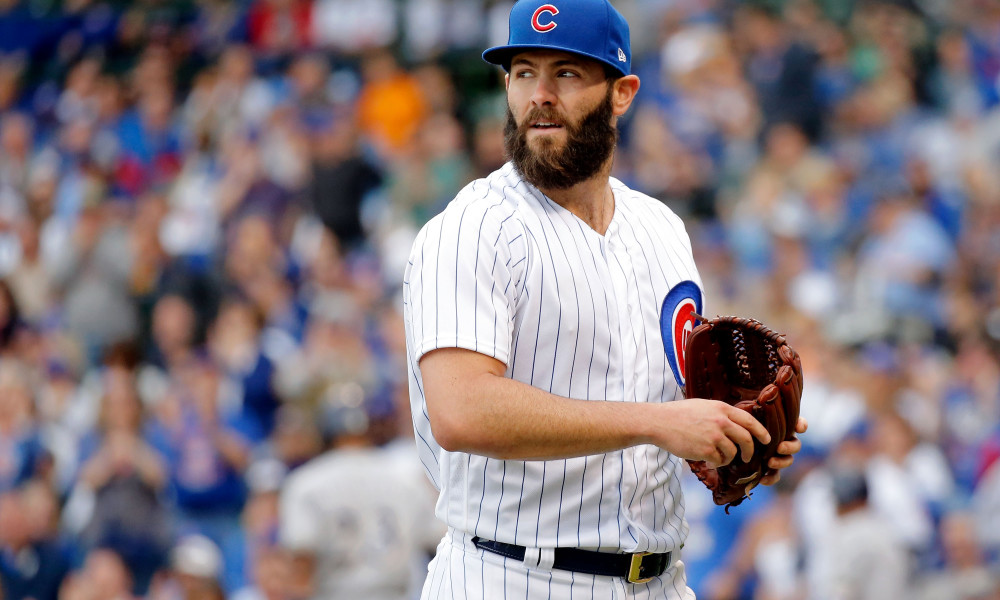 One of the biggest storylines this baseball offseason has been the inability for free agents to find new homes. But most teams sat back and actually looked at the real value of these players. Jake Arrieta when free agency started wanted a 200 million dollar deal. Let’s just think about that for a second. Jake Arrieta, who was a nobody before the 2016 season wants a 200 million dollar deal. In the past teams like the Red Sox, Dodgers or even the Yankees would give him this deal but that isn’t the case anymore.

The Yankees, for example, are in need of a pitcher at their back end of the rotation but Jordan Montgomery had a 3.88 era in his first season compared to Arrieta’s 3.55 era. Yes, I get it, Arrieta’s ERA was better and right now is considered a better pitcher, but will Arrieta get any better? For a pitcher who was a flash in the pan that turns 32 today, My guess is no. Will Montgomery get better? There’s a way better chance of that. Also, Montgomery is still on a rookie deal. The Yankees could get similar production from Montgomery for cheaper. It’s common sense.

Teams are sick of paying these guys all this money just to look like idiots 2-3 years down the road. They’ve smartened up. Sure there will be people out there that think Montgomery won’t work out. Even, if he doesn’t the Yankees, have Chance Adams and Justice Sheffield in the minors ready to be unleashed. More young pitchers on cheap deals, who could bring similar production than the guy who wants $200M.

Arrieta and his agent Scott Boras better rethink his price. He won’t be pitching on a Major League mound anytime soon if he doesn’t. Another thing, for all the morons out there that think the Mets are cheap and didn’t take advantage of this free agent market, I suggest you never watch a game of baseball again. Mets had four problems last year; starting pitching, depth, scoring runs, and a third baseman.

They signed Todd Frazier for a bargain. Now they don’t have to worry about old man David Wright holding down the fort at third as his career fades into the sunset. Jay Bruce the animal is back in town. They also added Jason Vargas who has shown flashes of greatness and will serve as great insurance if Matz or Harvey can’t meet expectations. So some of the Met fans out there that think they are cheap and didn’t do anything how about you just get over the fact that the Yankees got Stanton and be proud that your ownership went, for once, with the best and quickest route to fixing your team long term. Why would the Mets spend big money this offseason? On who?!

I am a huge Yankees fan but I applaud what the Mets and the rest of the league are doing. They are learning from the mistakes they made with players like Jason Bay. Players like Harper, Kershaw, and Machado will all get their money next offseason cause they deserve it. Jake Arrieta, Mike Moustakas, all other remaining free agents demanding a huge payday, please wake up, because the teams sure have.