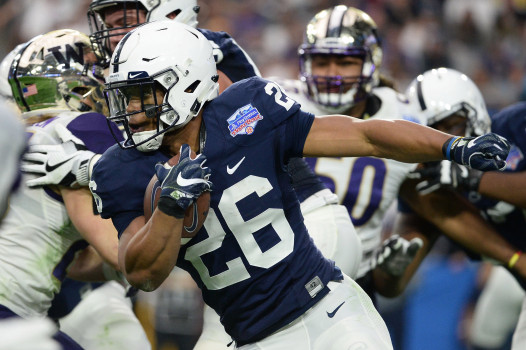 Saquon Barkley is the NFL number one pick in this years draft and there is no doubt about it. As if his collegiate numbers weren’t already impressive, his combine numbers cemented the fact that he is a rare talent. Barkley seemed to do everything exceptionally well in the events that he participated in. The NFL has seen a strong resurgence of the Running back position, and if the Browns do not take him first overall it will be one of the most Browns moves of all time.

A lot of people would rather Cleveland take a QB first, then pray and wish that Saquon falls to them at 4. This will most certainly not happen because there is no chance that Barkley will be around that long. The Giants would most likely take him at 2, and if they don’t the Colts will a thousand percent snatch him up at 3. They just let go of Frank Gore which makes them a lock to be in the RB market this year. I also don’t think that any of the QB prospects this year are must have players, but that will be featured in my article tomorrow after the QB combine workouts.

Barkley put on a CLINIC in the combine today, he wasn’t great at one thing, he was great at everything he did. For starters he ran the 40 in 4.4 seconds flat, that is fucking fast. Don’t believe me? Well, his 40 is faster than Odell Beckham, AB, and Julio Jones ( who still clocked in at a 4.42 with a fractured foot).

If we are comparing him to other running backs, Zeke ran a 4.47, Barkley beat that number by .07. Also keep in mind that Zeke and Barkley are the same height, but Barkley has 8 pounds on him. Leonard Fournette ran a 4.51 last year, Barkley beat that number AND beat Leonard’s benching reps number. Speaking of the bench, Barkley put 225 up 29 times that is 7 shy of the RB record set by Tommy Bohanan who is a FULLBACK.

Not only did Barkley prove that he is fast and strong he also proved that he has exceptional lower body burst. He got 41 inches on his vertical, the best of the combine this year. Compare that to one of the most explosive players in the league in Odell Beckham who got up to 38.5 inches and Saquon wins again.

I know stats and numbers don’t always tell the full picture on a player, but in this case, the numbers are just too hard to ignore. Last season for the Nittany Lions he scored 24 total touchdowns, 18 on the ground, 2 on kickoffs, 3 via receiving, and 1 through the air. Saquon averaged 5.9 YPC, and 11.7 YPR both which display just how dynamic of a player he is. The numbers and video show that he is a better runner than a Leonard Fournette while being a slightly more dynamic pass catcher than an Alvin Kamara.

A kid from the Bronx had big dreams, took them to happy valley, and now will most likely be your NFL number one draft pick. 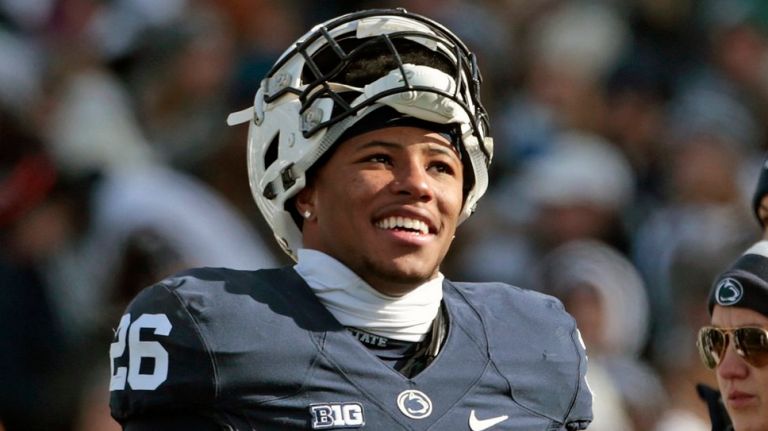