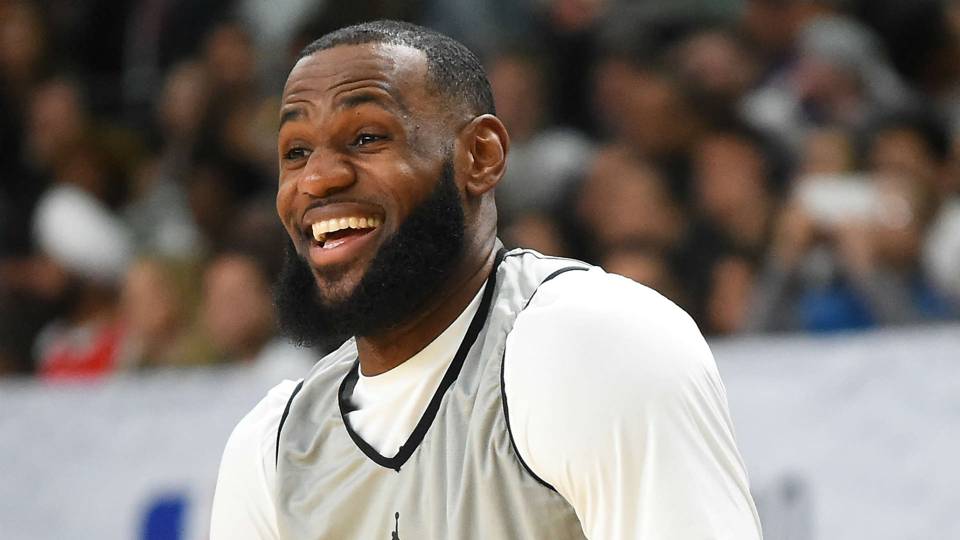 A Cleveland marketing agency has responded to the #PhillyWantsLeBron billboards along the freeway with a billboard of its own.

Marcus Thomas LLC put up the digital billboard located on the parking garage at The Metropolitan at The 9 across from Gateway on East 9th Street this afternoon just in time for the Philadelphia 76ers game tonight at Quicken Loans Arena. The message reads “Hey Philly” above a picture of a crown. While the crown is an obvious reference to Cavs superstar’s King James nickname, it also not so subtlely resembles a giant middle finger. – H/T Cleveland.com

The LeBron Billboard wars continue as Cleveland fires back at Philly 🖕🏼 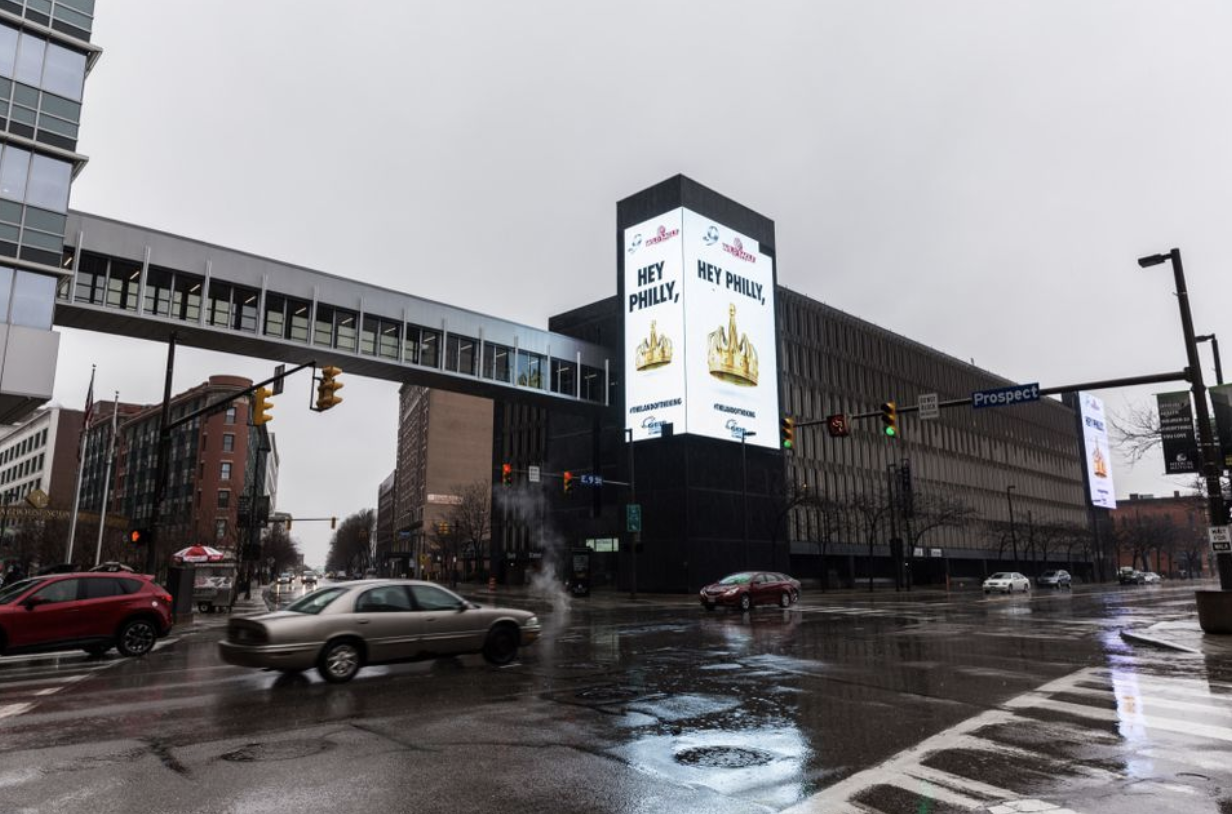 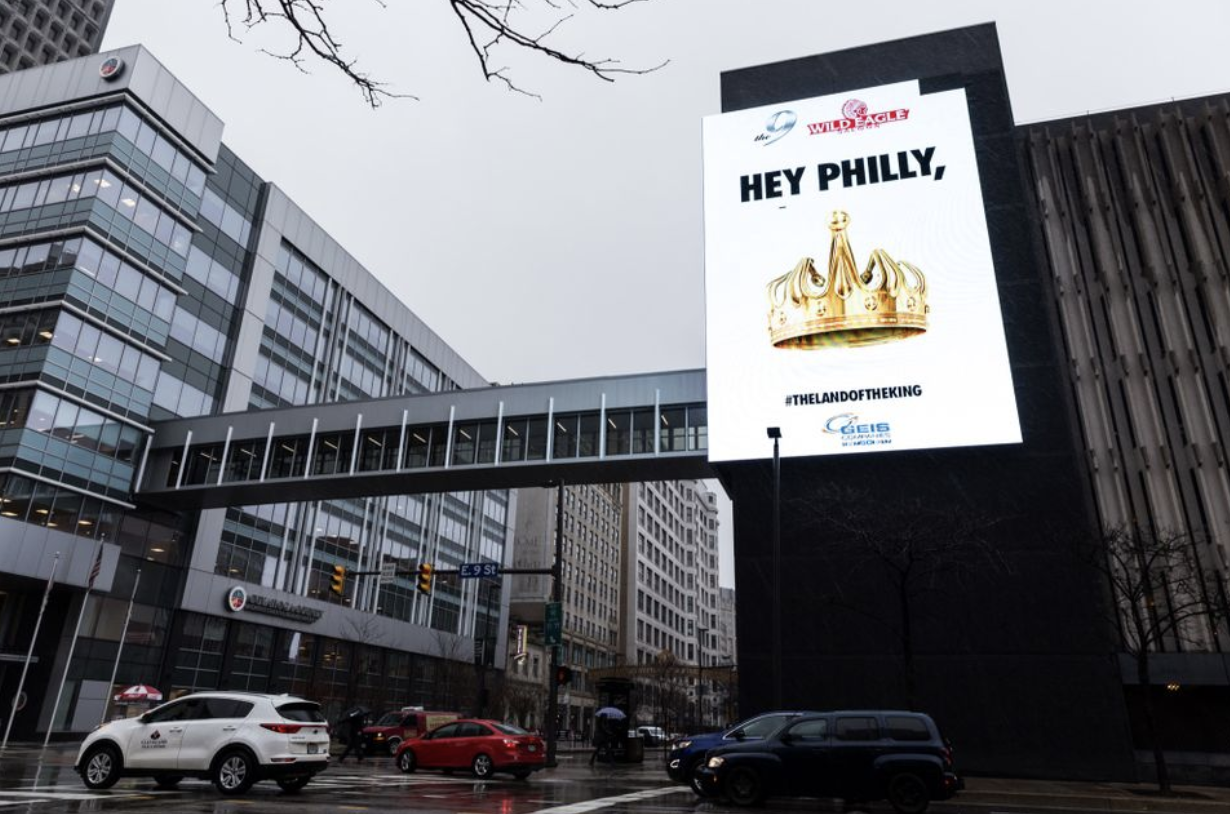 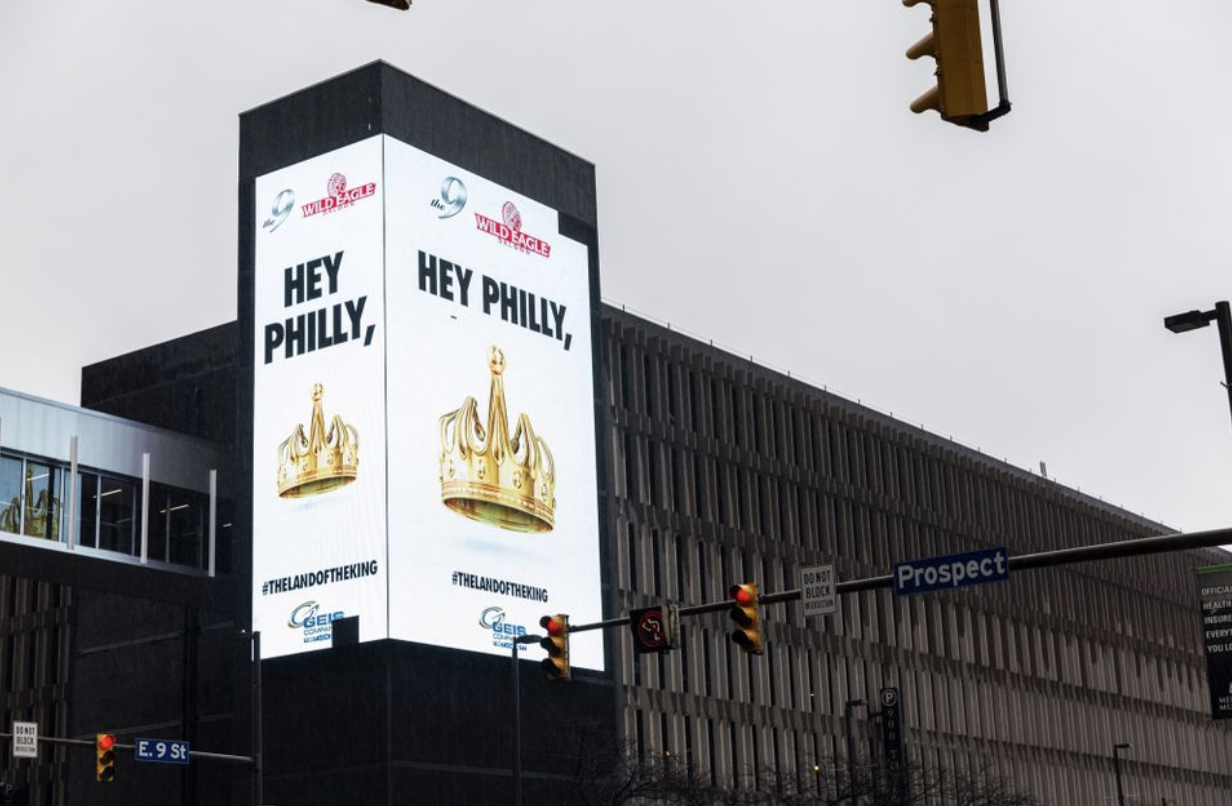 And let the fucking games begin. This war has officially got underway. Make no mistake about it, this is indeed a war. War’s are usually waged over something quite valuable. LeBron James is set to be the most valuable basketball player on the market come this summer. And teams are starting to throw their hats in the ring. Or in this case Billboards in the sky.

With the Sixers emerging as a serious potential suitor as LeBron’s next team. Last week, a Philly based company bought three billboards near the Cavaliers Quicken Loans Arena. as seen below:

Philly took out three billboards in Cleveland to start their recruitment of Lebron.

They were simple enough. Simple and to the point, yet intriguing. No low blows, no dirty talk. Philly didn’t go scorched earth of their first punch. They came out throwing some jabs. But Cleveland, Cleveland countered with a haymaker. Going with a huge “fuck you”, literally. They’ve been through this song and dance on time before. It devastated them, the whole city. Then like the pathetic city of fans they are, they accepted back their cheating girlfriend four years later. Fast forward four more years and shocker of the century, they’re preparing themselves to be walked out on again.

If Cleveland wasn’t so insecure about themselves and the possibility of LeBron leaving then there wouldn’t even be a thought of doing this whole billboard fiasco. They would have laughed it off and waited back to laugh at everyone when LeBron resigned. But no, that’s not what they did. Though this response was bold on the outside, deep down it showed major weakness.

I love watching Cleveland squirm and I love the impending hate that will come LeBron’s way when he undoubtedly abandons Cleveland yet again for a better, prettier, more talented situation. I just hope a few more teams enter this billboard war before it all ends. If these interactions get anywhere as good as some Twitter battles do between NBA teams, were all in for quite the set of billboard burns over the next 4 months.