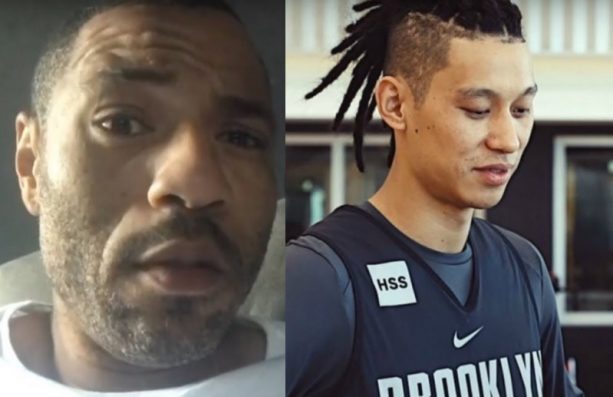 If you haven’t seen Jeremy Lin’s hair yet, check it out, its pretty terrible. Kenyon Martin thinks so too, just not for the same reasons as me. Here what K-Mart had to say: 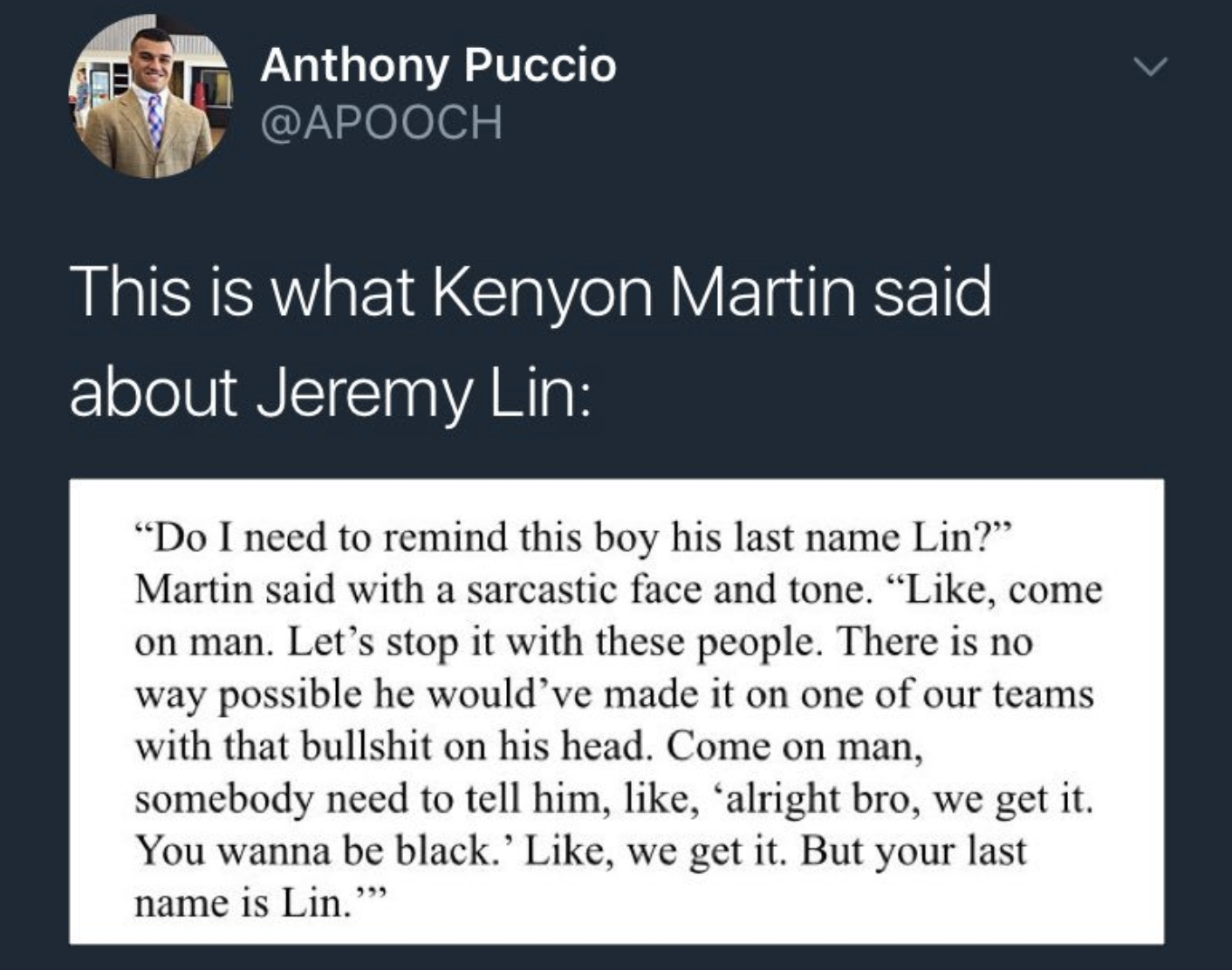 While I agree with Kenyon Martin here in part. That is some bullshit on Jeremy Lin’s head. I do not agree that he’s trying to be black.

What Jeremy Lin is trying to do and be, is not exactly something you wanna be. But given where his team plays it’s home basketball, it makes sense. Jeremy Lin is trying to be a hipster…like, on purpose. Brooklyn is the birthplace and mecca of the Hipster. A collection of rich kids mostly in Williamsburgh who like to dress and pretend like they’re poor. All while sipping on diet water lattes, munching down on breakfast sandwiches with meatless bacon. Acting like lifetime New Yorkers after moving 18 months ago from Missouri. Swiping Daddy’s black card to pay rent and keep their bullshit short film or 6-year-old finger painting career going. Giving true born and raised Brooklyn people, real Brooklyn people, a bad name.

Having weird or unconventional hairstyles is one of the true hipster calling cards. Jeremy Lin is the NBA version of a chameleon boyfriend. Adapts and blends into whatever environment he’s placed in. When Lin played in Manhattan for the Knicks he kept it clean cut and classic. When he played in Houston he spiked it up a bit, everything’s bigger in Texas right? And when he was in Charlotte, He had that slicked backed rat tail and mohawk thing going on. Not really sure how that ties into Charlotte, but the point remains he’s changed hairstyles wherever he’s gone. NBA Chameleon.

Playing in Hipster Brooklyn is no different. The only difference is Jeremy Lin actually makes his own millions, while the rest of the Hipsters make $247 a week working at the local used record store but pay their $4,800 a month rent with their parents millions. The. Worst. People. Ever. Hands. Down.

That all being said, Jeremy Lin had a pretty iron-clad response to K-Mart. Throwing subtle shade all while backing Kenyon Martin into a hypocritical corner. 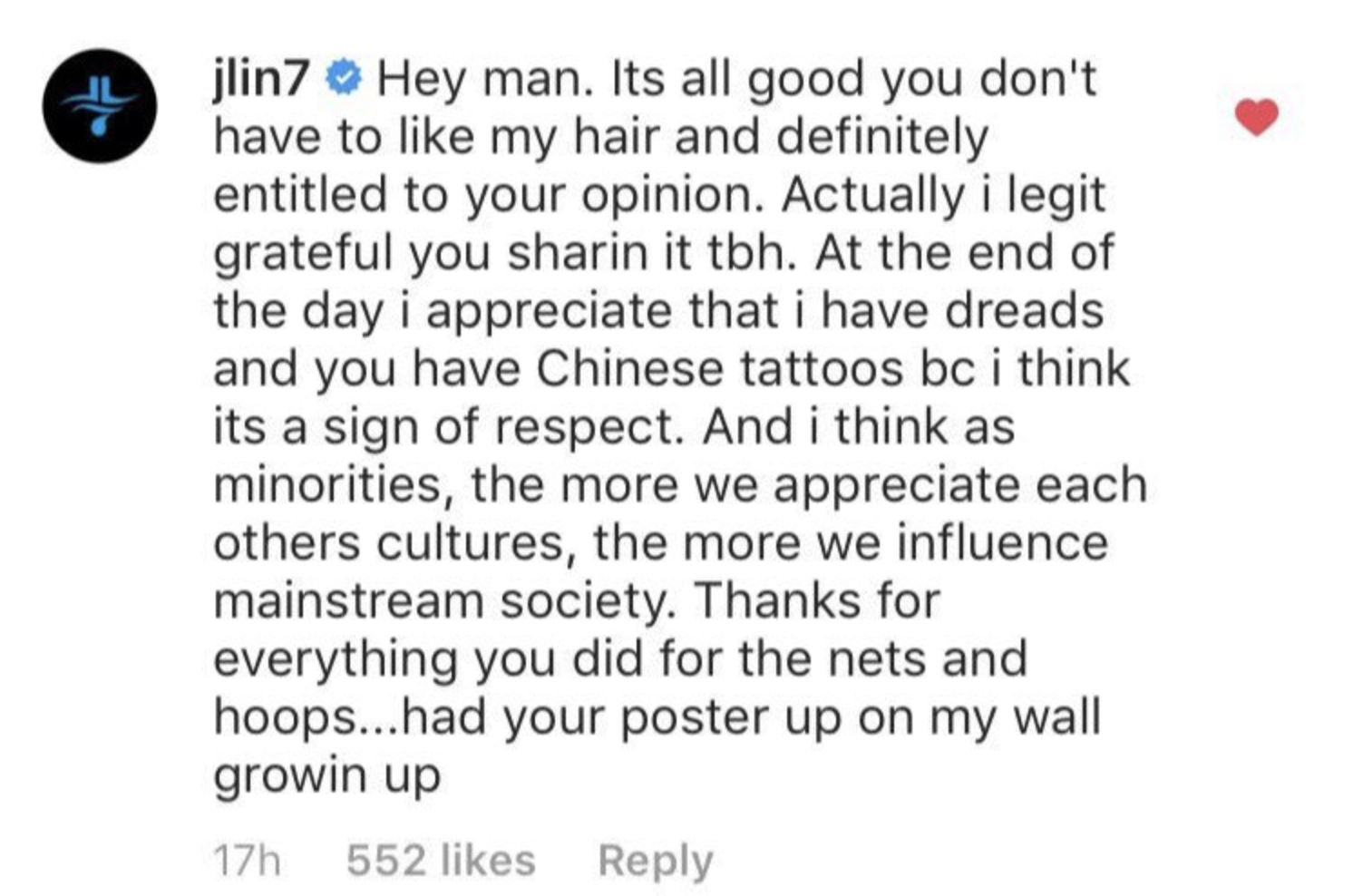