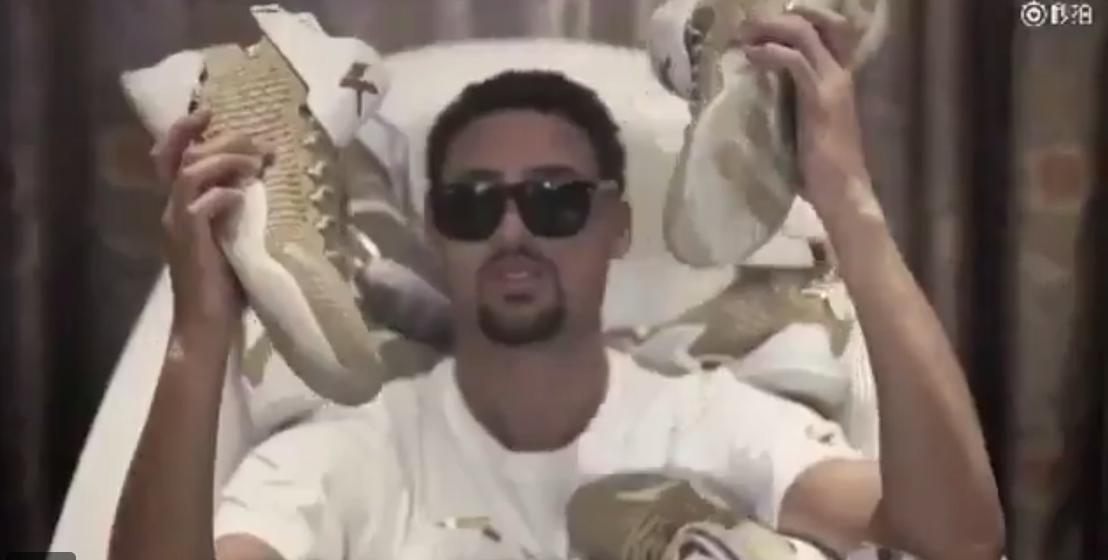 Not many people know but Klay Thompson is actually sponsored, not by Nike or Jordan, not by Adidas and not by Under Amour like his “Splash Brother”, Steph Curry. Nope. None of those. Klay Thomson is sponsored by the Chinese shoe company “Anta”. This is the new commercial for his new Gold shoe.

After seeing this I’ve come to the conclusion that Asian countries are just better at TV than America is. Sure, our content can be intelligent and clever, and we’ve kinda graduated from the “slapstick comedy” era, but not in Asia. Everything they do on TV is as ridiculous as it gets. This commercial is no different. But it works. Something we think is insanely stupid and immature, plays perfectly in Asia. From crazy gameshows to weird newscasts to commercials that don’t really make sense from our view. There’s a reason you won’t see this commercial in America because it wouldn’t sell any shoes. Although, here I am, the idiot writing about this commercial in America, sharing the commercial, playing right into their hand…shit.

I gotta say though, this really isn’t that far off from an American rap video. It’s just really ridiculous as a shoe commercial. Klay Thompson does look like a boss laying in all gold everything in a pile of his own signature old gold shoes. All gold is a power move. In the words of Mac Miller, “I’m on my Donald Trump shit” – China Klay