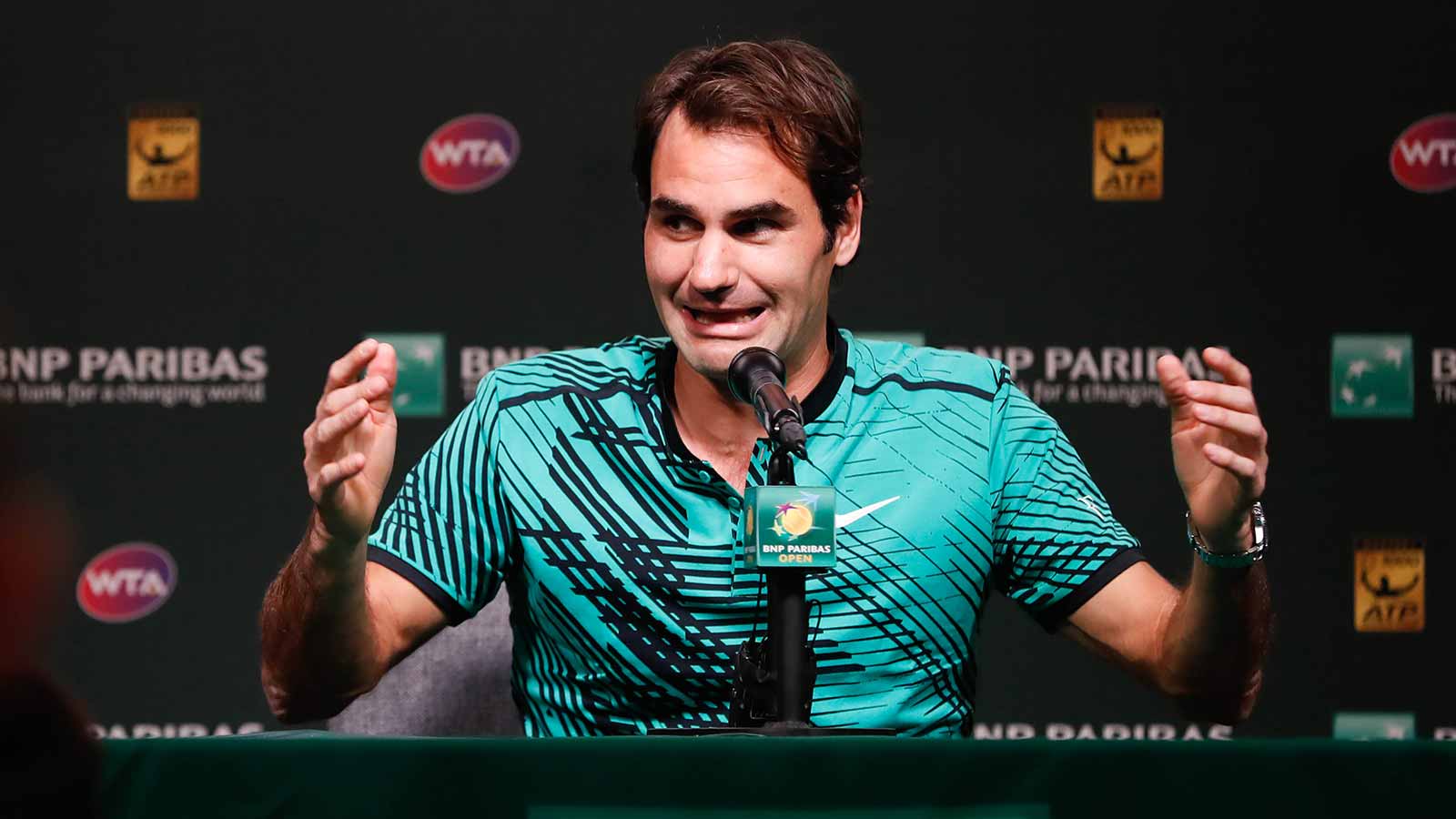 Sign this kid up, like for a real reporting job. With a salary. The kid asked a better series of questions than most of the actual reporters do. Sure at first it seemed like it was just one simple fun question about Roger being the greatest of all time, but nope he wasn’t done there. Like Mayweather did to Mcgregor, it was all part of his plan. He may have seemed small and unthreatening at first, but as soon as you drop your guard and get comfortable, he pounces.

Follows up the light jab with a deadly 1-2 counter punch. Basically telling Roger, “Hey I’m gonna need you to keep playing just long enough for me to get on tour and kick your ass.” He even makes him promise it. Though it was coming from a kid, it still seemed threatening and forceful. It was like a child version of Mike Tyson telling a guy he was gonna “Fuck you till you love me.”

Just so over the top unexpected, you have to respect it.

Me after hearing this kid makes Roger promise to keep playing so this kid can someday beat him: