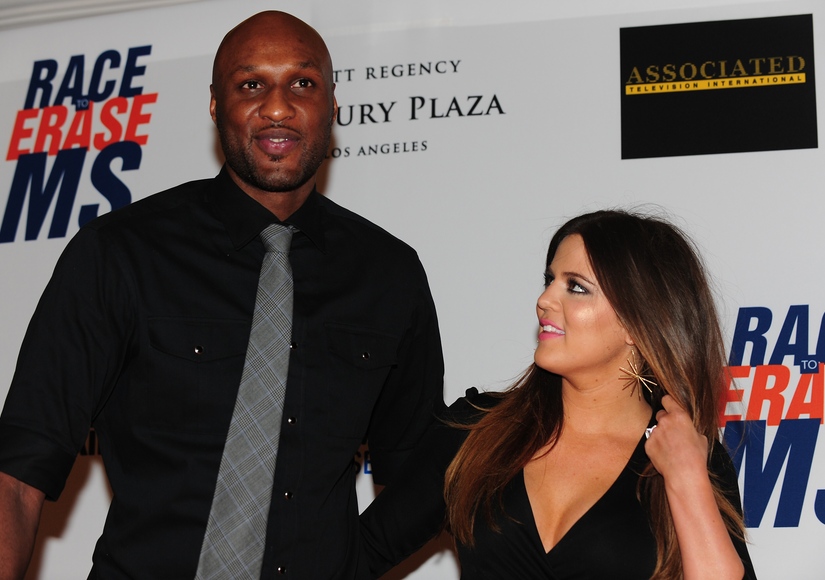 Now that Lamar Odom is on the straight and narrow again, he reportedly has something up his sleeve and it involves exposing the family that he was once majorly a part of. According to Hollywood Life, the NBA icon is set to pen a tell-all book that could “divulge major Kardashian family secrets” and his ex-wife, Khloé, reportedly isn’t happy. The site reports that the former Los Angeles Lakers star has confirmed the news that he’s writing the tell-all “about his life,” and the Kardashians are allegedly shaking in their boots as this can turn out to be a huge blow for their family. “They’re all very concerned about this tell-all book and have reached out to ask him to be respectful,” a source reportedly said.

Though in recent times, especially after his major health scare, Lamar has sung the Kardashians’ praises, they do believe there is room in there for him to go a more negative route. “Lamar has spoken recklessly about [Khloé’s] family in the past,” the source continued. “Khloé fears what major secrets he could reveal. While Khloé and the rest of the Kardashians try to live a good life, they are no saints. Like any family, they have skeletons in their closet which could seriously hurt their brand if revealed.” Making it clear that nothing is off limits, Lamar allegedly told reporters that “everything” is up for discussion in the book. – H/T – BET

Yooo, LET’S GO LAMAR! Lamar Odom is about to do the unthinkable. The unimaginable. The previously deemed impossible. Not anymore. Lamar is in a position to take down the cruelest, deadly and most unbreakable curse in human history. The infamous Kardashian Kurse. This is like if the Madden Curse threw a thousand black cats through a bunch of mirrors under a bunch of ladders. Just an imaginable amount of bad luck coming your way. I don’t have the time or the space to name the full list of men this family has ruined. When I say ruined, I mean RUINED. It’s turned living men, into dead ones. Movie actors to TV actors. Rappers to mental rehab. Last but not least, a decorated male American Olympian into a woman. They changed a man into a woman. You normally don’t fuck with that type of power.

Lamar though, he doesn’t give a shit. He’s entered that family, weathered the storm, survived two near death experiences, a bunch of rehabs and lived to tell about it. He’s not about to waste his second chance at life. He’s taking down everyone, going straight for the jugular. The Kardashians have every right to be absolutely terrified. You know why? Because Lamar has nothing left to lose. Never underestimate the guy who has nothing to lose.

Hearing about the Kardashian’s are terrified of this just warms my heart. Possessing no actual talents, they’ve created the term “famous for being famous.” Yet they’ve created an exclusive Hollywood family empire. As with every great empire, it eventually must fall. The Kardashians aren’t ready for that. Lamar Odom is the first man with a legit chance to permanently pierce that armor. Everyone knows that if any family has some dirty secrets, it’s this bunch of swindling bitches. Lamar definitely has all the info to finally get his revenge. It was only a matter of time before someone lived long enough to tell about it and Lamar has earned every right to reveal the worst of the worst skeletons. One small step for Lamar, one giant leap for men everywhere.