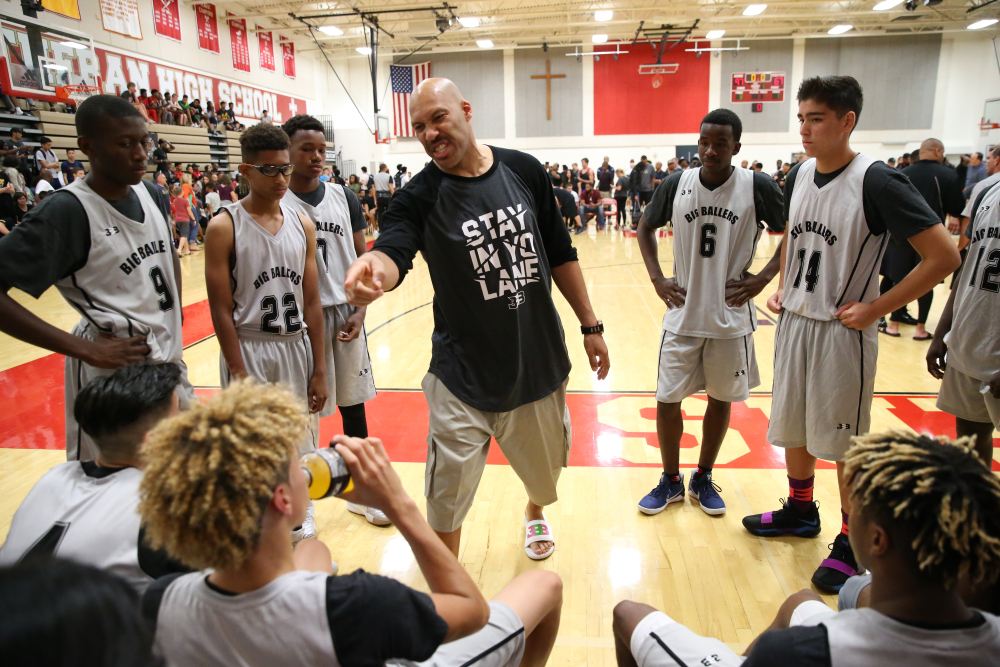 I really should revise the title and say the “Most AAU coach response ever.” But luckily in this situation, those two things are one in the same. You see LaVar is every AAU coach in the country. He’s every annoying dad at every tournament. I played AAU growing up for 6-7 years so I’ve been through the circuit. I know what the whole AAU scene is all about. At times it’s intimidating. But personalities like LaVar are a dime a dozen. The only difference with LaVar is he’s got three sons who can back up all his talk…for now.

The funniest part about all of this to me is that I’ve literally been in this situation and as crazy as LaVar Ball sounds, he’s right. I was in a game where our coach told us to walk off the court because the refs were that bad. We didn’t think twice, we just walked off. At that age and time, your AAU coach is like a second father. You see them no less than 5 times a week.

LaVar’s AAU tour with LaMelo is another way to keep this whole show going. The game this interview was taped before was the most hyped and well attended AAU game ever. Featuring his son LaMelo and other notable LeBron James look alike Zion Williamson. The real LeBron was actually supposed to be there sitting courtside but was told not to come in for security reasons. a handful of other NBA players were in attendance as well, including prodigal son and now Los Angeles Laker, Lonzo Ball. The game was oversold by almost double. With thousands more waiting outside. Not to mention 800k people streaming it live on Facebook. LaVar entered as the center of attention, he took every opportunity to get in front of the mic and pose for the cameras. His team lost. But LaVar per usual wins because what are we all sitting here talking about? Lavar Ball, Just the way he likes it.