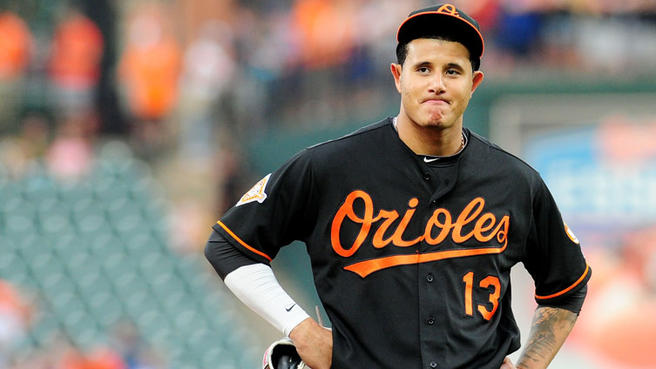 The MLB trade deadline is coming right up in a few weeks. We all know Manny Machado wants to be traded and will be traded prior to the July 31st deadline. The only question that remains is where he will go. It all started with this tweet from Jon Heyman.

sources: yankees have made a strong offer for manny machado. haven't heard they are the favorite, but they are clearly a player at this point. @Ken_Rosenthal said there was "increased" interest from NYY a couple days ago.

With the Yankees organization LOADED with young talent and MLB ready prospects, they definitely have the ammo to get a deal done. Settling on the right price is the hard part. At this point, we don’t know where Machado would like to play most. We have an idea, but the price will change drastically depending on if he’s traded to a team that can get him to sign a long-term extension. Later in the day a report came out that the New York Yankees were “easily his first choice”. Then the evening came and Manny Machado confirmed to us his first real clue. He liked a picture on Instagram of him in a Yankee uniform.

Do you think this will soon become a reality? If not where will Manny Machado be traded? 👇🏼(@baseballoverload) & (@ogclutchdigital)

This is both terrible for the Orioles and great for the Yankees in more ways than one. It’s terrible for the Orioles because it takes away much of their leverage. They now have to go out and create their own leverage, which will prove to be more difficult this time around. That brings us to why its good for the Yankees. This is good for the Yankees mostly because they know he wants to play there, so an extension is likely. Second, they can now lowball the Orioles with their offer since they could have a good shot to just wait this all out and sign Machado in free agency this winter.

Other teams in the mix will now give even lower offers since they will be under the impression Machado will leave for the Yankees this winter anyways. No one will be given up top prospects for 3 months of Machado. Another advantage for the Yankees. When you combine all of this with Brian Cashman’s Jedi mind trick powers, it creates a dangerous situation for the Orioles. We already know the Yankees are not going to include top pitching prospect, Sheffield. This news may even take out Florial and Frazier. It all depends on what the other teams are offering. Although after this news, I can’t imagine too many teams are making serious offers. At least not right now.

If this deal to the Yankees gets done I would look for it to get done in the next 7-10 days rather than a last-minute deadline deal. The Yankees smell blood and if they’re serious about making this trade happen, they will. Trust in Cashman regardless of what goes down, he’s on a legendary roll as a GM right now, let him let it ride. He’s earned that much.