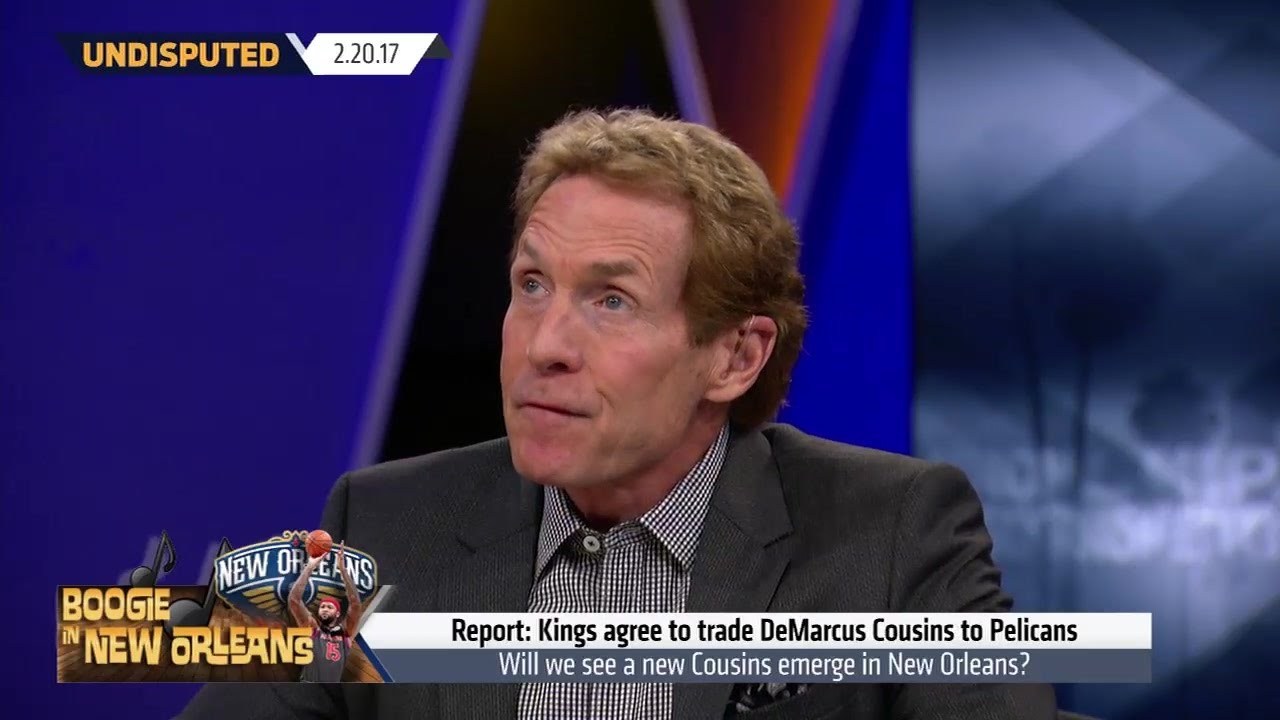 Skip was already an avid tweeter of hot takes at ESPN, much of them ill-advised and others just flat out incorrect. Now that he’s at FS1, he’s basically paid to out ridiculous his own ridiculousness. It reaches the point of actual satire at times. As if his tweets could be something that’s sourced to help support an article in the Onion. Skip fired off a tweet about Pelicans Anthony Davis Thursday to try and draw attention to his show that no one watches. That’s not even an exaggeration. At times last year Undisputed drew a 0 rating in some of the top 50 DMA’s. That means that less than 1000 people were estimated to be watching his show in some of Americas biggest markets.

In May the Bayless-led Undisputed drew a 0.0 rating in 20 U.S. TV markets including Buffalo, Boston, Milwaukee and San Francisco. https://t.co/lbvsYvekpt

Fucking Boston and San Francisco?! Those are two MAJOR markets and Skip couldn’t even draw 1000 people to watch his show. ONE THOUSAND. In areas with populations in the millions, Skips getting less viewership than some teenagers get on Instagram Live. Put that into perspective for a minute on how uninteresting you have to be to achieve that on a major network that promotes your show more than Draft Kings does its app during football season.

Anyways, enough with his shows unfortunate failures and back to him getting snailed on Twitter. Skip let this tweet go and the Pelicans fired back with a perfect response.

And just like that…SNAILED ’em. Got with everything that hurts. The tride and trues. Skip’s putrid High School basketball resume, Stephen A. Smith, the man who used to take him to school on the reg and a well done and timed google search photoshop job. The Pelicans are one of the handful of NBA teams that are great on Twitter. The Kings and Blazers are usually pretty good too. The Knicks…so trash on Twitter, classic.

I’m sure Skip saw this tweet on hopped onto his burner Twitter account to try and defend himself. Which I suppose makes him feel good. I just think his time might be better spent trying to get more than 26 fucking people watch his show in some of the nations largest, most sports-crazed cities. Then again if you’re tweeting out shit like this, the fewer eyeballs the better.

P.S. Also Skip, Isaiah Thomas is the most overrated player in the NBA and it’s not even close. Like the same distance between your show and 1 million viewers in Boston.