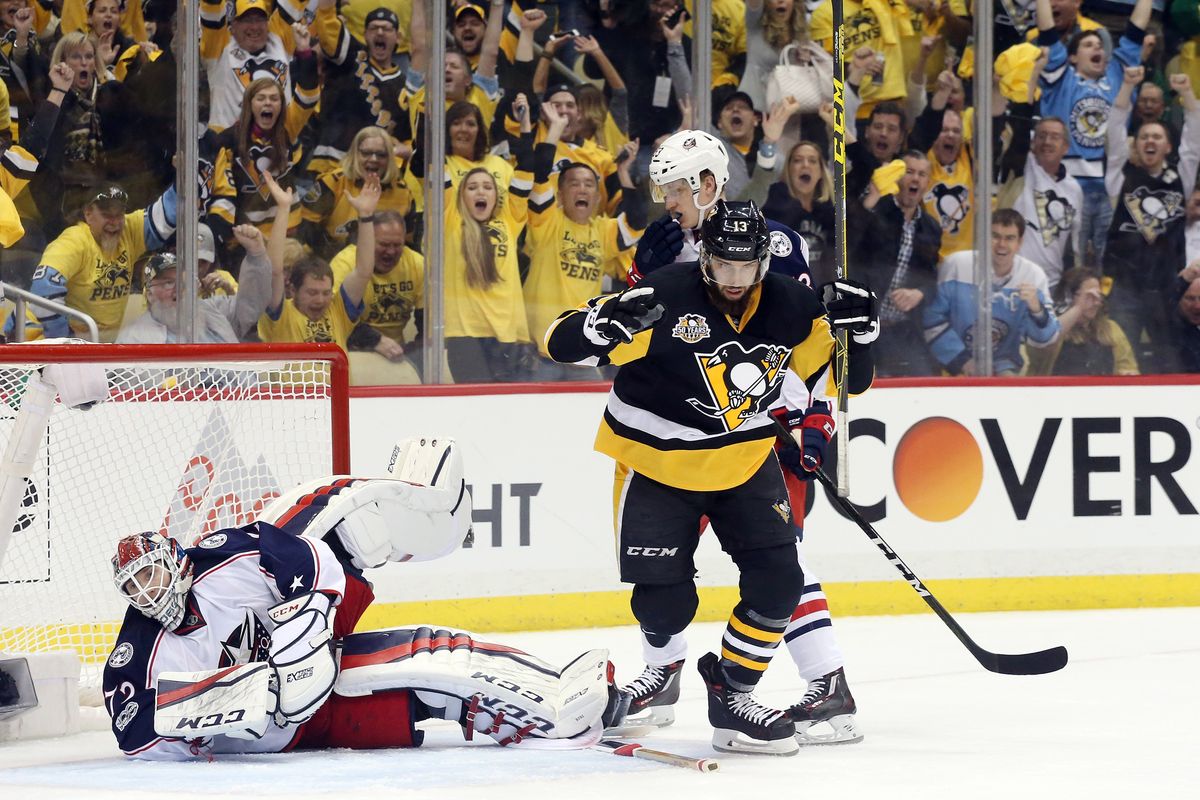 A Pittsburgh man stabbed in the head with a screwdriver during the Penguins’ playoff opener against the Columbus Blue Jackets on Wednesday night refused medical attention until the game was over, police said.

Officers were dispatched to the City of Steel Auto Detail shop in Pittsburgh’s Carrick neighborhood at 9.12pm local time on Wednesday, where they found the 43-year-old victim bleeding from the scalp, a Pittsburgh police spokesperson told the Guardian.

Authorities said the victim, who was unidentified by police but said to be the owner of the shop, was in the rear of the building when he became engaged in a verbal altercation with a 25-year-old male, whose name is also being withheld.

The conflict escalated until the younger man struck the victim in the head with a screwdriver, the officers said.

Police said the victim refused treatment for the laceration from paramedics on the scene, stating he would drive himself to UPMC Mercy hospital after the game, which he did once it finished at 10.17pm local time. H/T (The Guardian)

Does it get any more Hockey than this? Take that Canada! Who’s fans are the same fans that brag about being sooooo much tougher and meaner than their American counterparts. Mind you, coming from a country where people who are known across the globe for profusely apologizing even when they’ve done nothing wrong, being overly nice to the point of almost creepy and top it all off, afraid of the dark. Granted I’m personally afraid of the dark too. I also don’t go around bragging about being the toughest guys north of the equator, so its a moot point. Don’t throw pucks when you live in a dark thin ice house.

Don’t mind us pussies down here Canada. While you’re running to hide under a blanket before the lights go out, our boys down here are taking screwdrivers to the dome and walking it off as if nothing happened.  Still walking himself into the game, not missing a second of it, then driving himself to the hospital.

This guy embodies hockey and their fans. Stabbed with a screwdriver, eh walk it off. This guy has the Steel City in his blood, and now literally pieces of actual steel.

Thankfully the Penguins won. I can’t tell if them losing would have made him look more badass or like an idiot. Whatever they won, #WorthIt