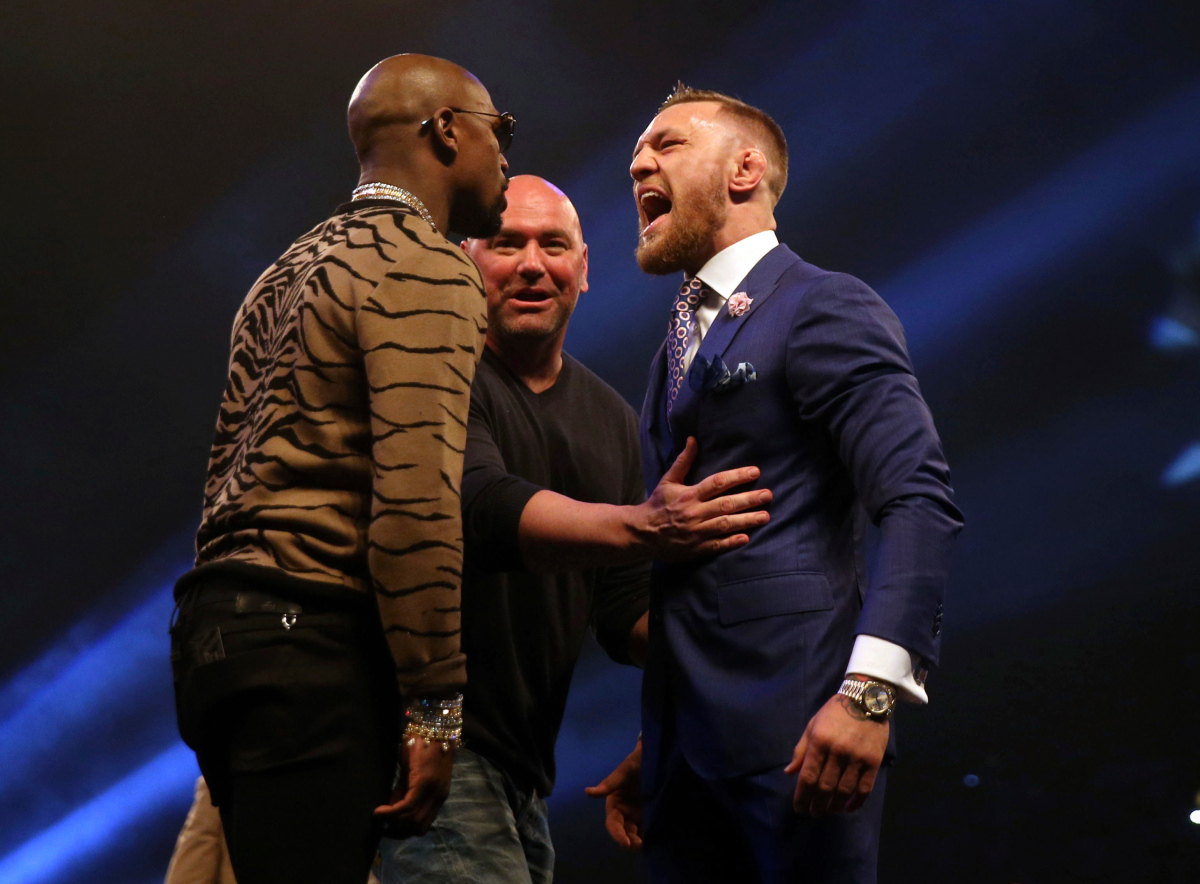 Check out this video on Streamable using your phone, tablet or desktop.

Now I get that this is all for the show, I get it’s all a part of the hype tour and this was bound to come up. Floyd is forced to address it in some fashion. But all that frivolous shit aside, Conor McGregor has absolutely no right to mention the octagon. Not after the way this all played out. Not based on the terms of conditions of this fight he begged for and agreed upon. No, that’s not how this type of deal works bud.

Conor McGregor is a fly on the wall compared to Floyd’s career. He’s a side note. The ultimate B side. Floyd was happily retired, worth hundreds of millions of dollars, doing literally whatever he wanted. There has never been anyone in sports who needed someone more than Conor McGregor needs Floyd Mayweather. Mcgregor said it himself. This one fight is going to quadruple his net worth. Just stepping in the ring will change his life forever. Yeah, for Floyd, it’s just gonna be another paycheck. Won’t change his lifestyle at all. Maybe just ensure another generation of his family will be supported.

When you come at Floyd for no reason other than to poke the sleeping giant in an attempt to score a huge payday cause the craft you perfected isn’t anywhere near as lucrative, you don’t get the right to make your own terms. When you open your mouth and say you’re going to beat one of the best boxers of all time, you don’t get to talk about an insurance policy of fighting your own way in a rematch.

You opened your mouth Conor. You begged for this fight to happen as a boxing match, and you’re the one who said and continues to say that you will beat Floyd…in a BOXING match. Conor hasn’t earned the right to talk about a rematch, let alone one of his terms. Floyd didn’t ask for this fight, Floyd doesn’t need this fight and he doesn’t need Conor. Conor made his bed, its time to lay in it.

When Conor gets beat handily, he better take his money and walk away. At the end of the day, no matter how much he talks and no matter what he does or says, he better thank God every single damn day Floyd Mayweather even knows his name.

Tyronn Lue Was Not Impressed By Lonzo’s Triple Double, Falls Asleep During Game
WWE Battleground Predictions, Kurt Angle You ARE The Father
To Top