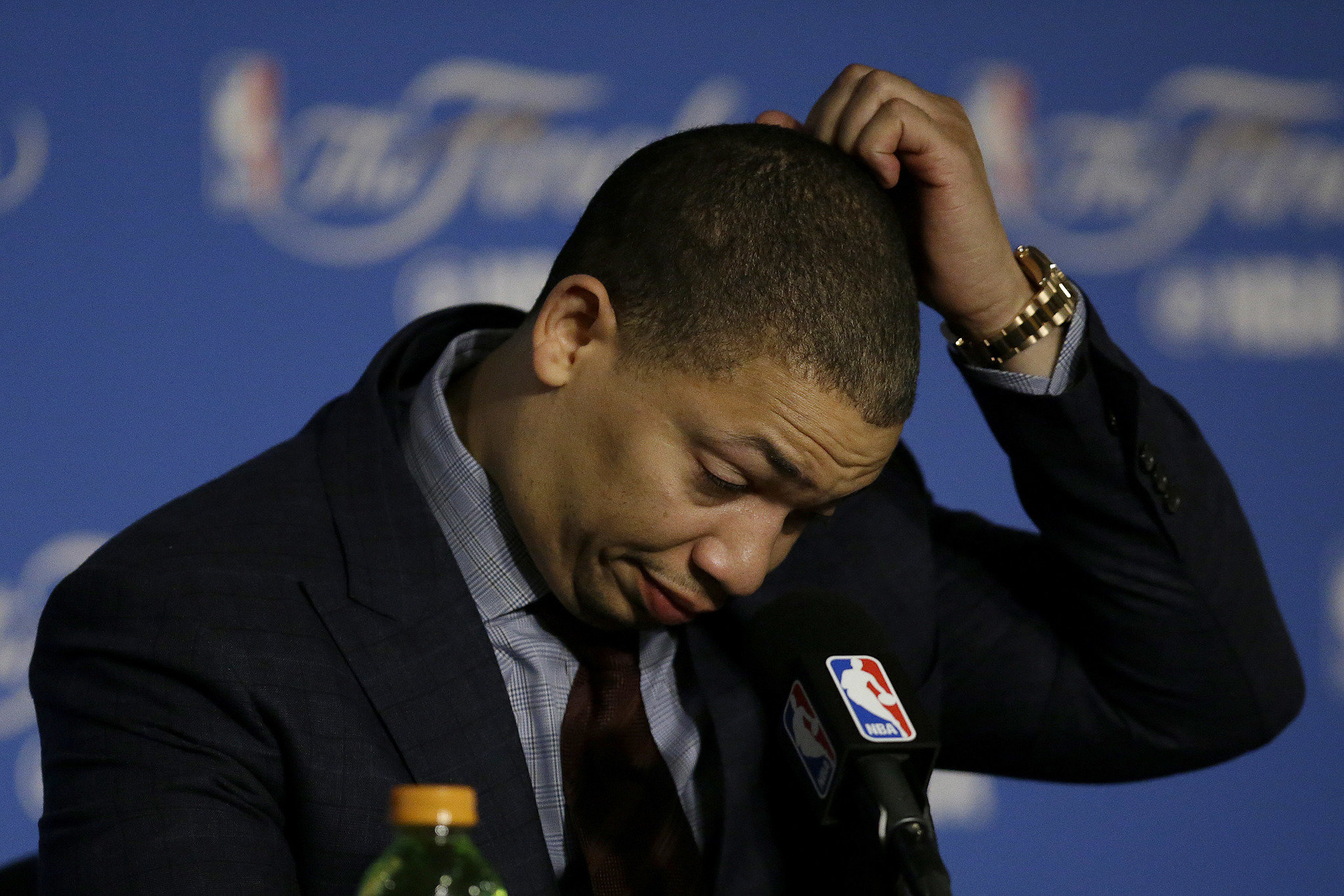 Some people are debating if Coach Lue was indeed asleep, but there’s no debate here, Mr. I’m Famous For Being Stepped Over was KNOCKED out. His mouth is a dead giveaway. His eyes may be deceiving, possibly looking down at his phone or something, but that mouth seals the deal. It’s wide open and lifeless. That doesn’t happen when you’re awake. He looked like he was passed out drunk as a skunk. The only excuse he could have for not being asleep and having that face is that he looked down at his phone and realized that GM Lebron had not been able to pry Carmelo Anthony away from the Knicks.

Lue is a Lebron coach, he was brought in as a figurehead to replace Blatt. He’s a puppet for Coach, GM and Owner Lebron. Lebron was in the building as well, Lue knew this, he was just seizing the moment of grabbing some shut eye while his boss was there to take over. If Lebrons in the building watching the same game and players, then anything Lue remembers or has to say is pretty close to irrelevant. He’s just being smart, recharging the batteries and will reallocate his energy elsewhere. Though as long as Lebron is in Cleveland I don’t think he’ll require much of it.