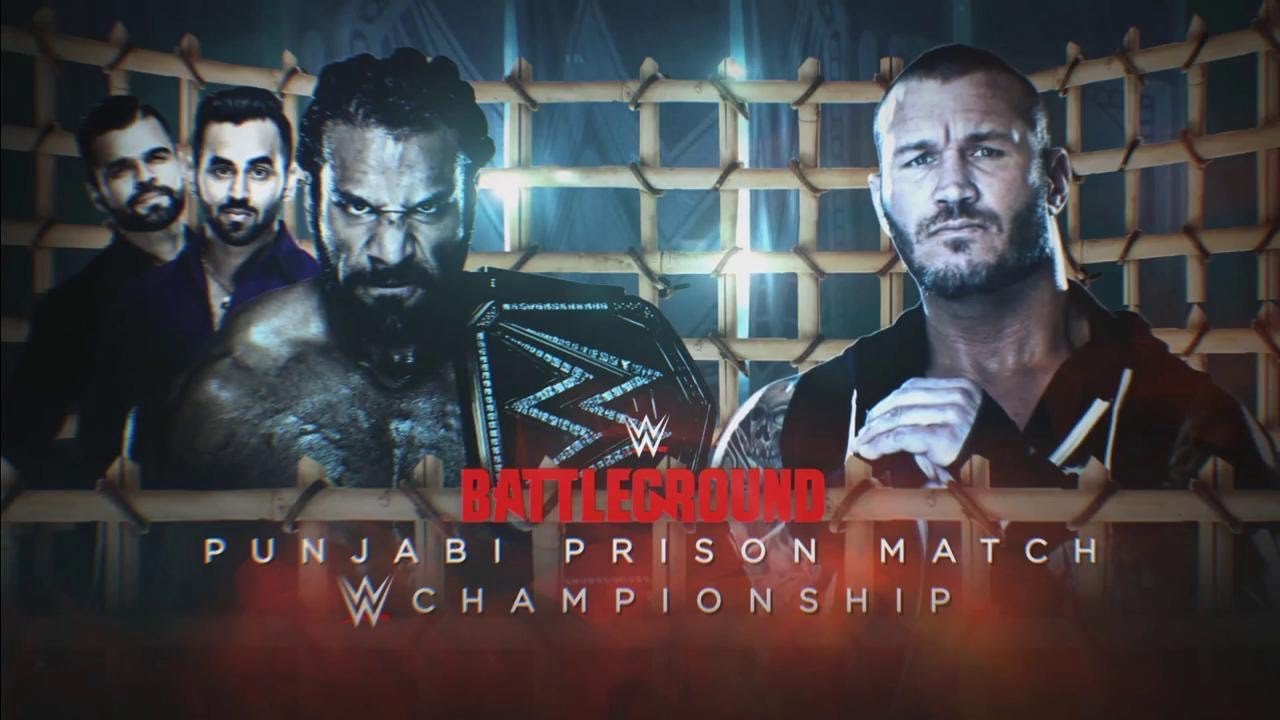 Both RAW and Smackdown were so weak by WWE this week that I’d rather focus on predictions for WWE’s last PPV before SummerSlam.  The one part I do want to discuss before heading into the results was the Maury Povich-like moment of RAW where we found out Kurt Angle has an illegitimate son that happens to be a WWE superstar.

This was some old-school storytelling that doesn’t necessarily work anymore given how much the world knows about every member of the WWE roster.  However, WWE doesn’t seem to care about any of this so the last couple of months, RAW GM Kurt Angle received some mystery texts threatening his legacy.  This was built up and revealed to be that Angle had knocked a girl up and found out that the child that came of this pregnancy was conveniently a WWE Superstar.  Angle brought this person out which was revealed to be Jason Jordan, a member of Smackdown and the popular tag team American Alpha.  Jordan is now a member of the RAW brand and his partnership with Chad Gable is dissolved.  Gable even tweeted “um…what?!” in response to all of these shenanigans.

This is such a ridiculous story and I’m not sure if this will help get Jordan over, however, I’m keeping an open mind.  Angle sold this story so well and if this gives us more of that classic Kurt Angle, I’m all for this.  Also, Jordan can be revealed to have lied about this all to help get ahead and push him as a heel.  What I’m saying here is, this is weird, but let’s give this a few weeks before ringing the panic bell.  Also, with both having that wrestling background, they could have done worse with selecting a son (i.e. Hornswoggle). 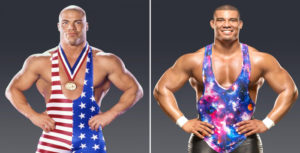 Just for the record, I’m skipping any preshow matches or potential matches to come such as the Fashion Police taking on a mystery tag team.

Corbin is coming off his big Money in the Bank win and been getting the best of Nakamura each week.  This has all the makings for a Nakamura victory.  WWE loves to book holders of titles (the briefcase is a title in a way) to lose in non-title matches and given that Corbin is being built up at Nakamura’s expense, I expect Nakamura to start building some steam again heading into SummerSlam.  Writers may feel Corbin doesn’t need to win matches because he can just ambush the champion and win the title at a later date, so I expect some losses until this happens.

This could be legitimately anyone (except Becky Lynch) but I expect a true heel to take this one.  Naomi is super over as a champion so she needs a strong heel to be a threat.  I think the only two options have to be Natayla or Tamina.  This may be the first time ever I’m considering Tamina as a winner, but she has the look and threat to Naomi.  If Naomi is to keep her championship at SummerSlam than Tamina would be the one to go over.  With all this in mind, Tamina has that Kane feel of she can’t win any big matches, so I’m going Natayla here as the match between her and Naomi would be great, plus it’s her time to be a champion already!

This is a tough one, but besides the epic rap battle on Smackdown a few weeks ago with Wale, this feud has lost its luster.  Most of this is the fault of creative because booking one member of the New Day against one member of the Usos with no consequences is BORING.  I’m going New Day here because the division will be much more fun with them as champions again especially arriving at SummerSlam.  I do actually believe the Usos will take this one because The New Day has that feel of a Nikki Bella or John Cena that after their epic run, they are used more to primarily push other talent rather than capture the championships again, but I’m picking with what I feel will be the smart decision, don’t you dare be sour! 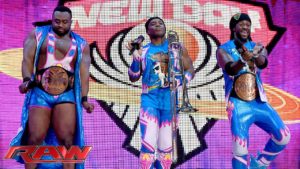 I still don’t understand why Styles won this championship at an untelevised event at MSG except to try and push future house show sales.  Regardless, this is the world we are living in and there is NO WAY that Styles should lose to Owens and play hot potato with the championship.  I’ve said in the past that I don’t love Styles and Owens going from WWE Championship reigns to holding a secondary title, but Styles has a chance to have a Bret Hart or Shawn Michaels reign with the mid-card championship.  While Michaels and Hart both didn’t regress back to the Intercontinental Title once they were elevated to the WWE Championship, Styles can have similar matches and a lengthy run to make this belt matter again.  Back in the 1980s and 1990s, the IC Champion had the best matches and were given to the workhorses of the company.  This embodies AJ Styles and let’s hope for a similar run before taking that step back to the main event picture.

I still don’t understand why this match is happening and not on July 4th, but as they said on the Netflix original series GLOW, the classic U.S. vs. Russia rivalry never gets old.  The only issue with this is this is a similar rivalry for Mahal and Orton which while the focal point is over U.S.A. pride, it is constantly chanted by the crowd and used in Mahal’s promos.

I don’t even truly understand how to win a flag match if it’s just grabbing your flag and you win, or if you need to wave it three times, hop around and sing your country’s national anthem uninterrupted, but John Cena wins this one no question.  Consider this match a stepping stone and welcome back for the Hollywood star and 16-time World Heavyweight Champion to challenge for the championship to try and break the tie between Cena and Flair’s championship record.  Expect Cena to be out by Rusev’s Accolade submission, but Cena to somehow stand on his own two feet and reverse this into an Attitude Adjustment for the win. 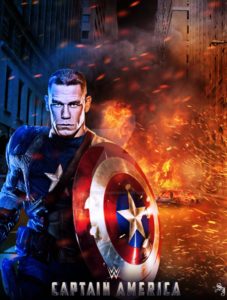 This match is taking place in the Punjabi Prison which I believe there have only been two matches ever and neither were any good.  I expect this one to be boring and all about if anything cool will come of the stipulation.  I just hope the finish won’t be Orton destroying Jinder’s crew and while distracted, Jinder wins as has been the last two matches.

Regardless of how he does it, Jinder Mahal will win again.  As I’ve said earlier, I believe Cena will challenge for the Championship at SummerSlam and Mahal is a much stronger opponent than Orton who we’ve seen take on Cena 1,985,246 times (actual total).

That’s my predictions.  Think I’m wrong?  Leave your predictions in the comments and let’s see who wants to go one on one with the great one.