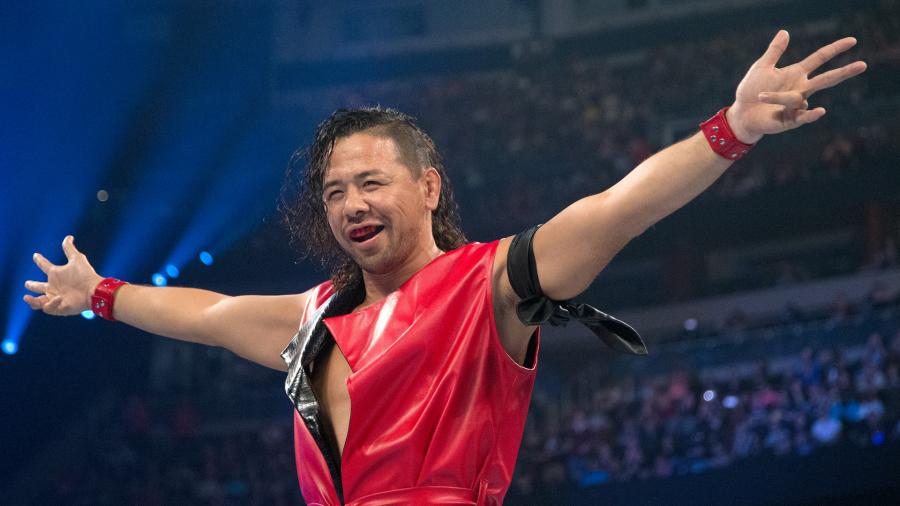 Haters of John Cena be damned.  The man has no issues putting over newer talent to help create stars.  With a ton of hype surrounding the #1 Contender match between Cena and Shinsuke Nakamura, I expected Cena to be victorious over the King of Strong Style, however, I have to give it up to the bookers giving Nakamura the victory.

The scary moment of the match came right before Nakamura’s Kinshasha where Cena was dropped awkwardly on his neck.  If you replay Smackdown, you can see Nakamura tell Cena he’s sorry for Cena responding “don’t be sorry.”  Hopefully, Cena is okay, but regardless this was one great match.  One criticism is that John Cena’s finisher, the Attitude Adjustment just has no impact anymore.  I know it would be insane to change his finisher 17 years later, but what’s the point of it if everyone kicks out of it?  In fact, Cena hit the AA on Nakamura and then instantly picked up Nakamura again to go for the move a second time and Nakamura instantly countered it and hit his Kinshasha on Cena as if nothing happened.  The AA needs to go, or we need to start seeing finishes with it again.  Otherwise it’s no better than a wrist-lock.

Now shockingly, Nakamura is heading to SummerSlam to take on WWE Champion, Jinder Mahal.  I really expected Cena to win due to the PPV being in NYC and a chance to break Ric Flair’s championship record on the line.  The only reason Nakamura’s win makes sense is that Cena is being advertised for RAW house shows now, so could a potential brand shift be in store for the 16-time champ?  The stage is set for Nakamura to take the championship similar to Finn Balor next year for a great moment in NYC.

In other championship news on Smackdown, AJ Styles defeated Kevin Owens to retain his U.S. Championship with some controversy.  For the second time in this series of matches, someone was pinned with their shoulder still up.  I’m not sure of why this has become a recurring theme given that it happens never in other matches, but it is probably the only way they can protect both guys.  With Owens irate backstage, Daniel Bryan and Shane McMahon make a rematch for SummerSlam with Shane as the special referee.  I love seeing both of these two work, but I’m hoping for Shane to add some value here as the ref.  I can see Shane accidentally costing KO the match and setting up a future match down the road but we’ll have to see in a few weeks.

Moving over to RAW, there were some great moments followed by a complete give up for the main event.  First, we get a segment with all four participants for the SummerSlam main event (Brock Lesnar, Braun Strowman, Roman Reigns and Samoa Joe).  Lesnar’s advocate Paul Heyman makes the statement that his client won’t lose at SummerSlam and if he does, Lesnar and Heyman will leave the WWE!  Normally, these stipulations mean that the champ will never lose, but this time I feel that it’s going to be used as a way for Lesnar to step away for a few months and either go back to MMA to take on Jon Jones or just chill on his farm for a while.  Lesnar is still married to ex-WWE Diva, Sable, so I know which option I’d choose.

Lesnar ends up leaving the show while Reigns, Braun and Joe have a triple threat match where Reigns picked up the victory with a Spear.  While this match was great, it was shockingly at 10:00 p.m. making me wonder what would close out the show this week.  More on that later…

How about the Hardy’s trying out a possible new gimmick now?  WWE posted a backstage interview where they spoke about The Revival and Matt Hardy said he’s been “awoken” now.  Fans are speculating that he’ll become “Awoken” Matt Hardy since that rhymes with “Broken.”  The Hardys seem so desperate to become any version of their old TNA gimmick so I would expect this to be some loophole to change their current Hardy Boyz gimmick so buy the shirts while you can!

Dean Ambrose and Seth Rollins are having a big will they/won’t they this summer wondering if the two former Shield members will reunite.  Obviously, they will and possibly form a tag team and go for the championships because, why the fuck not? Rollins has nothing to do and is clearly out of the main event picture and Ambrose has gone in circles so much feuding with the Miz I’m getting whiplash.  I do think teasing a reunion of Shield members loses something without Roman Reigns involved.  Fans are desperately trying to see The Shield return once more and to just see a fragment of the faction come out and not even as The Shield, but as individual people isn’t that exciting.  Will this culminate in some type of Shield reunion? It would certainly make a smaller PPV exciting if that was on the card. 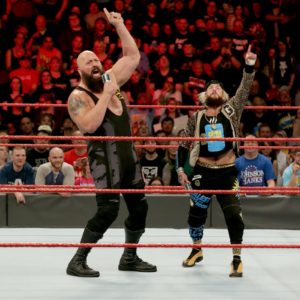 Finally, the main event of RAW was a freakin’ embarrassment.  After seeing all of RAW’s biggest stars, the night ends with Big Cass taking on The Big Show and no one could give a fuck.  This is a mid card feud that has some entertainment value and usually ends with Enzo getting his face kicked in, but for some reason, WWE decided to end the show with this match.  This structure felt a lot like Saturday Night’s Main Event where they would open with the big match since it was on so late, then end the show with a lesser feud since viewership is lower.  Has WWE thrown in the towel of trying to keep an audience throughout their entire show?  If this is a trend, I may finally start switching off the TV.  By the way, the match ended with a DQ after Enzo was involved and Big Show punched Cass to end the show.  Terrible job to make me want to tune in next week with nothing exciting to close out the show.

That’s it for WWE this week.  No PPV next week so enjoy Game of Thrones in peace!  SummerSlam is next and with a few weeks of build ahead, hopefully, the card continues to take shape.