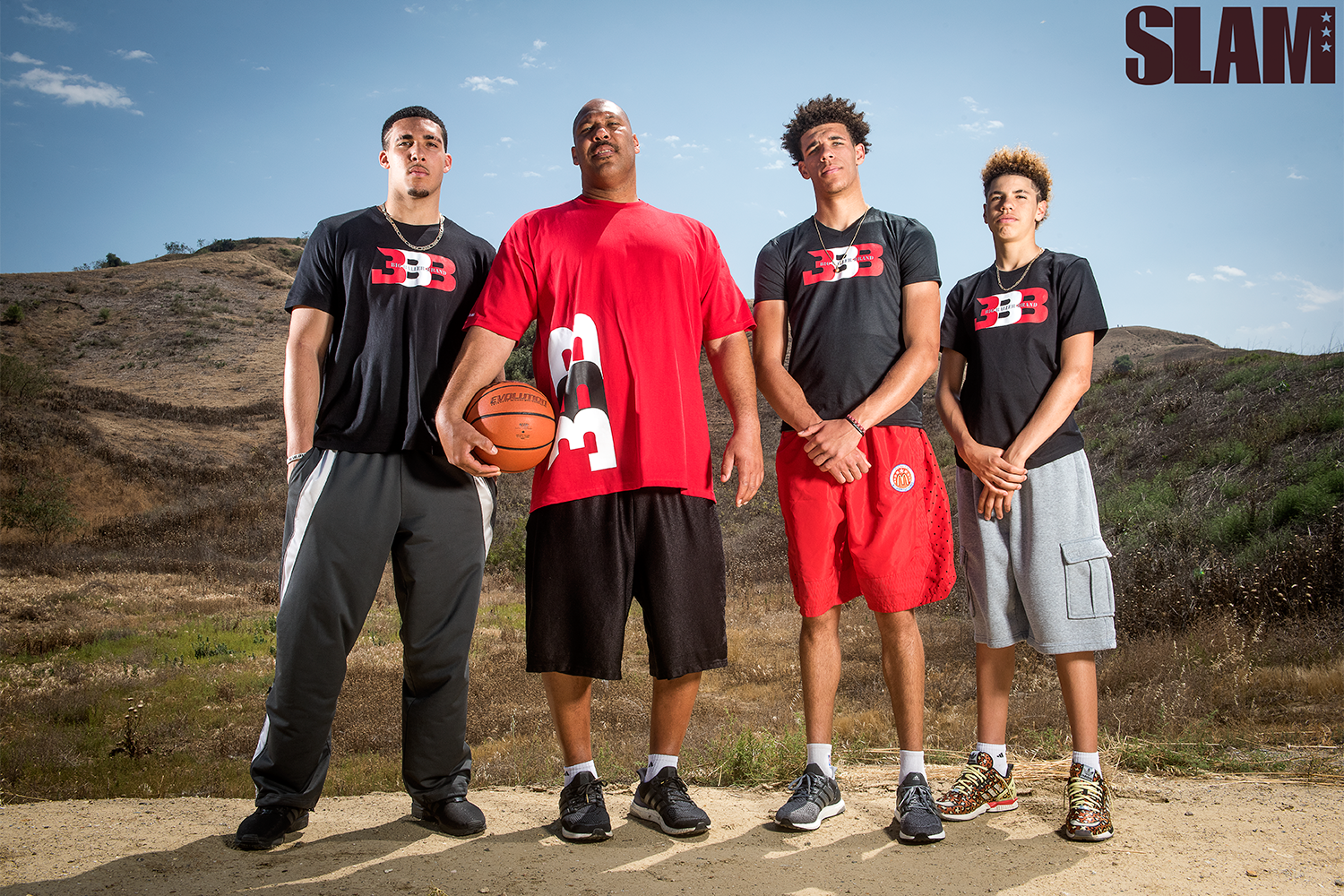 Lavar Ball. Sound familiar? Well, you might actually be thinking of Pac-12 freshman phenomenon LONZO Ball, who should be a potential lottery pick come June 22nd. But let’s actually discuss his father Lavar for a second, because hey, the man loves all the attention he can get. Normally I would not write about such an irrelevant figure in the sports community, but however, let us touch on the “hot topic of discussion” (barf).

Who is Lavar Ball do you ask? Lavar Ball, as I mentioned earlier, is the father to not only Lonzo Ball, but has two additional younger sons who also have potential to be great. This could possibly be the beginning of the next great sports family to hit the NBA. The Ball brothers have the potential to all prosper and have successful careers while accumulating tons of accolades and money along the way. There is sadly one thing, yea I said “thing”, in the way, their father Lavar. There have been plenty of successful father-son/s combos in the league: Bill and his son Luke Walton, Dell and his sons Seth and Stephen Curry and Mychal and Klay Thompson to name a few.

These families have become successful through an influential patriarch who paved the way for their kin. These fathers put their sons on the game of basketball from a very young age. Taught them the rules and fundamentals. Set them up with good programs and coaches to develop them. Motivated them to put in countless hours of hard work because they themselves knew what it took and more. Lavar followed in the footsteps of Bill and Dell, except there was one major factor missing, knowing what it takes to play and prosper in the league.

You see, Lavar may know the work ethic that is needed, but his career as benchwarmer for Washington State in the 80s doesn’t accredit him to know what it takes to make it in the NBA. Not only were Bill and Dell successful NBA players, they held a glistening public image. Since they knew that player image plays a big impact on everything “outside of basketball”, when the time came for their children to shine, they took a step back and did just that. They let their sons develop their own image of themselves to the media and fans. They watched their sons from the sidelines and responded in a humble fashion when asked about their children. They knew that their over-involvement in their kids’ careers could potentially cause more harm than good. They were content with their life accomplishments and knew it was time for their sons to rise to the center stage. Maybe Lavar on the other hand is living vicariously through his children. Maybe he’s finally getting the attention in the basketball community that he has always wanted but was too pathetic of a player to get it on his own. Maybe he should just shut the fuck up and let the success come to his kids.

Let’s not pull another Joe Jackson. This isn’t the Jackson 5 and it sure as hell will never be the Ball 3. Let’s not lead Lonzo down the same dark path Michael’s life lead him too. Final message for Lavar Ball, let your children shine like the stars that they already are and will become. Let the sports agents, GMs, coaches, PR dept, and other “professionals” do their jobs to get your sons to where YOU want them to be one day. All we ask is for you to stop with the outlandish commentary, grand ideas for clothing companies and other garbage, and just sit back and enjoy watching your sons play and grow as men.

The Warriors Are Hitting Stride At The Perfect Time
With Resting Star Players A Serious Concern In The NBA, The League Searches For An Answer, We Have One
To Top