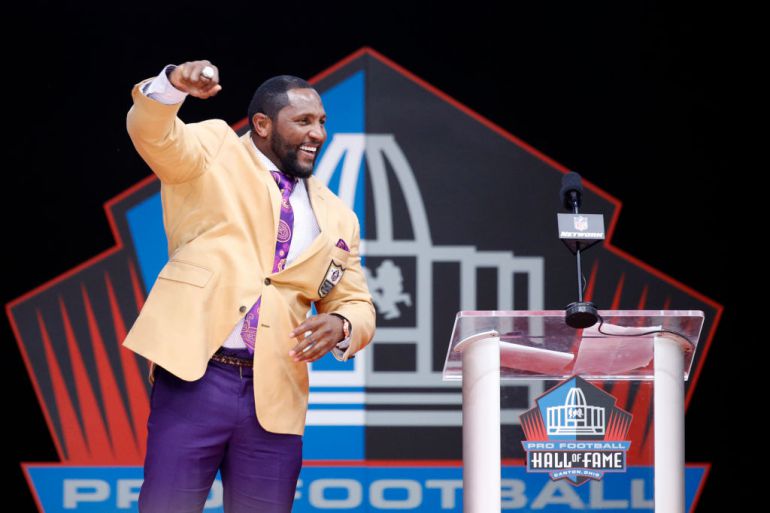 Saturday was the annual NFL Hall of Fame induction in Canton, Ohio. This years class was one of the best in recent memory, including the second and third best WR of all time (unarguable, don’t @ me) in Randy Moss and Terrell Owens. As well as two all-time great linebackers in Briand Urlacher and Ray Lewis.

Aside from the gold jacket the inductee receives, the bronze bust made of their faces is the biggest part of the induction ceremony. It’s what will represent you in Canton forever. Long after you are gone. It’s how the future generations will remember you and what you look like. Busts generally tend to be pretty good representations of the player’s likeness. I’m sure the NFL doesn’t skimp on the cost of these things. Which I can imagine is hard to find cheap no matter who is doing it. Every once in a while you get one that really misses the mark. One that looks like an entirely different person.

Well, unfortunately for Mr. Ray “I was questioned in a double murder investigation but now am a child of the lord” Lewis, his bust was one that really missed the mark.  The reactions on Twitter were fantastic per usual. Here’s the best we came across and as always, the internet remains undefeated.

Ray Lewis apparently got Santonio Holmes’ bust at the Hall of Fame. pic.twitter.com/WfdeVhLQ6g

Did they give Warren Moon's bust to Ray Lewis by mistake?#PFHOF2018 pic.twitter.com/nVz7tv52kN

Why does Ray Lewis’ bust look like a Madden MyPlayer? pic.twitter.com/KsajEdcy7X

Did the artist of Ray Lewis’ is bust just find out what he looked like yesterday? #HallOfFame #AintMyRayRay pic.twitter.com/BUJZqKFUr9