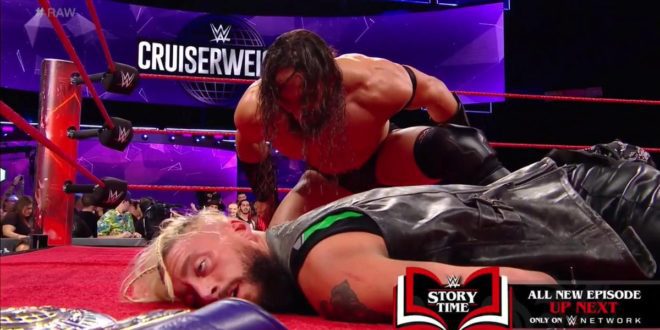 As I’ve been saying, there’s a changing of the guard in the WWE.  Roman Reigns defeated John Cena to run with the torch, but I think it’s Braun Strowman picking up the proverbial ball and running with it.  RAW also ended with Enzo Amore, WWE’s NEW Cruiserweight Champion as the main event?  Something feels different here and I’m not sure how I feel.

After No Mercy, Roman Reigns really showed some promise in his first in-ring promo since defeating John Cena at the PPV.  Reigns felt more free and loose to act a bit heelish, but still, play the hero as he was on Miz TV which was basically one giant tease for a potential return of The Shield.  I’m all for Reigns in this role and if this begins a Miz/Reigns fed to lead to a Shield/Miztourage match, bring it on!

The best moment of RAW for all (as I’ll be speaking for all fans here), was BRAUN being BRAUN.  Curt Hawkins came out talking about his 119 match losing streak which is a fun little story for him and when he made an open challenge, out comes Braun Strowman.  This felt like a throwaway for Strowman until he made it special.  Strowman chased Hawkins around the ring and led to an awesome slam throw the video board making it lights out for Hawkins.  We were then treated to a match between Ambrose and Strowman, where Strowman won and Ambrose’s partner Rollins announced he would take on Strowman next week.

So where are we going with this?  One of my favorite writer’s Justin Labar predicted a potential TLC match of Rollins and Ambrose, Cesaro and Sheamus vs. Braun and which would be a fun match!  I just don’t know if this would conflict with a Shield reunion or not since we seem to be going all in with Shield teases and 3 on 1 attacks for Reigns and Miztourage.  Perhaps this could be held off until the next PPV or just do this match on RAW?  Some exciting stuff regardless in the tag division, even with Jeff Hardy nursing an injury and out indefinitely. 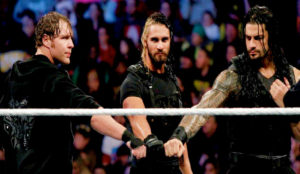 The last thing to mention is how RAW quickly quit trying this week.  Miz and Reigns was an entertaining match and could have closed the show, however, that came on at the 10:00 hour while the show closed with a pointless tag match between Bayley and Sasha Banks against Nia Jax and Emma.  Who honestly was excited for this?

Mid-match I realized the only angle left being teased was Enzo Amore’s championship celebration.  Seriously? The Cruiserweight division is all kinds of boring with every person brought in feeling irrelevant and having no business on RAW.  The only two exceptions are Neville and Enzo who are now the focal points of the division.  This feels like WWECW all over again where the division will be made up of rejected WWE guys.

Enzo wasted no time going full heel taking shots at his old partner Big Cass and the entire Cruiserweight division.  The best moment came with a bit of truth where Enzo declared that this division is only in the main event due to him.  He may be right.  Neville came out to interrupt Enzo and even though Amore had a protected order with him where if anyone attacked they would lose a future title opportunity, Neville interrupted calling Enzo a disgrace and attacked Amore.  This was as good of a segment as it could be inclusive of a double turn of Neville and Enzo, but still, is WWE just punting the last hour of the show due to Monday Night Football?  I know the Cowboys and Ezekiel Elliot can bring the ratings, but there was no incentive to keep watching.  I, of course, stayed tuned thinking something major has to happen, but nothing did.  If the “Certified G,” Enzo Amore, is in the doghouse with the company, I’m surprised he was given a championship and the main event slot on RAW.  Truth or “fake news,” WWE did a great job making Enzo act the way we read about online by being obnoxious and constantly called out by the other superstars for being a disgrace to the business.

After the show, Braun Strowman came out again to maul Enzo to send the crowd home happy.  This is where we are now.  John Cena and Brock Lesnar are gone again and Roman Reigns isn’t the top fan favorite anymore.  This spot is being given to Braun Strowman now and this is his time to establish himself as a dominating force and the crowd will eat it up.  In this position, Strowman will be your next champion and as The Shield would say, “you can believe that.”