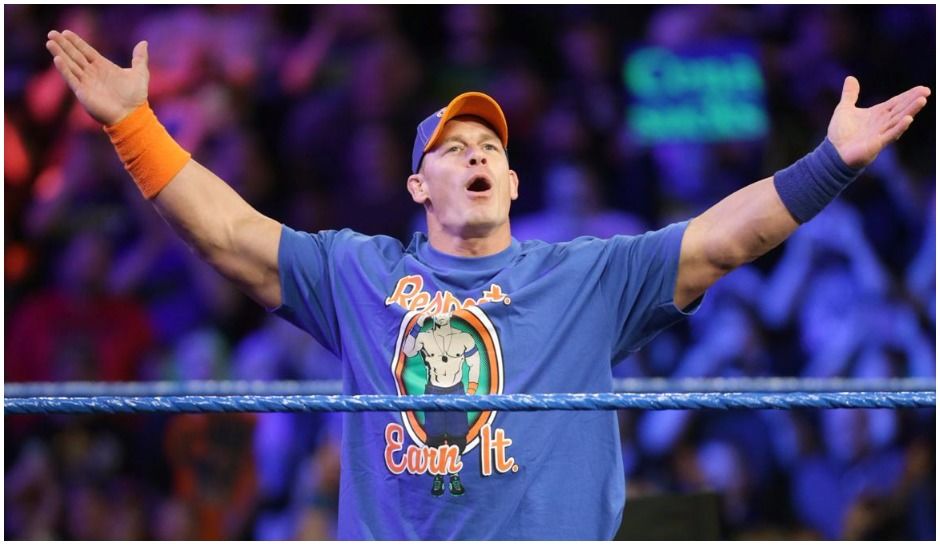 We are just days away from the next PPV, WWE Great Balls of Fire, yet WWE RAW didn’t deliver much in it’s final build-up to the big event.  Meanwhile, Smackdown delivered an entertaining show featuring the return of John Cena and Rusev, plus a battle royal and a title match.  Did I mention a new glowing Women’s Championship? Read on!

What a boring show this week brought.  The best part of the show to me was the opening with Enzo.  He delivered for a second week in a row, such a great and meaningful promo making me truly invested in this feud.  I do prefer seeing these two as a team, whether it be heels or babyfaces, but I’m willing to see where this story goes.  I’m just unsure how I feel about a match at the PPV between these two.  Cass can’t sell anything serious from Enzo so I hope they do something creative to give both of these guys something memorable and fuel going forward.  Line of the night was Enzo calling his old partner Big Cass, a “Casshole.”

While the Brock Lesnar and Samoa Joe backstage segment was mildly entertaining, it wasn’t enough for me.  I’m excited about this match-up this Sunday, but still am not a believer that Joe even has a chance against the Beast.

As for the Braun Strowman/Roman Reigns feud.  I’m excited about their ambulance match, however, the main event of the show being Strowman against Apollo Crewes was a HORRIBLE decision.  No one cared about this match, and Reigns only appeared at the very end out of the ambulance.  This fell flat.

RAW was seriously missing star power this week.  Rollins fought Curt Hawkins, AGAIN. Bray Wyatt wasn’t even on TV, Roman Reigns appeared in the last seconds of the show and Finn Balor is in a terrible feud with Elias Sampson.  Boo.

This left the Hardys watching an entertaining, yet pointless match of Cesaro and Balor, Ambrose and Miz is just the same thing every week and just nothing interesting on the show.  Let’s use Great Balls of Fire to end some of these feuds and get some fresh matchups already.

I really enjoyed Smackdown actually.  It being two hours, makes the night fly by much quicker and I liked a lot of moments on the show.

First of all, John Cena is back and he is much needed.  Hate on him all you want, but he is one of the most interesting people on the roster.  He made it seem like while he’s here, he will show up on any show and I hope that’s true.  RAW needs him desperately.

After another thrilling John Cena promo, he’s interrupted by Rusev, which while I’m excited to see him, he’s not my first choice as Cena’s first challenge.  The two will be fighting at Battleground in three weeks in a flag match.  Given that it was July 4th, I was expecting this to be on Smackdown, but I suppose we can fight for patriotism on any day, right?

Also, for all the haters out there, I’m into Naomi’s light up championship belt.  Every week she comes out completely lit up with colors everywhere, EXCEPT for that belt.  It harms her look.  The addition of lights to her championship, complete her image and was a great step.  She also took down Lana in about ten seconds by the way, so there goes her championship hopes anytime soon.  Tamina Snuka came out for the save to Lana and now these two will be together.  Let’s get Lana in some feuds where she can be victorious and gain some steam to reemerge into the title picture.

Wale was host to a rap battle between The New Day and The Usos and while I was ready to die of awkwardness, this skit didn’t suck!

Some real world elements were brought into this segment which made everything feel important. Usos brought up Xavier Woods and his sex tape, The New Day made fun of the Usos for their ties to Rikishi and his large butt and much more! This was a fun segment and a lot of credit to Wale who proves celebrities can offer something to the product if they are fans.

The closing segment was a battle royal for the #1 contender to the U.S. Championship.  Do you see how this feels more important than the WWE Championship?  Those segments are midway through the show and have no real weight behind them.  Jinder Mahal is growing, but given that this isn’t the main event of the show with him and Orton, why should I care?

This match was a lot of fun and had some storyline implications.  Mojo Rawley eliminated his bro, Zack Ryder causing some potential friction between this team.  The Fashion Police weren’t so memorable in the match but had a funny segment where Tyler Breeze dressed up as Renee Young to ask Tye Dillinger his strategy going into the match.

In the end, AJ Styles picked up the victory and thanks to some interesting and funny commentary by Kevin Owens, I really enjoyed this match.  Styles challenging for the U.S. Championship again still feels like a step back, but a feud between him and Owens has all the makings of a classic so I’m all for it.

That wraps up another edition of WWE this week.  Tell us your thoughts below!