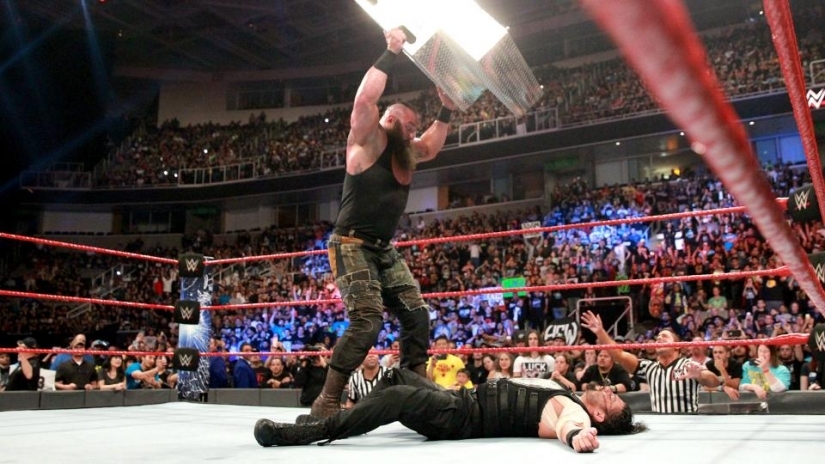 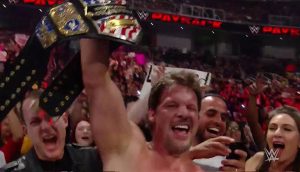 A busy week in wrestling with Payback, Raw and Smackdown to catch up on.  Last week, I had enough and needed to put WWE on the List of Jericho, this week on WWE Raw & Smackdown, while most of my grievances hold true, there were some great moments.

Payback had some great highlights which I’ll start with the Chris Jericho and Kevin Owens match. We know that Jericho has one foot out the door due to his band, Fozzy’s, upcoming tour, but Jericho’s win over Owens for the U.S. Championship was definitely a shock even if he is going to lose the championship a few days later.  These two have been some of the most entertaining aspects of wrestling over the year and this feud could have been a bit better if they were on the same show during the last few weeks.

I also am still intrigued by the Seth Rollins/Samoa Joe angle going on, but their match was only okay.  Since the finish was a roll-up, I expect this feud to continue and hopefully keep delivering intriguing stories and matches.  Also in the realm of “okay” was the House of Horrors match.  This took place as a pre-taped segment in a spooky house, but by the time they both were in the ring, this was just a run of the mill hardcore match with interference.  Also, after a refrigerator was dropped on Orton which knocked him out, Orton’s appearance in the ring was as if nothing happened.  Either way, Jinder Mahal came in to further his new feud with Orton and Bray Wyatt was able to pick up the victory and gain some steam before he takes on the Demon King Finn Balor on the RAW roster.

So Braun Strowman actually defeated the man who ended the Undertaker’s career, Roman Reigns CLEAN.  They had the excuse for Roman’s loss ready to go by showing up at the match all bandaged up, but this was a massive win for BRAUUUN.  After the match, Strowman attacked Reigns by an ambulance again, which led to my favorite GIF ever, where Strowman misses Reigns and runs into and takes off an ambulance door before falling into a bunch of boxes.  Strowman’s destruction is becoming epic, but now we will be left without Reigns on RAW again, where the brand actually needs his star power back.

RAW doesn’t have much to go over but one of the best people on the show is Alexa Bliss.  She opened the show bad mouthing all the other female wrestlers to their face while she stood on a pedestal after her big championship win over Bayley.  Bliss is the first woman to win both the RAW and Smackdown Women’s championships and that shows how she’s viewed in the company.  Expect Bliss to carry the RAW women’s division for a long time. 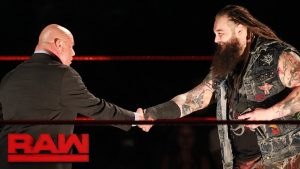 I really loved Bray Wyatt’s meeting with Kurt Angle in the ring too.  The tension where Angle claimed, “this is my show,” while Wyatt responded “this may be your show, but this is my world,” was so powerful.  Angle so far in his GM role has been lackluster.  There have been almost no entertaining moments from him, so I’m hoping Wyatt brings out the best in him and we get a return to Angle’s best form on screen.

The main event to close the show was AMAZING.  A #1 contender match for the Intercontinental Championship because, you know, the WWE Universal Championship doesn’t exist, between The Miz, Finn Balor, and Seth Rollins.  Prior to the match, Dean Ambrose delivered some very funny moments with all competitors acting as a backstage interviewer.  Ambrose’s act has been stale lately, but I have to admit, he was quite funny on this edition.  The match ended with Rollins being taken out by Samoa Joe so they can continue their feud and Balor taken out by Wyatt which was teased in the past.  This allowed The Miz to pick up the win to take on Ambrose for the IC title.  Cool!  No really, The Miz is the top heel in the company getting the most heat and now we have three epic matches ready to go for the next PPV.  Good work RAW.

Smackdown is going all in for Jindar Mahal and his WWE Championship heist.  Orton, fresh off his match with Bray Wyatt, still can’t get his championship back from Mahal. Again, I’ve heard it all from defenders of Jinder that he has the look and India is a giant market, but I still don’t care about this guy.  If WWE wants me to care, then he should beat Orton at the next PPV in the most heelish way possible.  Don’t worry, he won’t and will be back to irrelevance soon.

The only other highlight of this show was the Jericho vs. Owens rematch which is acting as the… Farewell of Jericho.  Say goodbye maaaaan… The night was dedicated to getting as much out of Jericho as possible before he leaves, so he was involved in an in-ring promo, backstage segment and main event match.  Owens won to regain is “Face of America” moniker but that wasn’t enough.  Owens DDT’d Jericho on the ramp, to play up a head injury, followed by Pop Up Powerbombs and repeated head attacks.  This was done to write Y2J off TV while he lives his rockstar life and hopefully will be back sooner than later.

Besides the highlights, some quick notes: