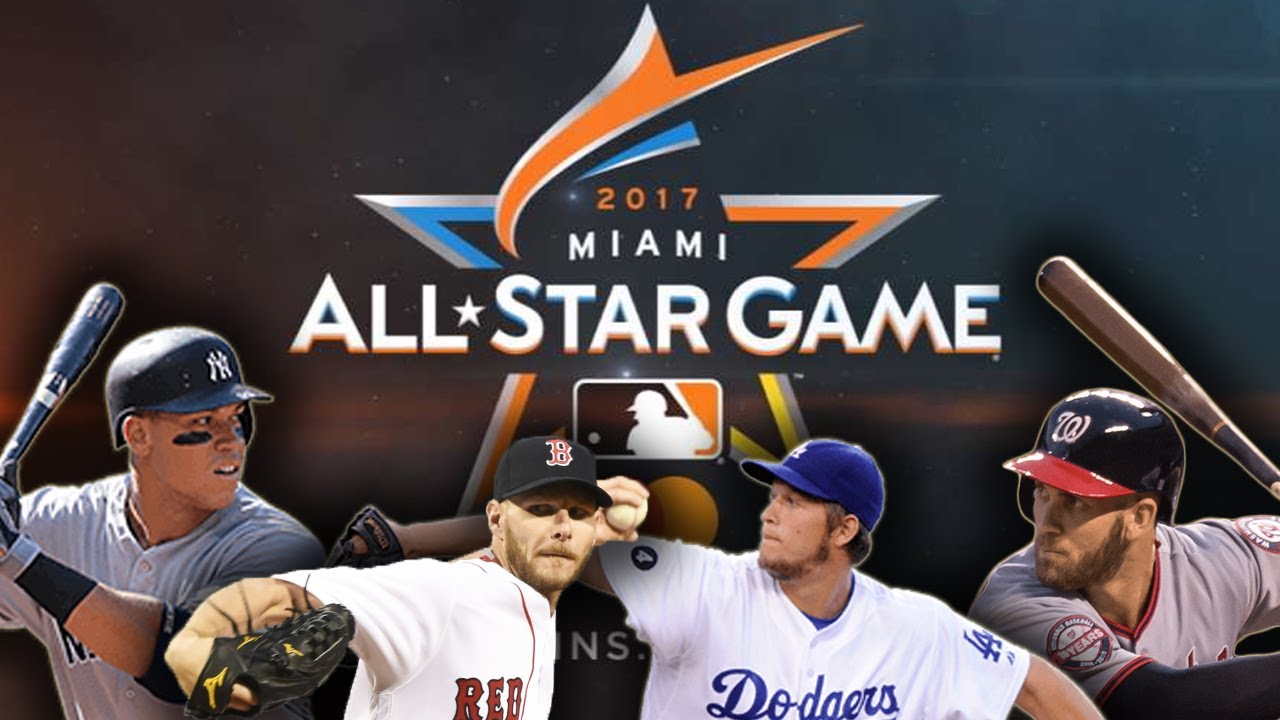 It’s no secret to anyone that this has been the year of the long ball. The league as a collective unit is set to obliterate the all-time record for a season. In fact, just last month Justin Smoak’s home run was the 1,070 of June setting an all-time record for a month. You could make your case that it’s both good for the game and bad. One thing is certain though, the longball makes it far more exciting. The long ball will always be sexy and we have some of the best young stars in the game this year. And no I’m not talking about Logan Morrison, sorry Logan. But the likes of defending champion Giancarlo Stanton and rookie phenoms Aaron Judge and Cody Bellinger to a name a few.

First round matchups I have a lot of chalk because I just love the young Sluggers. 1)Stanton over 8)Sanchez, 2) Judge over 7) Bour, 3) Bellinger over 6) Blackmon, and 5) Sano over 4)Moustakas in a close one. Then there’s the epic matchup of rookies in Judge verse Bellinger. This should be a joy to watch but I have Bellinger and his sweet lefty swing. Judge will hit BOMBs but he may get tired and soon realize it doesn’t matter how far you hit them. Then I like Stanton to beat young Twins Star Miguel Sano as he will be fatigued as well. The final matchup of Stanton verse Bellinger will not disappoint, but in the end, I have Cody Bellinger. Stanton is the defending champ at home but I think the pressure get’s to him at home and Cody pulls it out.

I’m just as hyped for the All-Star game as it both means something and the talent. The AL young talent is tremendous with some of the game’s best young stars like Carlos Correa, Fransisco Lindor, Mookie Betts, Jose Ramirez, Corey Dickerson, I could go on for days. The NL has a lot more vets in the likes of Zimmerman, Harper, Arenado, Murphy, Blackmon, and Posey. I’m an NL guy and going with them based on experience and pitching. Scherzer is starting it off, then Ray, Greinke, and Strasburg is just a formidable group. Don’t forget Jansen, Knebel, Davis, and Holland in the pen. A close one but NL wins and the MVP will be a reserve and the always underrated Paul Goldschmidt who will hit one out late.

My thinking for the Derby is somewhat in line with Sully’s. I think Bellinger and Stanton both make it to the finals. Stanton will have the easier road as the one seed, and I think Judge’s power will get the best of his stamina. Bellinger has the smooth swing to maintain the energy throughout the contest. A trait so often undervalued and overlooked. Where I differ is I think Stanton overtakes Bellinger in the finals. I think experience is the best trait or advantage to have in the Derby and it just so happens that the best player and the most experienced Derby participant are one in the same this year. Energy and familiarity will also be huge factors to me. Stanton will be in his home park with his home fans. That extra boost of adrenaline could be what he needs to get over the hump in the late rounds. Then again I’ve seen too much adrenaline ruin a Derby for some hitters.

I like the AL in the All-Star game, as I do every year. Give me an 8-6 final. For MVP, with so many stars and so little playing time, you have to look at the opportunity. Either the starters who are getting the first two at bats at least or the guys who will be up late in the game with a chance to make a game-winning play. Additionally the depth of the position. For me, two players that fall under these criteria could be the MVP.

First, Carlos Correa. There are only two shortstops on the roster so you know he’s probably going to get 3 at bats. That’s more than most are guaranteed. Correra is a five-tool player, in the midst of a great season, on the hottest team in baseball. He’ll have a chance to do damage early and draw first blood. If the AL can get out to an early lead and hang on then his impact early on will be enough for MVP.

Second, Gary Sanchez. Again there are only two catchers on the roster. Although Sanchez isn’t starting, you figure he’ll get at least two at-bats and they have the chance to be in meaningful late game situations. Although the Yankees have taken a major slide the last 25 games, Sanchez has been playing really well since he came back from injury. He’s had a couple of multi-homerun games. If he gets the chance, look for him to come up with a big hit late. I’ll roll the dice and take Sanchez as my official darkhorse pick to win all-star game MVP.

I am a Yankee fan so the easy decision for me would be to choose Aaron Judge or Gary Sanchez. I do think Judge will put on a show but at the same thing, he is such of a heavy favorite that he might not live up to the hype. I really hope he wins but I think Bellinger is going to steal the show and win. When it comes to the All-Star game I think the AL has it because they are more top heavy than the NL and overall a better team. I think Carlos Correa will win the all star MVP as well. He has been playing out of his mind all year and I look for him to keep it up in Miami.

D-Bloc:
I’m gonna go with Mike Moustakas for the derby. I think he’s got the strength and smarts to get the job done. I think the favorites (Judge/Stanton) are gonna overcompensate in the beginning rounds and gas out. Moustakas is as consistent as anyone, tallying 3 more home runs in the last 7 games. Give me the #4 seed 8 days a week. I tend to stray from the favorites and root for an underdog but I’m not mad about taking the guy smack dab in the middle.

ASG prediction must be the AL. The AL always wins. It’s like the sun rising, a guarantee. I think the AL has the better talent all around and it will show. I’m gonna go with a 7-3 final and Aaron Judge as the MVP. Enjoy!

This year’s home run derby is one of the most exciting derbies in recent history. There is a major influx of young talent that has the Derby buzzing now more than I can remember. You got the bash brothers from New York coming into the game with one leading the league in homers (Judge), and one who with one swing can launch an all 400+ feet (Sanchez). Then you have another young dinger-hitter in Cody Berlinger who is lighting it up in LA like a Hollywood red carpet, and Miguel Sano hitting bombs from Minnesota to the Dominican.  This coupled with the old guard in Giancarlo’s Stanton, Mike Moustakas, Justin Bour, and Charlie Blackmon should prove to be a formidable Derby. My prediction for the winner is Giancarlo Stanton, I know the buzz around the game is that Judge and Stanton are going to put on a show for the ages. However, I think Giancarlo’s takes it because of his pure strength and his familiarity with the derby. I believe judge and the other young guys will put on a show but the derby is a marathon and not a race. You can’t put everything you have into the first round because by the end you will flame out. Giancarlo’s experience and home run ability make him the clear cut winner in the 2017 home run derby.

I would like to start this off by saying that I love his year’s roster. For so many years people have made the all-star game purely on popularity and star power, I remember for many years Alex Rodriguez would be voted in over Evan Longoria when Longo at the time was light years better than Alex. However the fans got it right this time , and my prediction is that the AL just about edges out the NL for the win  . The AL features a dangerous lineup that consists of two of the best leadoff guys in the game right now ( Springer and Betts) who should bat one and two, then you throw in Aaron Judge , Justin Smoak, and Cory Dickerson who should fill the 3-5 spots looking like murderers row. It doesn’t stop there though, you have Jose Altuve, Carlos Correa on there which makes it three Astros players who are absolutely lighting it up this year. Pitching aside this lineup will be too much for the NL to match in my opinion, it has too much power, speed, contact, and big play ability. I’ll throw in my game MVP with it being George Springer, this guy has been an absolute animal this year, all doing it while being the lead off hitter. The guys has 27 home runs and is batting .310 while leading games off! He’s a BEAST! Watch out for him at the 2017 ASG.

Why: Why I think Judge wins the Home Run Derby, simple, in an event dominated by power hitters, he is the best. The HRD is dominated by not only power hitters, but power hitters with enough endurance to clear the wall consistently pitch after pitch. Giancarlo Stanton, runner-up, would have been my favorite if not for the emergence of superstar phenom slugger Aaron Judge. Some guys hit home runs, but no players hit home runs like these two guys. I see these two guys slugging it out, with Aaron Judge ultimately winning, because let’s face it, any lollipop thrown this guys way is being popped out at record velocity no matter where it hits his bat. Some guys just clear the wall, Judge clears the wall and some.

Why: This is a tough pick to make because let’s face it, your pick is at least 90% luck if chosen correctly. I think Daniel Murphy, who in my opinion, is the best pure hitter in the NL (Altuve in the AL), will win the honors. He is an amazing hitter and is going against the AL pitching staff which is not as talented as the NL staff of Kershaw and Scherzer. I see him going getting a couple of doubles and maybe some R and RBI to go along with them