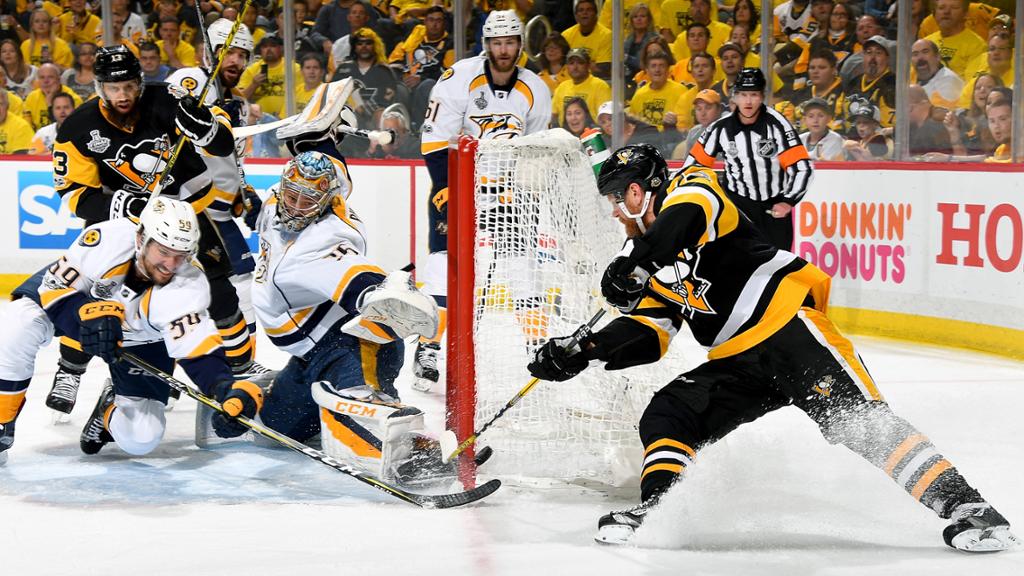 Welp, we are down to the potential last three games of the 2017 Stanley Cup Finals. Neither team has lost at home yet so you know what that means.. a game 7 in the finals could be possible, and in my opinion, probable. There is something about how each team plays in their home arena that makes them unstoppable. I mean, look at the scores: G1 5-3 Penguins, G2 4-1 Penguins. it was at this point where everyone, including me, thought *huh maybe Nashville isn’t that good. CHANGE SCENE TO SMASHVILLE. G 3 5-1 Predators. Let’s not forget this absolute gem from the Nashville crowd.

God, you have to respect the passion the city brings. Hopefully, this results in other fan bases joining in on the fun and starting their own chants or rituals or whatever you wanna call it. Nashville being in the finals is a blessing for the NHL, I don’t think we would have as many stories as we have. including the catfish throwing and the Subban-Crosby rivalry, which is perfect. You give a guy like PK Subban the stage and he will deliver 10 times out of 10. I digress, G4 4-1 Predators. LISTERINE GATE

Crosby came back and denied these allegations, naturally.

I don’t see how this series does not go 7 games. The pattern we have seen should continue tonight with another lopsided victory for the penguins, then the predators will answer at home with their crowd of savages followed by the penguins closing it out in the igloo.

A couple of key things to break the pattern and claim glory for both sides: draw blood first. Grabbing the momentum for the home team/ silencing the crowd quickly is an effective tactic (obviously). If you are the one getting scored on, stop the bleeding as quickly as possible. In game 2 we saw the penguins strike twice in a  matter of 20 seconds. There are 3 key minutes in a hockey game, the opening minute, last minute and the minute after a goal is scored. You need to be able to respond immediately or you will get steamrolled. These two teams know how to score goals and any mistake/hesitation usually ends up on the scoreboard. Tune in tonight at 8 PM for game 5. Best of 3 now. Let’s go.

Sit back and enjoy because you are gonna see two of the best teams playing at the highest level possible. Quite a sight.

My prediction: Pens in 7