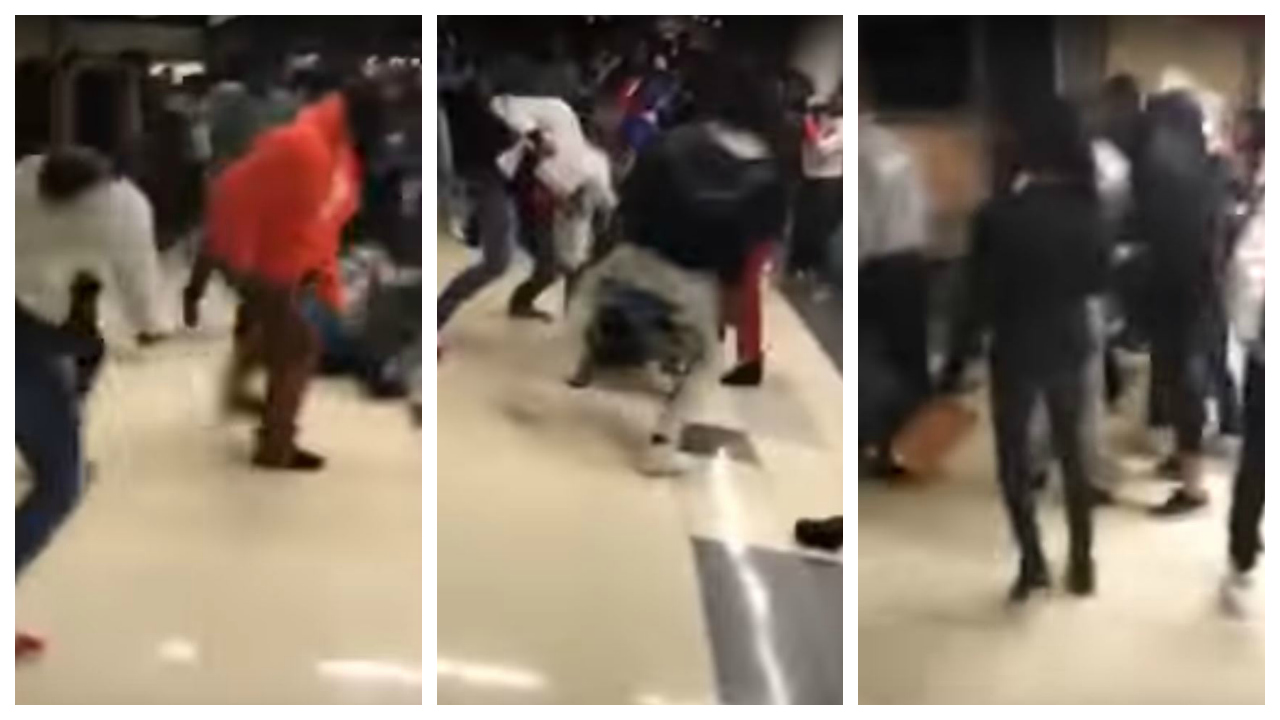 When you first see these fan fight videos from the stands or hallways at games, you expect a few guys throwing drunken punches while they spill beer all over the innocent family of four that’s been in the crossfire of a 3 quarter long cursing match.

Not in Chicago. No way brosé. Not when they host the biggest high school sporting event in the country, the McDonalds All-American High School Basketball game. The collection of the nation’s premier basketball talent. It’s like All-Star weekend for 18-year-olds. Chicago does not mess around when it comes to their sporting events. Fights at Bears games are practically a past time.

This is a legit fucking brawl. There are at least 10-12 people throwing HAYMAKERS. Girls screaming, hats, coats and most importantly, people flying everywhere. No popcorn or food tossing though, which I must admit was a little disappointing. I don’t even know if I saw a spilled beer. Then again real D- work on the camera man too. Real irresponsible of them to get this shaky of a video when a once in a decade type brawl breaks out in front of you.

I think we should feel most lucky no one was shot. You have any idea how many gun murders there are in Chicago, most of which I have to assume began with some type of fight at some point, A lot is the answer. I think New York might have fewer pigeons than Chicago does annual gun murders. I’m all set on getting in a fight in Chicago. Not a good situation.