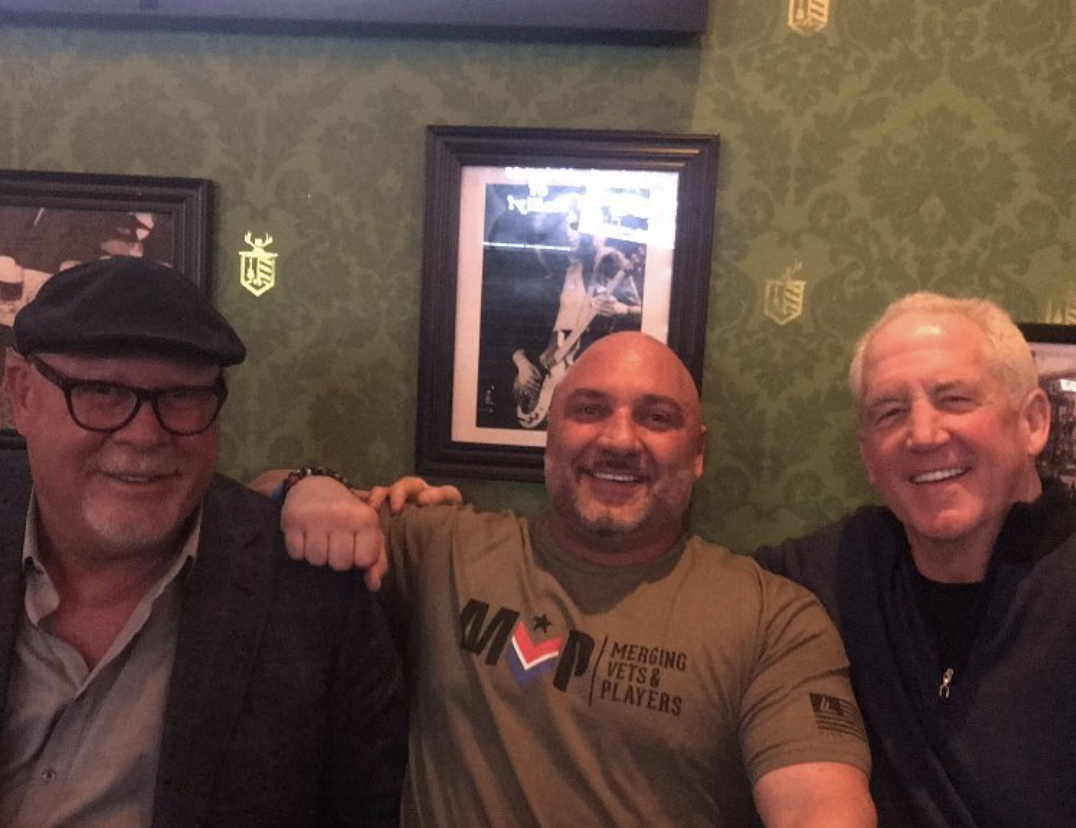 Sooooo about last night… had these two knuckleheads Bruce Arians and John Fox hit @rockandreillys with me to run up bar tab and oh by the way, after a few vodkas Arians said he was just messin w the world about #nickSaban to the @nygiants. Now,hmmm was that the Vodka talking? Bruce talking? Orrrr… a combo of the two hahahahaha. Oh and Foxie left a negative tip for the waiter and subtracted it from the bill. (Maybe the last part didn’t happen but it’s a great idea). #12strong #goodtimes #degenerates #stfuglazer

Well, well, well. A tale as old as time. Alcohol, natures original truth serum. The loveable liquid that releases all inhibitions and gets the real story every time. Now contrary to what you may think, or what you may think you know, Jay Glazer is the most well connected, well-sourced reporter in the NFL and it’s not close. Most of you probably had Shefty firmly planted at the top of your mental list for that one, but as much as I love me some Shefty, he’s not as connected as the bulldog jew himself, Jay Glazer. Everyone in the industry knows that and will tell you that, you don’t even have to take my word for it. Shit, Shefty himself might even tell you that behind closed doors. He’s gotta keep the brand intact in public.

You don’t see Shefty out boozing with two (former) NFL head coaches. No that’s Jay Glazer, working his magic without these guys even realizing it. Of course they’re friends, which is all part of the process of getting those scoops that no one else gets.

Last week Bruce Arians said that Nick Saban had a specific interest in the vacant Giants head coaching job and that he covets the opportunity. Everyone knows that Saban has ties to the Giants organization, so although a Saban back to the pros rumor seems to pop up at least once an offseason at this point, this one, in particular, seems to have held some water.

Well, turns out it might have actually been filled with vodka. Big Brucey was just keeping himself entertained in retirement, messing with us all. When you think about it, the vodka is probably right. Yes, there are obvious reasons why Saban might consider the Giants and I do believe if any NFL job would get him to leave Tuscaloosa, the Giants are near the top, if not cemented at the very top of that list for Saban.

At the end of the day though, it really doesn’t make sense for either side, other than the Giants getting a big name head coach or Nick Saban have a huge desire to prove himself on the biggest stage at the highest level, something he has yet to do. Not only has he yet to do it, he’s tried and failed. Trying and failing is not something Nick Saban often does, but that’s exactly what happened during his NFL stint in Miami, which is why he ended up at Alabama in the first place.

Saban has the best college football job of all time. he’s invincible, he owns the state of Alabama and is the highest paid state employee in the nation. He just tied Bear Bryant for the most championships if CFB history and cemented himself as the unarguable greatest college coach in history.

He makes around $11M, which is more than any NFL head coach. If Saban wants, he could ask for $30M a year and Alabama would have no choice but to give it to him and honestly, he’d be worth every penny. Nick Saban has brought in literally hundreds of millions of dollars in revenue to the university. $30M is a fucking steal for this guy. I think that’s what Saban’s ultimate plan is. Sure, he’ll flirt with the Giants, create some rumors and then go back and have his salary doubled by Alabama, Everybody wins, except for the kids of course. you know, the modern day slaves that work for free in a multi-billion dollar industry.

From the Giants perspective, there’s no real rationale. The Giants have never been the team to go after a huge big name coach. Especially one with nothing but NFL failure on his resume. Sure Saban would get asses in the seats, but that’s not the Giants issue. Sure he’d make for some great headlines, but that’s not the Giants goal. There’s no evidence to support Nick Saban will ever be a successful NFL head coach. His greatness lies in his ability to control every single aspect of a program and to recruit the top talent in the country, year in and year out. In case you all forgot, those two skills are not only completely useless in the NFL, theyre also downright impossible.

While this annual rumor is always interesting, that’s all it is, a rumor. I guess the lesson in all of this is, listen to the drunk guy, he’s usually the most truthful one.