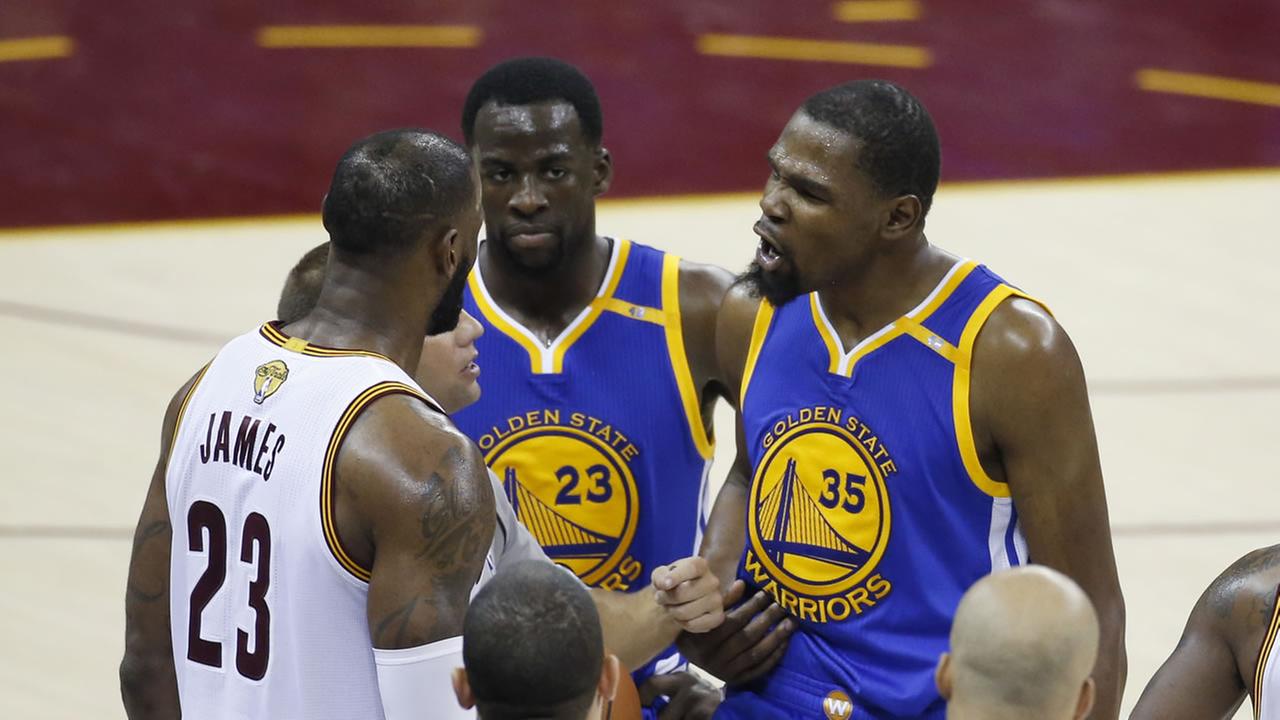 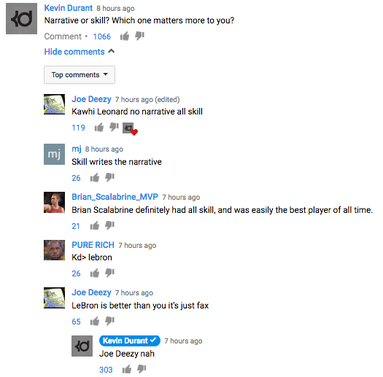 We’ve entered a new age of Kevin Durant. One that now has an NBA title and NBA Finals MVP award to go along with it on his resume. He’s got no more blemishes (in his mind). He’s officially out for blood. He knows he has a foundation to stand on now, a strong one and he’s not letting anyone forget it.

The one-word response says it all. No need to explain, no need to argue, no need to turn trigger fingers into Twitter fingers. Just “Nah.” You’re so wrong and simple-minded I don’t even have time to waste typing a response to you, that’s what KD is thinking. It’s been a real rough week for LeBron’s reputation around the NBA and the internet. First the Kyrie stuff, then he gets caught being the loser AAU dad who storms the court mid game to dispute a score, followed by being mocked for his dumbass work out dancing videos.

And now this. The NBA senses LeBron is weak. Kevin Durant senses LeBron is weak. The newly found lion of the NBA has to make sure he kicks LeBron while he’s down. Durant has never had this chance and he knows it could be going for a few years. KD has to pounce while he can. LeBron has been pulling moves like this for years while he’s been on top and when he’s won titles. You better be damn sure the rest of the world is going to capitalize when the scripts are finally flipped.