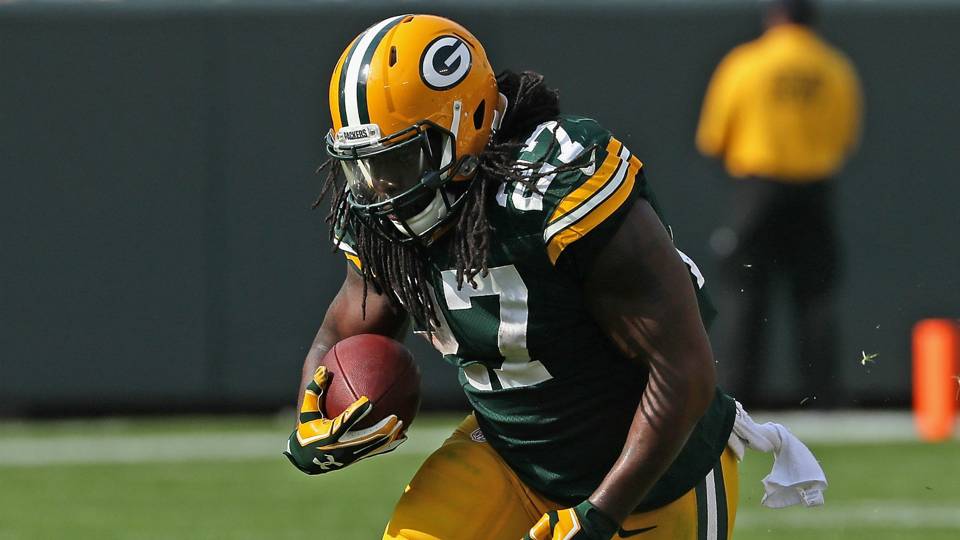 The Seattle Seahawks have come to terms with running back Eddie Lacy on a one-year deal worth $5.5 million. I’ll be the first to say that I think they’re biting off more than they can chew. Also by “they” I mean Eddie Lacy, I mean the guys fucking huge, and not in a good way. Lacy has weighed in as high as 267lb this offseason! Jesus Christ Eddie, no shit you can’t stay on the field. Mind you Eddie Lacy is listed at 234lbs.

I’m sure Seattle is trying to get back to the ground and pound game they had back in Marshawn Lynch’s prime. Eddie Lacy is no Marshawn Lynch and this Seattle line is nothing to what it was say in 2013. In 2013, the Seahawks had two pro bowl lineman in Center Max Under and Tackle Russel Okung, and oh yeah Lynch made it too. However, this line is completely different, in fact, last year it was atrocious. Russel Wilson was sacked 42 times, 6th most in the NFL, and that’s saying something how mobile he is. Although he was banged up him banged up is more mobile than the majority of the league. The Seahawks running backs also averaged just 3.8 yards per carry putting them at 25th, while from 2012-15 they were at 4.5 under Lynch. Just not the same.

Pete Carrol has been excited about the addition of Lacy and was quoted as saying “He’s a big man. I want him big. I want him big and strong.” Oh, Pete. I’m such a big Pete Carrol fan too I hate to be critical of him but c’mon man you know better. I think Eddie may remind Pete of one of his old players…

You know what I think Pete sees? LenDale White pre-fatness. White was a stud at USC under Carrol complementing Reggie Bush as they had a dynamic duo. He then went on to the Titans being the “Thunder” to Chris Johnson’s “Lightning”. He was an oustanding goal line back for both and punished defenses. Stop it right there and that’s what Pete sees, the potential, the White when everything was good, when he was explosive and his weight was under control.

But what I see is the White post-USC and first two NFL seasons. The White had so much promise to be a premier NFL back but had his career shortened from weight gain. Weight gain he attributed to “grandma’s cookin”. Yeah, I’m sure your grandmas a bomb chef LenDale, but no reason to throw away your NFL career Lardass. That’s what Eddie Lacy is now, White post weight gain. Lacy was a stud at Alabama, first-rounder and had two great years with the Pack. 1,100 yard each year and 20 combined touchdowns. He played at around 220-23lb then, this big back and weight gain nonsense is just an excuse. An excuse for being lazy and not putting in work on the field and gym, but instead work in the kitchen and at grandmas.

Is there a slim chance this could work out? I’m sure there is if he gets his act together and stops being a fatass and the Seahawks get serious help on their o-line. I just don’t see this being plausible, especially after a very quiet free agency. Packers coach Mike McCarthy said he likes Lacy when he’s lighter as his agility increases to go with his power. I’ll take his word for it. It’s just hard to stay healthy at 270lbs no matter who you are, so much extra stress on the body. I just hope Pete sees the light and keeps Lacy away from the donuts or it may be another tough year on the ground for the hawks.