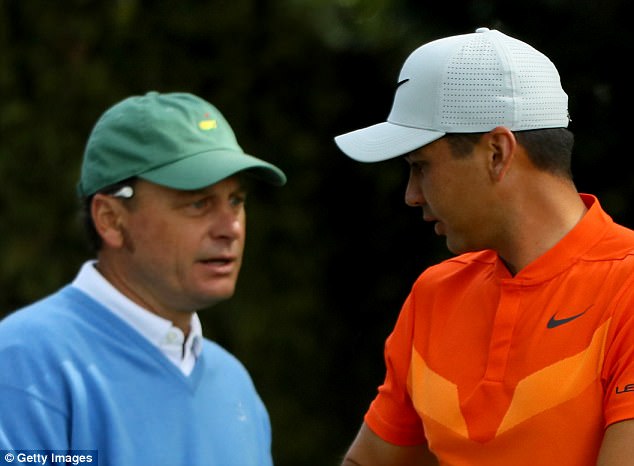 Where did this dude come from and why am I not him? Does it get any better than this? How did he get selected to be the member that plays?

As a scratch golfer who grew up working at golf courses for over a decade, this is the coolest thing to me and kinda surprised I had never heard about or noticed Jeff Knox before. I love that Augusta lets him play over some big PR grab like Condeleeza Rice or some high profile member like that playing. Letting her in was enough women at Augusta for now, we don’t need them playing in the most prestigious men’s tournament now too.

Yes, I went there, yes I said it, yes I will ruin you in this argument anytime you want and no I will not apologize for saying women members have no place at Augusta National. But that’s a conversation for another day. I can only be right so much in one day.

How about Jeff Knox actually being a legit golfer though. Do you think he wins some tournament at Augusta every year to be the one who gets to play should they need him? Or has it just become big Jeff’s annual honor at this point. He’s like a supreme court judge, it’s his post until he croaks.

How about the fact that he actually beats PGA tour pros. He beat Rory a couple years ago when playing with him?! You fucking kidding me? The number one golfer in the world and the dude filling in to make it even from Augusta National beats him. Is Jeff Knox the real life Tin Cup? Did Roy McAvoy change his name so he could enter the tour? If he is, he’s my hero. There is no more iconic golf scene or shot that McAvoy’s 12. “5 years from now, nobody’s going to remember the open, who won, who lost, BUT THEY’LL REMEMBER YOUR 12!” Yea I quoted that from memory, it’s my favorite movie of all time, no better ending to a sports movie in cinematic history, don’t @ me.

But 5 years from now, nobody will remember The Masters, who won, who lost, but they’ll remember Jeff Knox. Mainly because he’ll probably get to play again next year and we’ll do this whole thing again furthering the legend of Jeff Knox, A Legend amongst mortals.