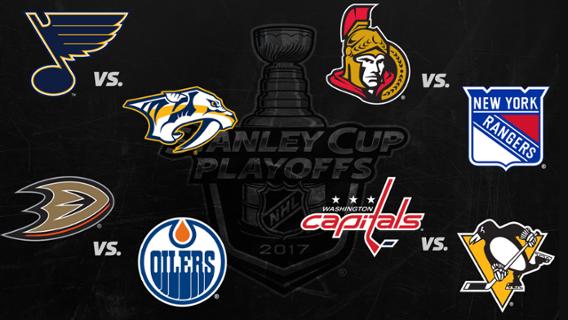 Well, that was an interesting first round for the NHL Playoffs, let’s take a look back and see what the hell went wrong.

Chicago. Chicago Chicago Chicago…. Nice of you to show up. Getting swept in 4 games after having the commissioner label that franchise as a dynasty really is something.

Gotta give props to Nashville, who was clearly the better team.  This is the point of the post-season where Nashville could break free of the stigma of never going past the second round. That being said, the predators are gonna have their hands full against St. Louis’s goalie Jake Allen. Allen had himself a series, posting a 4-1 record with a .956 sv % with an impressive 1.44 GAA, leading all goaltenders but one, you guessed it, Nashville’s Pekka Rinne.

All in all, I believe St. Louis had the better series against a better opponent and was playing the better hockey of the two teams. They have just played an overall more intense game than Nashville. The predators played a “meh” Blackhawks team that didn’t even seem to be in the series. Also, I am on record stating that Corey Crawford is one of the most overrated goaltenders in the league (even with 2 rings).

This is the marquee matchup that should draw a TON of eyeballs, fans of the sport and potential fans combined. Let’s hope this series goes 7 just so we can see arguably the best two teams face off once again this year in an exact rematch of last year’s semifinals. These are not the same teams from 12 months ago and I really do think the matchup is more balanced this year. Goalie wise, I’d have to give it to the capitals. The penguins never had to rely on their goalie to win them games and I doubt they will have to start now. The penguins seemed to have little trouble handling Columbus in 5 games.

The popular choice in this series is the Washington capitals, which is no surprise since it’s the “#CapsYear”. I’m gonna go against the crowd here and say the penguins are gonna pull this out. I think they have the better, faster more dominant team compared to Washington. There were a couple moments when people thought the Capitals were going to get upset by Toronto, myself included, which means they still have some issues that need fixing. Caps take too many dumb penalties that will cost them. Unfortunately, i don’t see the Capitals making it to the conference finals. Just like last year, or the year before that, or before that, or before that or before th- eh you get the point.

This is gonna be another good series that if you can stay up for those brutal 1030-1045 game starts you should watch it. This is the one series I actually predicted would happen so don’t mind me as I pat my back *pats*. I’m a big Cam Talbot fan but he let in some questionable goals in some loses for Edmonton. I mean c’mon, in game 4 the oilers lost 7-0, that’s unheard of. Worst loss in franchise history. The sharks scored a fucking touchdown on them. Not a lot of consistency there. I get it. They still won the series. I love McDavids quote after that loss “you don’t get 2 games for winning 7-0”.

Like I said last time, I’m all aboard the Edmonton oilers bandwagon. I just think Anaheim has too many weapons and they seem to be clicking on all cylinders. Anaheim has 5 players with 4 points or more only 4 games, including 3 players with 5 points. I think it’ll be a good series, but I fear this is where my oilers die.

Man oh man am I happy I have to eat my words on this one. Let it be known I’m a huge ranger fan, and lets be honest, going into last series you had to be worried because of the way they have been playing. I stupidly picked the Canadiens in 6 games because I thought the rangers defense would fail them miserably and for some IDIOTIC reason, I stopped believing in playoff Henrik Lundqvist. The only reason I think they took the series is Brendan Gallagher. That’s the sole player who enraged the rangers team so much that they actually decided to play tough. After every whistle there was shoving, pushing, and whole lot of shit talking. I loved every second of it. Lets pray that carries over into the next round. There is no reason why the Rangers should lose this series. I watched both Ottawa and New York games very closely and Ottawa struggled against a wounded bruins team and got some help by some of the worst officiating I’ve ever seen in a game.

Ottawa has that defensive style of playing that could cause some problems for the rangers and might cost them a game or two. I think eventually the rangers break through and keep the tradition of eliminating Canadian teams from the playoffs alive and well.