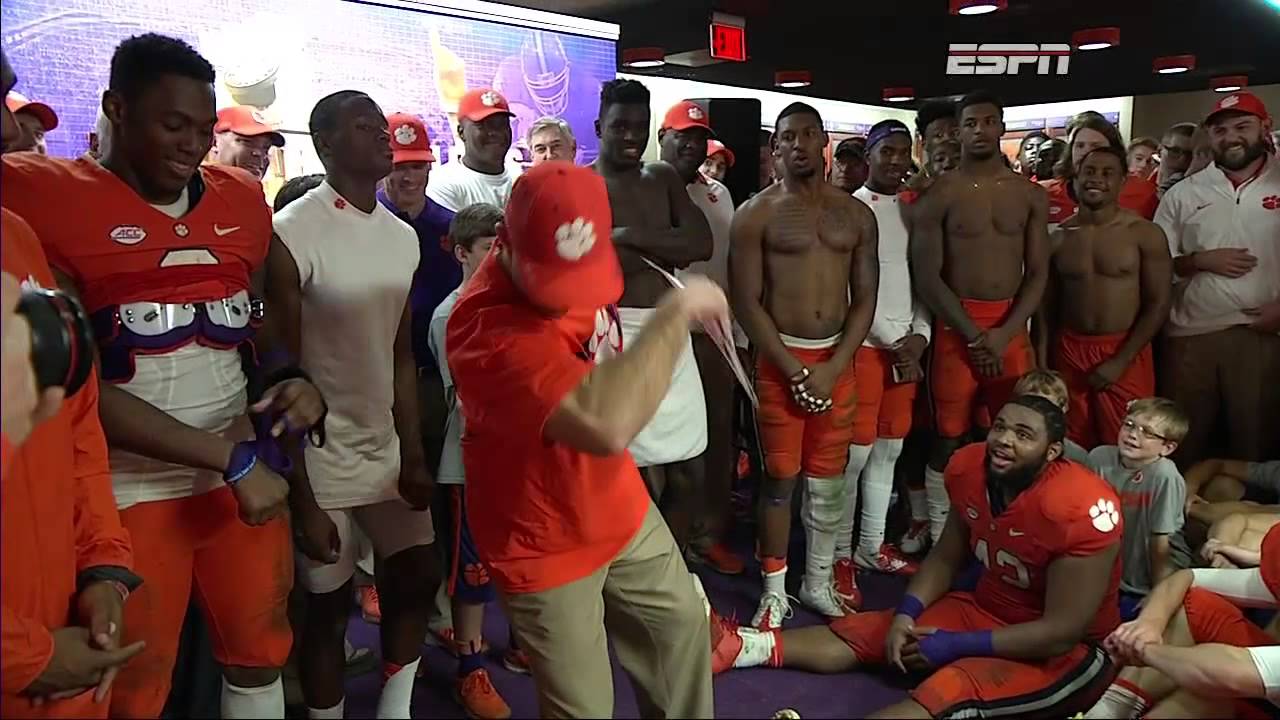 The chain is no more (via @omgyoungamaze)

This stuff is what makes college football so great. These rivalries run deep and there is real hate that precedes any of the current players. So because of that, you tend to see more of this type of stuff that might seem a little too juvenile for the “No Fun League.” You can just tell how excited Dabo was to be able to finally do this. This was most certainly planned from the getgo. While Clemson gets to do absolutely whatever they want in terms of insulting Miami following that 2nd-degree murder they committed in the ACC Championship, I gotta say, I’m a little disappointed in it.

The idea is great and the scene around it is awesome, but in 2017, when something is planned and you know for a fact it’s going to go “viral” then you gotta come at me with some more impressive props than that. A paper “U”? You get a somewhat real chain and tape a piece of paper to it? You’re better than that Dabo. The Turnover chain has become the biggest most well know college football prob, possibly ever (excluding trophies). I’ve seen 19 year old sorority girls with better Turnover Chain replicas. If Stephanie from Sigma Kappa can get a movie quality Turnover Chain then the defending National Champions should have no problems.

So again, the idea was great, the execution was sloppy. If you’re gonna troll someone, act like you’ve done it before, don’t half-ass it like a third grader’s first take-home art project.