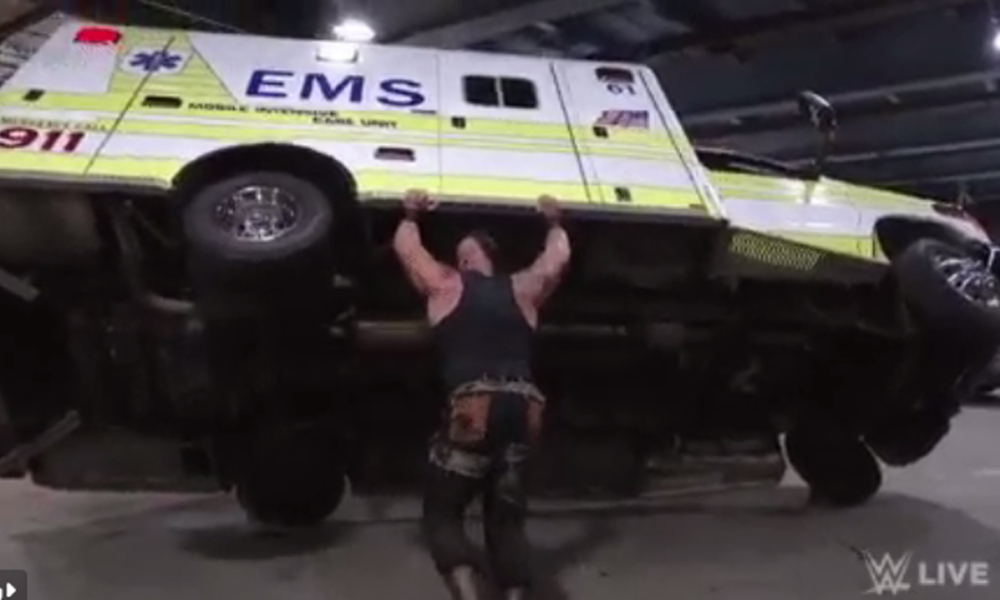 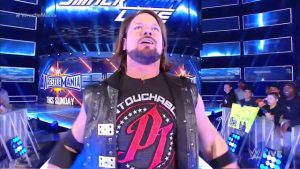 After a week of anticipation about the WWE Superstar Shakeup and what it is, I’m disappointed I still don’t know more after RAW and Smackdown.  No explanation as to what the process was for Superstars switching shows hurt this event, so if you missed these shows due to Passover, not to worry, I stayed up and watched the whole thing for you.  So let’s make like D-Generation X and break this thing down.

The awesome moments of the night need to start at the man called Braun.  To be fair, I was never the biggest fan of his work.  He seemed very generic and the most memorable thing about him is him screaming “BRAUUUUN” at the beginning of his theme song, but this guy grew on me!  To me, the highlight of RAW came when Roman Reigns was interviewed and interrupted by the “Monster Among Men” and brutally attacked Reigns.  After he was done, Reigns was put into a stretcher but then Braun returned to attack Reigns some more and throw him off the landing onto the ground.  While this was very campy and clearly a dummy in the stretcher and not Reigns, the crowd erupted for this moment.  What felt like a running joke, Reigns would be cleaned up and tended to again when Braun returns once more to attack Roman while in the ambulance and then TIPS OVER THE AMBULANCE!!! This was such a unique moment on the show and instantly made Braun a babyface because only in today’s world can brutally attacking/killing a nice guy can make you popular in the WWE.

As for the shakeup, RAW acquired The Miz/Maryse, Intercontinental Champion Dean Ambrose, Bray Wyatt, Alexa Bliss and Mickie James.  While there were others also added, these were the big names to the red brand.  This was all very exciting as Bray teased a feud with Finn Balor, Bliss getting involved in the Women’s Championship, Ambrose…is also on the show and Miz who was one of the more exciting heel’s on Smackdown.  I do worry about Miz getting lost in the crowded RAW roster, but the Miz has been so great lately I think he’ll break out.

So how did Smackdown do after RAW stole their top guys?  Not bad, but RAW has established itself as the winner in this one.  Smackdown opened with Kevin Owens as their first addition followed by Sami Zayn shortly after.  They also picked up Charlotte, which every fan saw coming as she wasn’t involved in the Women’s championship segment on RAW and who can forget about Byron Saxton on commentary (yes, even announcers moved).  With a crowded RAW tag team division, Smackdown picked up the longest reigning tag champs of all time in The New Day, though they didn’t appear on the show.  Smackdown has some great talent on top with AJ Styles, Shinsuke Nakamura, Kevin Owens and Randy Orton, but I believe they are going to be hurting without a top heel to challenge Orton for the championship once Bray Wyatt loses to him at Payback.

Some of the more head-scratching moments of the shakeup starts with The Miz and Maryse to RAW.  Miz has been owning Smackdown and I could see him challenging and even winning the championship (with shenanigans of course) at some point in the future.  Now on RAW, he has no feud with Daniel Bryan or Talking Smack to really showcase his skill set of trash talking.  Through his Smackdown push, he had a match with John Cena at WrestleMania.  Now, he is back to feuding with Dean Ambrose for the mid card.

Also, with no Brock Lesnar in sight and Randy Orton put in a midshow match with Eric Rowan, the main events of both shows were the centered around the mid card titles.  While this can be cool and both matches were entertaining, I wanted something bigger to come from these main events.  Smackdown crowned a new #1 contender for the United States Championship in AJ Styles and Ambrose defeated Kevin Owens in a champion vs. champion match that had minimal storyline significance except for Chris Jericho attacking Owens at the end.  My point is, while both matches were great, doesn’t this seem like a demotion for AJ Styles?  He was a former world champion and like Dean Ambrose and Kevin Owens, they are competing for a lesser title, just because!  If creative doesn’t have a main event spot for you, rather than book a meaningful feud, these guys are sent back down a level.

Also, can we do something with the new NXT guys?  While Nakamura and the Revival are over with the crowd, for now, there is no explanation for weeks as to who they are.  While Nakamura will probably be fine, The Revival can suffer similar fates as the Ascension, Vaudevillains and lately, American Alpha as teams that were over with fans in NXT and then flopped on the main rosters.  Let’s get some video packages or backstage segments giving some background to the casual fan so they aren’t lost in the shuffle like an Apollo Crewes.

Last point, after waiting months for Finn Balor to get healthy, I was disappointed that one week after his return, he had a pointless match with Jinder Mahal and even more disappointed that Balor is injured AGAIN!  Rumors circulating that the demon king, suffered a concussion at the hands of Mahal so it looks like Balor is going to miss some time again.

Overall, the Superstar shakeup had its moments, but they never explained the rules.  Were Superstars traded? Drafted? Signed as free agents?  Nothing was EVER said so as the viewer, I’m wondering how/why every person was moved.  Classic storytelling.