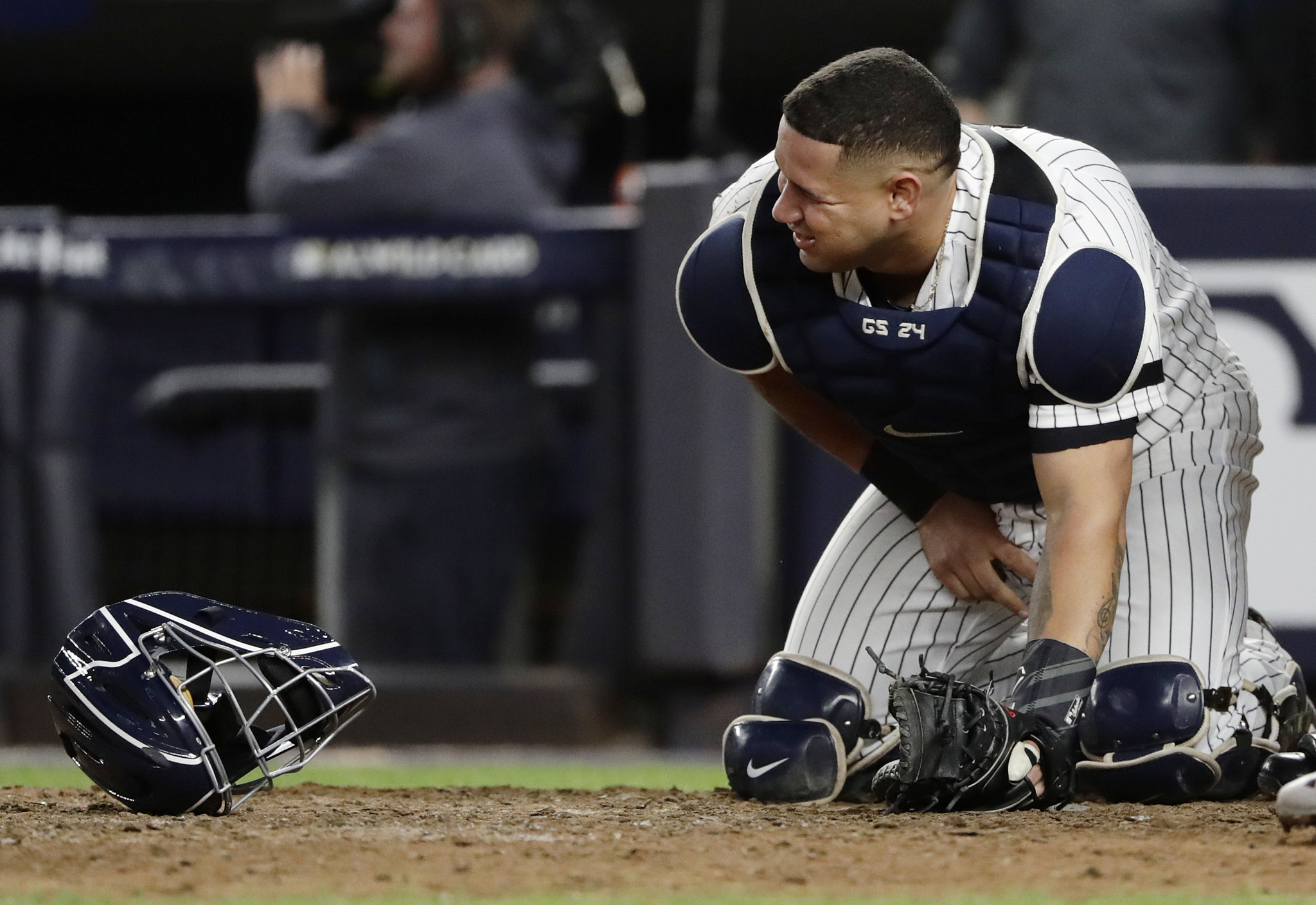 That’s the worst-case scenario for a catcher right? It’s gotta be. Cup or no cup, that’s the most painful thing on earth. Especially since it was so unexpected. You can see it hits at an angle that really does not bode well for Gary. Him being able to continue playing after that might be his most impressive feat of the year. And he was the best hitting catcher in all of baseball.

Props to Gary for having balls of steel and defying physics by being able to function as a human being after this. There are few things that are more debilitating. I think every guy in America had the exact same reaction as David Roberton. If I’m him, I feel worse about that then hitting a guy square in the dome. Give me a concussion over what happened to Gary Sanchez any day of the week and twice on Sunday.